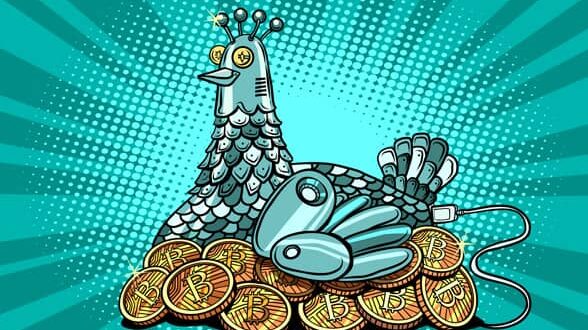 Mississippi has been one of the pioneers of sports betting. Yet, as betting technology progressed, the state slowly started falling behind. That will now change.

That isn’t to say there aren’t efforts to make a change. The Scarlet Pearl Casino in D’Iberville has recently installed a cryptocurrency ATM. According to the betting venue’s chief executive, LuAnn Pappas, this cements it as the first casino in South Mississippi to have one.

The cryptocurrency ATM allows people to directly convert crypto to physical cash, which they later can use to play games. This makes it especially convenient for bettors who also do cryptocurrency trading.

The state of Mississippi doesn’t allow people to use cryptocurrency directly when placing a bet on a slot machine, but cryptocurrency ATMs don’t have any such restrictions. The Mississippi Gaming Commission hasn’t completely ruled allowing casinos to go cashless in the future.

The commission’s executive director, Jay McDaniel, said that the COVID devastation has opened the way for the cashless discussion. It is possible that in the future, Mississippi will follow Las Vegas’ lead where cashless options are permitted.

“It’s really up to the operators at this point,” McDaniel said, confirming that the commission will consider allowing casinos to implement cashless options, should operators request it.

The manager of Harrah’s Gulf Coast in Biloxi, Jonathan Jones, argues that implementing tech solutions such as crypto ATMs will bring in more engagement from younger people. According to Jones, millennials like to do everything cashless, be it through cards, mobile wallets or applications. More cashless options will be welcomed by this younger demographic.

Jonas estimated that getting cash from an ATM and then exchanging it for chips can take up to several minutes, which can discourage young people who like living at a faster pace. Jonas remarked that land-based casinos are one of the few places that rarely offer any type of payment other than cash.

Things are beginning to change as millennial players will soon get more tech tailored to their needs. Jonas pointed out that a new sportsbook, blackjack and poker terminal will soon be implemented in Harrah’s Gulf Coast.

Cashless options aren’t the only thing Mississippi lacks. Despite mobile betting bringing in millions of revenues in other states, it is yet to be legalized in Mississippi. The COVID-19 pandemic has led many bettors to prefer forgoing the community element and wager safely from their house.

Jones noted that Mississippi is a little behind other states where mobile betting has already accelerated the industry’s growth. Pappas argued that “a little behind” is understating it.

However, McDaniel noted that whether it will be legalized or not, will depend on the legislature.