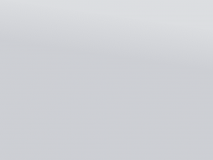 CoinGate, a crypto payments service, has announced the official integration of Shiba Inu (SHIB) within its offering, allowing traders and merchants to use the token. According to the blog post on its official website, CoinGate users, merchants, traders and Gift Card Shoppers can now accept, buy, trade or spend this meme coin.

The company pointed out that people would be able to purchase the coin at a 1% rate through its trading system, allowing over 500 CoinGate merchants to accept Shiba Inu as a means of payment for their shoppers. That said, gift cards with SHIB will be available through CoinGate’s store.

“We believe that every currency can be a paying currency, therefore integrating Shiba Inu is a fascinating step for our community,” the crypto payments service highlighted. “Shiba Inu and Dogecoin have been the most popular meme coins of 2021. They both have huge support from the community, which is built around the tokens, and they both gained their popularity from the hyped-up social media posts. Oh, also, they’re the same breed of dog,” it added.

Blockchain Regulation Certainty Will Bring In Institutions CertainlyGo to article >>

Shiba Inu, which is marketed as a Dogecoin killer, saw a significant surge in recent months. It has even become one of the fastest-growing cryptocurrencies. Additionally, the Dogecoin rally earlier this year received mainstream attention as Elon Musk, the world’s richest man, turned out to be one of the major proponents of the meme token, constantly tweeting in its support. Furthermore, it received a push from other celebrities across the industries.