Stake.com, the Biggest Cryptocurrency Casino in the World, Has Secret Aussie Origins – GamblingNews.com 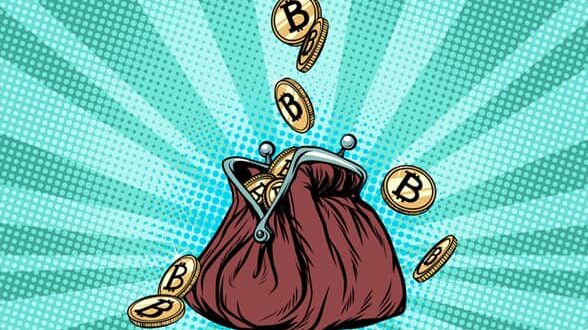 Considered the most successful crypto casino brand on the planet and running a highly successful sportsbook, Stake.com is apparently owned by a company based in Curacao. A complex investigation done by the guys at The Age and Sydney Morning Herald has, however, revealed that the brand might actually have very close ties to Australia.

Stake has processed tens of billions of sports and casino wagers to date since its official launch in 2017, with 30 billion bets covered on a yearly basis. The brand is also the official sponsor of Watford FC, an important football club, part of the UK Premier League, as well as the official cryptocurrency betting partner of the Ultimate Fighting Championship (UFC).

According to public information available on the Stake.com website, Stake is owned and operated by Medium Rare N.V., a company registered in Curacao. The Medium Rare brand has been operating since 2017 under its Curacao license. Despite its casino operations being apparently managed by the business based in Curacao, Stake.com seems to actually have Australian origins. Specifically, according to a complex investigation by the Sydney Morning Herald and The Age, the brand is the product of Easygo Gaming, an Aussie start-up based in Melbourne.

Top employees at Stake.com apparently work out of their Easygo offices on Collins Street, in the middle of the central business district in Melbourne. There, they are busy developing iconic Stake Originals games, even though, at a first glance, they seem to be standard video game creators eager to grow their own start-up.

A quick look at their social media will show the crew sharing team meals, going on chill boat trips, and playing wheel spinning games for iPhone prizes. Nonetheless, the rather innocent picture they are trying to paint seems to be hiding a darker secret: Easygo owners are actually responsible for directing Stake.com operations.

In a wagering industry that is worth $25 billion a year, the news couldn’t go unnoticed. In fact, it immediately caught the attention of a number of anti-money laundering experts, while also triggering anxiety among Aussie punters and casino players who suddenly started to fear something might happen to their own money and operations in light of the recent revelations.

Advocates who are constantly expressing their powerful anti-gambling beliefs consider the news as yet another disturbing example of how deeply rooted the idea of gambling truly is in Australia.

The Age and Sydney Morning Herald’s investigation spread across six long months during which it was discovered that the founder of Stake.com is none other than 26-year-old Edward Craven, Easygo shareholder. Craven was working with 28-year-old business partner Bijan Tehrani in their Melbourne headquarters at the time Stake.com was founded.

Online casinos have been outlawed in the land Down Under for over twenty years. However, a regulatory loophole allows gambling companies to run their operations from within the country, as long as their services and advertising never reach players and punters based in Australia. Mind you, Stake.com has been blocked in certain jurisdictions around the world, including France.

The company’s name was also brought up around the time Twitch streamer Tyler “Trainwrecks” Niknam had a meltdown, disowning gambling after he had been reportedly raking in a good bit of money to promote the brand. At the time, Jeff Ifrah, a famed gambling lawyer, said that streamers such as Trainwrecks may end up breaking US law as they were promoting unlicensed operators.

Stake.com, though has been trying to present itself as a fully regulated operator (which it is in many jurisdictions) while also trying to avoid customers from prohibited countries as seen by the terms and conditions on the website.

Since Stake.com is fully registered and licensed in Curacao, it was able to take advantage of this regulatory loophole, the media publications now claim. The company is exempt from Australia’s anti-money laundering regulations, thus managing to fully exploit the regulatory loophole.

The company took wagers worth $12 million on the outcome of the American elections, while its sponsorship of Watford FC costs the company $9 million a year. At the end of November, Stake.com has shown its support for the LGBT+ movement as well as the Premier League Rainbow Laces campaign by unveiling its branding for the game between Chelsea FC and Watford FC.

The remarkable growth of the company also comes because of the explosion of gaming and sports betting that took over Australia during the coronavirus pandemic. Anti-gambling advocates insist the loophole should be permanently closed to stop taxpayers and the government from being ripped off, as well as to further prevent the brand from further operating in the country with the greatest gambling losses per capita.

Officially, Stake.com would only break the Australian gambling laws provided Australians would be able to access their website. Doing this is not, apparently, all that difficult. Players Down Under would only need to use a VPN, an existing cryptocurrency account, and a home address to access the site from Australia. The Aussie law does not require operators to check whether these addresses are based in the country or not prior to enabling registering players to access the casino.

According to counter money laundering expert Neil Jeans, Stake.com has been dancing between the Aussie legislation raindrops. It has done this by structuring itself in a way that enables it to legitimately avoid AML/CTF scrutiny at a global level via its Curacao registration and licensing.  Whether the current legislation will suffer any changes in the future, remains to be seen.