The Metanauts Club: The one stop all solution for your NFT and cryptocurrency needs – Deccan Herald 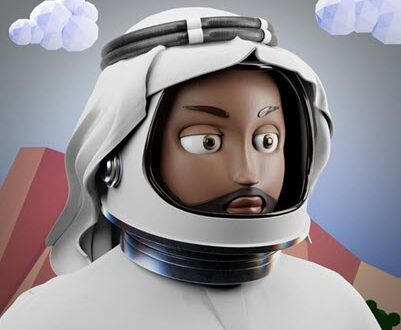 The Metanauts Club is an integrated one-of-a-kind firm into NFT projects which has been the new talk of the town.

The world has witnessed humongous rate of developments across diverse sectors in the last couple of decades. With new cutting-edge technologies, latest advents and advancements now becoming an integral part of our systems and processes, it is imperative for all of us to accept it with both hands and experience the magic. One sector amidst many domains which has skyrocketed in recent times attracting many potential clients and investors is the NFT and cryptocurrency space. With tremendous response already coming from masses, it is an sector to stay in the longer run and also attract many more millions of investors in coming time. We came across one such firm named The Metanauts Club which has been in the NFT and cryptocurrency space and making a lot of noise among investors and clients.

Spearheaded by a group of passionate professionals, The Metanauts Club hold the highest rank of NFT’s so far which has been catapulting them to become an household name in the market. They cater to an elite list of clientele, from major celebrities, VIP’s, to prominent personalities. The Metanauts Club allows you to hold the value of the NFT which can be resold at a higher value with subsequent royalty fees. The NFTs themselves function as a membership pass for their clients allowing them to have the exclusive rights of membership to a community of hyper-successful investors and professionals, along with celebrities and experts in many fields. Some of the well-known personalities who are already proud clients of The Metanauts Club include former world boxing champion David Haye, Real Madrid star Marco Asensio, Germany national team player Jerome Boateng, and former AS Roma player Mehdi Benatia, as well as the legendary Ryan Leslie and top notch and high-end artists such as Swiss Beatz, Maleek Berry.

The Metanauts Club’s astronaut-themed collection of digital art has been loved by all of their investors and members. With the world swiftly moving in the direction of NFT’s and cryptocurrency, The Metanauts Club has become one of the most seek and sought-after firms in the digital financial industry. We are certain of the fact that they will revolutionize the digital financial industry in coming time as well.