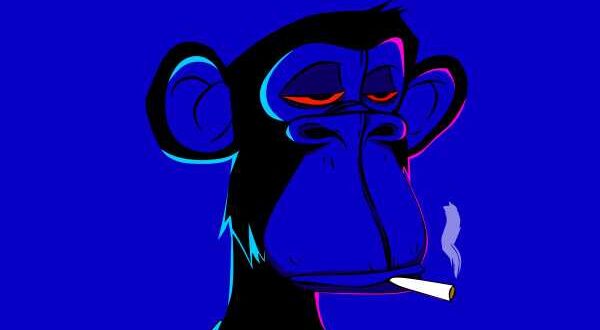 The nonfungible token (NFT) space is one of the fastest-growing areas in the cryptocurrency industry, with the trading volume growing by more than 40,000% in 2021.

I am an ape! #community #art #BoredApeYC pic.twitter.com/iOe3E0H2t6

The soccer star also purchased Ape 5269 – for which he paid 189.69 ETH (above $500k at current price). Neymar Jr. went on to change his profile picture to that of the NFT he purchased.

In addition to the BAYC NFTs, the soccer star also owned some nonfungible tokens, including one from the ACESnikers fashion collection, the Flipped BAYC, flipped CryptoPunks, and flipped Doodles.

The past few months have seen numerous celebrities enter the NFT space. On January 3, American rapper Eminem became the latest celebrity to acquire a Bored Ape NFT for over $450,000.

Actress Lindsay Lohan announced earlier this week that she would launch an NFT collection soon. The NFTs will be available for sale on the Superfandom marketplace.

The NFT space is expected to gain massive adoption over the coming years. Earlier this week, Meta, the parent company of Facebook and Instagram, announced that it is planning to enter the NFT space. This comes after the company entered the metaverse space last year.

Don’t miss a thing! Sign up for a daily update delivered to your inbox