New cryptocurrencies have frequently been surfacing in the crypto market, and some of them vanish overnight after wiping off the money from investors.

At the beginning of this year, celebrity Kim Kardashian and professional boxer Floyd Mayweather were sued over allegations that they misled investors while promoting a lesser-known cryptocurrency called EthereumMax.

Now, a social media influencer named Ice Poseidon is under fire after it was alleged that he stole US$ 500,000 from fans through his crypto project, which is now abandoned.

What are the allegations against Ice Poseidon?

A Twitter user named Coffeezilla, who describes himself as an internet detective exposing scams, said that Ice Poseidon has admitted to taking the money from his fans through a crypto scam called CXCOIN.

The CXCOIN website described the project as a platform for streamers and content creators to receive support through virtual assets. 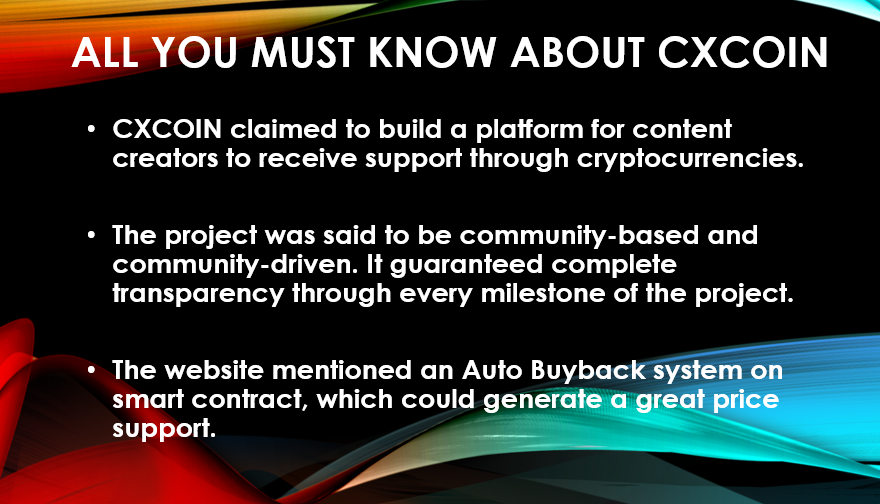 The Twitter user wrote Ice Poseidon claimed that the cryptocurrency project was a long-term play and promised supporters that he would not pull the rug on this project. However, it now remains abandoned.

Coffeezilla claims to have confronted the social media influencer, who admitted taking the money from his fans and has no intention of giving back the money as he will look out for himself.

The Twitter user is reportedly asking people who have been duped off their money to report this scam with the Internet Crime Complain Center IC3, a Federal Bureau of Investigation website, for online criminal activities.

The cryptocurrency market is highly volatile, and those indulging in making investments in virtual assets must be aware of the ups and downs of the market.

It appears that investing in newer cryptocurrencies is a high-risk job, and it is essential to be cautious before investing.

Also Read: What is Tectonic (TONIC) crypto? All you need to know