Investors must consider risks when investing in cryptocurrency – Tufts Daily 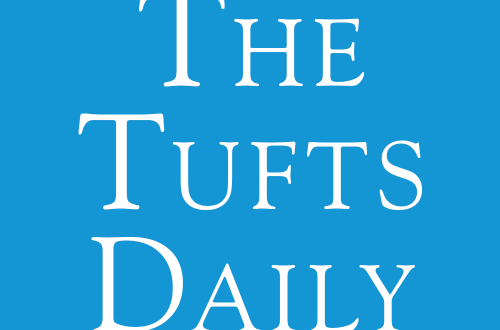 From celebrities appearing in cryptocurrency commercials to the repetitive, self-proclaimed investing gurus on TikTok, cryptocurrency has grounded itself in social media and pop culture. However, its swift growth on the internet has exposed many of the dangers of the business. While investing money is smart, and a new realm like cryptocurrency is encouraging for people looking to make money, the lack of understanding that most people have of cryptocurrency is frightening. Cardify, a market research platform, conducted various studies on the state of cryptocurrency in recent years and found that over 83% of investors reported having only a moderate to low understanding of what they were investing in. As people are bombarded with information about cryptocurrency online, many feel pressure to get involved without any knowledge of the business, for fear of missing out. This trend of rash decision making, especially with something as volatile as cryptocurrency, has the potential to lead to significant loss.

Vox published a graphical representation showing the volatility of cryptocurrency by comparing the correlation between Bitcoin’s value and the content of Elon Musk’s tweets. For example, Bitcoin values fell when he announced that Tesla would no longer accept bitcoins as a form of payment but promptly rose again a month later when he tweeted that Tesla would resume its acceptance of bitcoins. The fact that investments in Bitcoin can be so easily influenced by something as trivial as a tweet presents a huge risk to those who have invested sizable sums of money in cryptocurrency. However, with a market value of over $40,000, it seems as though many people still have faith in Bitcoin.

But what exactly is Bitcoin, and why is it attracting such large audiences?

Bitcoin combines the advantages of hard and soft currency. It has the benefits of cash in the sense that transactions can be more difficult to track to specific user identities. On the digital side, its versatility allows it to be used to access a wide variety of goods and services, and its transactions are not regulated because it uses a decentralized system of storing transactions called the blockchain.

This decentralized structure allows the regulation of cryptocurrency to be done by “miners” who are responsible for adding and validating transactions to the blockchain. These miners are rewarded with an amount of cryptocurrency so that they are encouraged to mine more and keep the chain going. This means that cryptocurrency is based on a collective authority, with no fixed regulation, which makes it easy to be used for illegal activities.

Another manifestation of the high risks of cryptocurrency comes in its security, or lack thereof. Because cryptocurrency is digital and traded through online exchanges, the safety of your holdings is often dependent on the safety of the service. Even the most stable cryptocurrency coins are not always safe investments; online trading websites can fall victim to hacks. A report was released, claiming that a total of $11 billion worth of cryptocurrency has been lost to hackers between 2011 and 2020. The amount of money stolen over the last decade should make us question how safe it is to hold money on exchanges, even if people are usually reimbursed.

Even though cryptocurrency markets will continue to exist independent of each other because of their decentralized structure, the amount of money people invest in cryptocurrency should be carefully coordinated to ensure that the volatile nature of the currency will not cost them a fortune. It is important that investors are aware that the cryptocurrency market is based heavily on speculation, is volatile, may be vulnerable to hackers and offers a convenient medium for illegal activities.