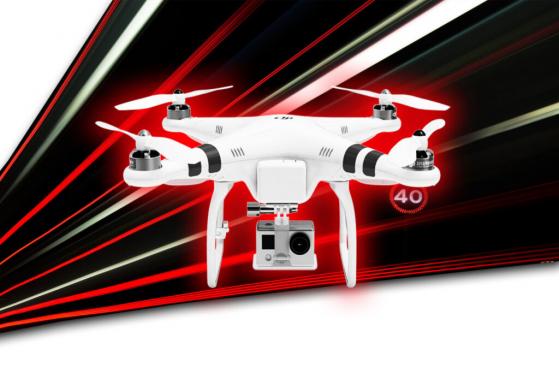 Touting a young audience with deep affinities for digital video, DRL is also streaming their season on Twitter, ran.de, Viaplay, Star+, Weibo (NASDAQ:) and Yhizibo, showcasing the best of esports and real drone racing to their global fans. China is the league’s second largest market behind the United States, where DRL is the most followed drone brand on Weibo. In the U.S., average P2 viewership of DRL on NBC rose and internationally, digital streaming of DRL races skyrocketed over the past year, which saw 20% more viewership than the previous season globally on Twitter – including a record viewership on their Championship event with around 40mm views. The league also tripled their viewership in China. With new international broadcast agreements, new global partnerships, and new ways for fans to engage with the sport, the league’s global awareness is projected to rise once again, on the heels of a 25% lift from the prior year.

“The Drone Racing League is on the fast track to take its place among the major leagues. Over the past year, we’ve dramatically scaled our sport through A-list talent recruitment, in-depth fan research, and innovative partnerships with top global brands and media platforms. We’ve got an incredible team, the most tech-savvy fans of any sports league in the world, and a massive global distribution network from the U.S. to China that has doubled our reach and fanbase,” said DRL CEO/Founder, Nicholas Horbaczewski.

“DRL is one of the most exciting new properties in sports, and offers sports media platforms thrilling content. The exhilarating drone racing action has captured millions of fans worldwide, leading linear and digital platforms around the world to want to partner with DRL,” said Daniel Cohen, Senior Vice President of Global Media Rights Consulting, Octagon.

“We’re excited to watch DRL and drone racing continue to grow, as the league and sport reaches new and larger audiences.” DRL’s fanbase of young, global, tech-obsessed fans that they dub the “tech-setters,” do not follow traditional sports or esports, but love tech-powered sports like drone racing. The tech-setters also love social media and are fueling DRL’s 400% growth on TikTok in the past year, causing the league’s videos to continue to go viral. DRL will deliver more next generation fan experiences for their tech-savvy audience with their partners including Algorand, the leading high-performance blockchain platform, T-Mobile, America’s 5G leader, Allianz (DE:), a global leader in insurance, Draganfly, industry-leading drone solutions and systems developer, the United States Air Force, the world’s greatest air force, Playground Labs, a play-to-earn gaming affiliate of crypto-investment fund, Hivemind, Nacon Gaming, makers of premium gaming products under the RIG and Nacon brands, and Genius Sports, a global leader in sports data and technology.

During the 2021-22 DRL Algorand World Championship Season, the world’s best drone pilots raced high-speed drones in spectacular courses across all dimensions. The elite pilots aimed to dominate 14 Levels of racing through iconic sports arenas and DRL SIM virtual maps to be crowned the World Champion.

Georgia punches well above its weight for Bitcoin mining: Report By Cointelegraph – Feb 21, 2022

At first glance, the pint-sized Republic of Georgia is an unlikely suspect for Bitcoin (BTC) mining activity. An underdog for mining, the country boasts abundant hydropower while…

Future of finance: US banks partner with crypto custodians By Cointelegraph – Feb 21, 2022