US must embrace cryptocurrency to protect americans | Eedition – Martinsburg Journal 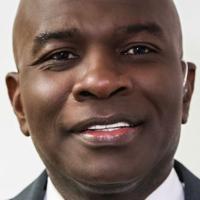 In the dark corners of the internet, faceless and nameless individuals whose identities are unknown by the government stare intently at their computer screens as they write thousands of lines of code. These anonymous individuals are like the cowboys of old, galloping across a deserted and mostly unregulated land. Only this isn’t land; it’s the internet. And these cowboys aren’t robbing banks; on the contrary, they’re creating money and selling it. This money is known as cryptocurrency.

You might have heard about cryptocurrency before, from Bitcoin’s near $1 trillion market valuation, or as the favored means of payment on the notorious drug and arms website, Silk Road. At its most basic level, cryptocurrency is a string of computer code that is stored in “blocks” on a decentralized and distributed ledger known as the blockchain. There are many blockchains, each with its own set of rules that must be followed by computer code in order to be accepted of it. In essence, the blockchain may be compared to a classic paperbound ledger that is shared among many individuals. Every transaction is recorded in that ledger, and each transaction preserves a record of the transaction that came before it. When a new transaction is validated by a majority of the ledger’s holders, it is instantly added to everyone’s ledger. Now, in reality, this ledger is not kept by “many” individuals; at the time of writing, it is believed that over one million people hold this ledger in just Bitcoin alone.

Giving just about anybody the ability to create a cryptocurrency can create a situation where bad actors can engage in fraudulent behavior. A “rug pull” is one of the most profitable and complex forms of fraud that takes place. Here’s how it works: to begin, an unscrupulous programmer will write code that follows the rules of a certain blockchain network. Because they control the supply, they then surreptitiously move a significant portion of the supply to their own cryptocurrency “wallets.” They will next attempt to develop prominence by enlisting the help of social media influencers and celebrities to unknowingly promote their cryptocurrency scam in order to generate more buzz and gain legitimacy. Many of these promoters are compensated in the cryptocurrency that they push, making their work incredibly lucrative because many of these cryptocurrencies climb by 1,000% or more as they achieve widespread popularity. Finally, when the cryptocurrency’s creators are satisfied with their earnings, they will sell everything they own, potentially resulting in a windfall of millions of dollars while simultaneously driving the price to plummet, leaving its investors with nothing but a useless chunk of computer code.

For far too long, lawmakers have acquiesced to this sort of behavior, allowing scams to run rampant, and billions of dollars to be stolen. The United States government has failed to intervene in such a way that these sorts of frauds have grown in number and complexity, generating over $2.8 billion in fraudulently obtained profit for scammers engaged in rug pulls in just 2021 alone. Some lawsuits have been filed by the federal government, such as one against the cryptocurrency Ripple for failing to register as a security. However, using traditional security regulations on cryptocurrencies is ineffective and fails to account for the cryptocurrency’s complex and ever-changing nature.

Providing a veil of anonymity is not necessarily a bad thing; the benefits of anonymity for anybody willing to engage in a cryptocurrency transaction, according to most experts, significantly outweigh the disadvantages. Indeed, it is precisely this anonymity that has the ability to make the economy significantly more secure for all parties involved in every transaction.

To begin, in terms of anonymity, the ledger is distributed anonymously in a decentralized network that is held by millions of people around the world, so no single person can be identified simply by engaging in a blockchain transaction; only their wallet number is publicly available, and it cannot be traced to any specific location. Second, in terms of security, it is nearly impossible to alter the blockchain and create fake transactions since more than half of the ledger owners must confirm the transactions authenticity.

Many experts predict that cryptocurrency will be the currency of the future. While this change may appear difficult to accept, it is not unprecedented. Ninety-seven percent of all currency is digital, aka strings of computer code, so simply changing the way we conduct our transactions to be more secure is hardly a venture into another universe, especially considering that each country is likely to adopt its own currency rather than using popular ones such as Bitcoin and Ethereum.

As a result of the extensive benefits of cryptocurrency and the United States’ reluctance to embrace the future, our country is at risk of being shut out of the future economy. The European Union, for example, has developed extensive plans for cryptocurrency regulation.