Why the Price of ApeCoin Is Skyrocketing Today – The Motley Fool

The price of a new cryptocurrency called ApeCoin (CRYPTO: APE) had surged nearly 51% over the last 24 hours, as of 1:15 p.m. ET today, on its second day of trading after the new token dropped earlier this week. ApeCoin now has a market cap of roughly $4 billion, making it a top 30 cryptocurrency.

ApeCoin has ties to the Bored Ape Yacht Club, an organization that collaborates with Yuga Labs and has a large collection of associated Bored Ape non-fungible tokens (NFTs), which are digital art, picture, audio, and video files tokenized and secured on blockchain technology.

The Bored Ape Yacht Club launched in April of 2021 and is composed of thousands of different ape NFTs, each with unique facial expressions and wardrobes. The concept got big when celebrities like Jimmy Fallon, Justin Bieber, and Paris Hilton purchased the Bored Ape NFTs for large sums of money. 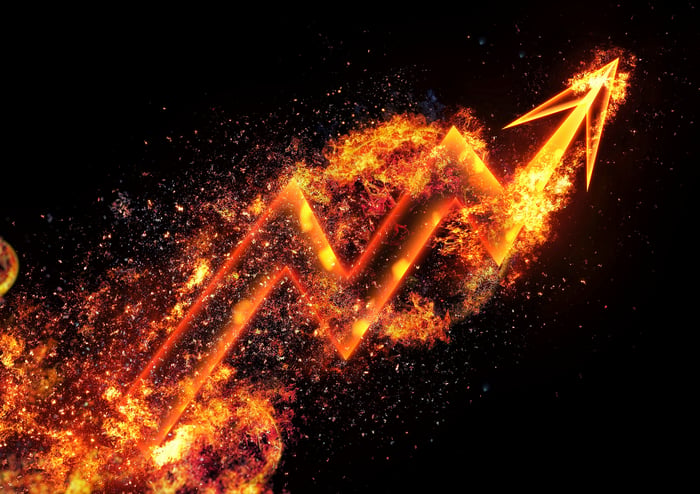 ApeCoin, according to its website, will be issued on the Ethereum network and will have a fixed supply of 1 billion tokens. ApeCoin’s board of directors includes the internet entrepreneur and Reddit co-founder Alexis Ohanian, as well as several other prominent venture executives.

According to the publication Lifestyle Asia, ApeCoin in the beginning will be used primarily as a token for games created by the prominent NFT company Yuga Labs.

“The community involved with the Bored Ape Yacht Club and Mutant Ape Yacht Club is strong,” Alexandre Lores, the director of blockchain research at Quantum Economics, told Coinbase. Lores also said that many investors of ApeCoin are the same people who used to gamble on the likes of AMC, Dogecoin, and Shiba Inu, which have since lost some of their luster.

Lores added: “They [ApeCoins] are a status symbol like a Rolex or a Lamborghini. If you’ve made it, you’ve got an Ape.”

I was somewhat surprised to see some of the big names who own ApeCoins, what they paid, and some of the board members on ApeCoin. But like other meme-based tokens, while certain meme-based communities can seem super-strong, they can also fade just as quickly, even for celebrities. Invest at your own risk here and expect lots of volatility along the way.