The Company Bob Iger Joined After Leaving Disney Is Now Worth $1B: Inside Genies Latest Raise And What’s – Benzinga 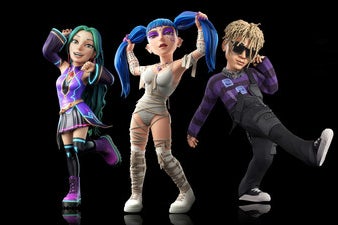 A leading metaverse company announced a new funding round to take the company to a $1 billion valuation and scale the company’s growth plans.

What Happened: Avatar technology company Genies announced a $150 million Series C funding round led by Silver Lake. The funding round values the company at $1 billion. Existing investors BOND, Nea and Tamarack Global also participated in the funding round.

Genies last funding round was in May 2021. The company had raised $100 million prior to the latest Series C funding round.

Celebrity investors in the company include Camila Cabello, Paris Hilton and Priyanka Chopra.

“We’re excited to partner with and support Akash [Nigam], his co-founder Evan [Rosenbaum], and the entire Genies team as they make it possible for people to build the avatar ecosystems that we believe will drive the next evolution of human expression, communication and creativity,” Silver Lake co-CEO Egon Durban said.

Why It’s Important: The funding will help the company with its plan to roll out “avatar creator tools” to help users create their own avatars and avatar fashion collections. The company also said the funding would be used for hiring additional employees.

Creators have full ownership and commercialization rights to the avatars they create, which is a key pillar of Genies’ vision.

“In Web3, Gen Z avatar ecosystem builders are going to be the leaders of innovation and through our creator tools, we strive to empower their wildest imaginations, ideas and experiences as avatar creators,” Genies CEO Akash Nigam said.

Genies recently launched The Warehouse, which is a marketplace for NFTs to buy, sell and trade avatar creations.

In March, it was announced that former Walt Disney Co DIS CEO and Chairman Bob Iger was joining the board of directors of Genies.

“I was particularly interested in companies that were using technology for disruptive purposes and, where possible, the intersection between technology and creativity,” Iger told The Wall Street Journal.

Iger was attracted to Genies because of the ability for users to create and sell their own virtual goods and compared it to an iconic Disney character.

“Imagine, you know, letting someone buy a Mickey Mouse avatar and customizing it in a way that not only would we never allow it before, but it was kind of hard to do in the physical world.”