Why The Sandbox’s Cryptocurrency Is Soaring Today – The Motley Fool

Finding itself among the many tokens that are rising today, The Sandbox ( SAND 2.41% ), a popular metaverse cryptocurrency, is also soaring today. Why are investors so eager to scoop up this token in particular? Apparently, the company is looking to raise funds, so investors may be speculating that the company has growth plans on the horizon.

According to Bloomberg, The Sandbox, whose majority owner is the blockchain game developer, Animoca Brands, is interested in raising $400 million from current as well as new investors at a valuation of $4 billion. At the moment, The Sandbox has a market cap — the market value of its circulating supply — of $3.35 billion. 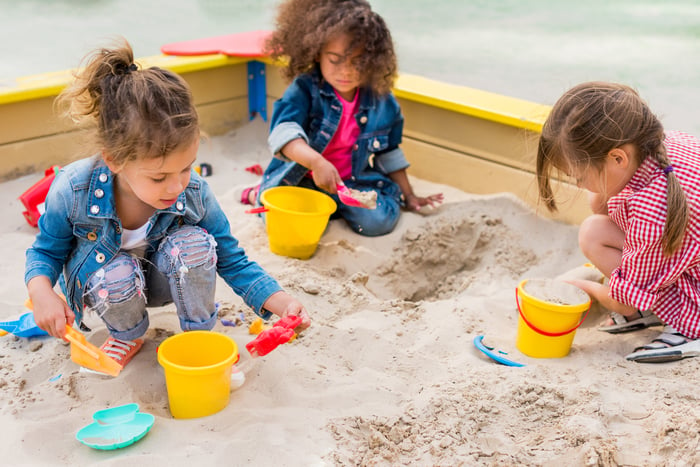 Citing people familiar with the matter, Bloomberg is reporting that the size of the funding and the valuation are both flexible, predicated on market sentiment and investor demand. The company didn’t respond to a request for comment.

Previously, The Sandbox had raised $93 million in Series B funding from SoftBank in November. In the related press release, The Sandbox stated that the funds it had raised would be used to:

scale the platform’s growth as a prime entertainment destination where brands, IPs, and celebrities can engage with their fans through virtual experiences, including games, live performances, and social experiences.

Presumably, the funding that it’s currently seeking will be used for similar purposes.

Among the companies seeking to flourish in the metaverse, The Sandbox is one of the more familiar names, and its early foray into the space will likely prove advantageous as others are seeking to gain ground. For crypto-curious investors, this name is one to watch closely.

This article represents the opinion of the writer, who may disagree with the “official” recommendation position of a Motley Fool premium advisory service. We’re motley! Questioning an investing thesis – even one of our own – helps us all think critically about investing and make decisions that help us become smarter, happier, and richer.