Palm Beach, Florida, April 21, 2022 — The first-ever Crypto Polo Cup to take place in the world is leading the charge as one of the top tech events. On April 9, 2022, nearly 1,000 people gathered in Palm Beach, where the worlds of Web3 and polo collided to celebrate elite players in the blockchain and cryptocurrency industries.

The Crypto Polo Cup was hosted by Luna PR, an award-winning public relations and marketing agency that has worked with more than 600 crypto and blockchain projects globally. Based in Dubai, the agency also hosted the invite-only event as a celebration of its expansion to Miami. 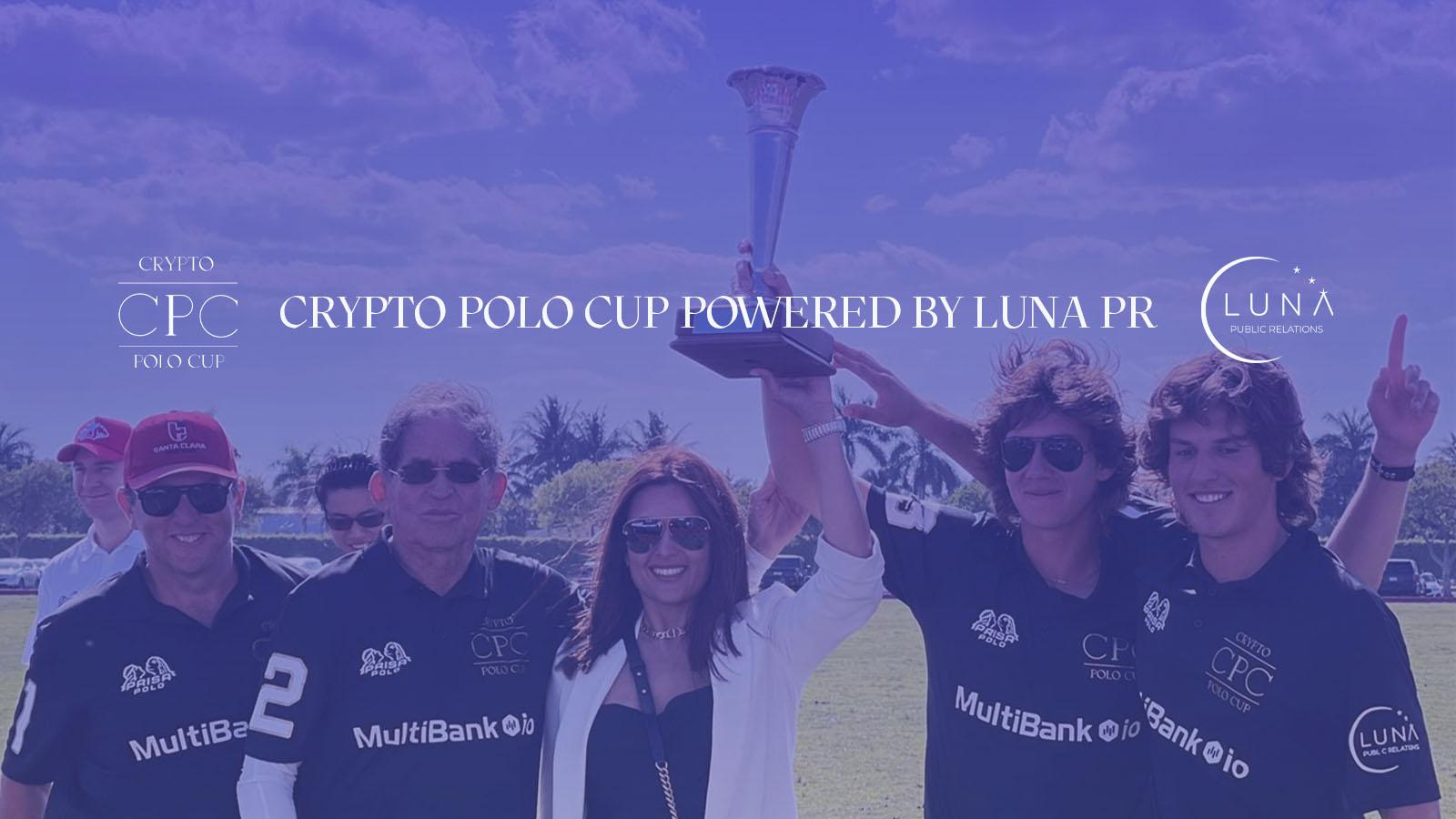 High-goal polo players Fred Mannix and Luis Escobar went head-to-head in a highly competitive match against several other skilled players, like Cuatro Tolson. Mannix is a polo veteran as well as an active crypto investor, similar to Escobar, who owns the Santa Clara Polo Club, where the event was held. Tolson is a powerful polo player as well as an investment banker.

Receiving a trophy for its performance, the winning team was captained by Escobar and sponsored by Multibank Group, one of the largest financial derivatives providers in the world, with a paid-up capital of over $322 million.

Along with the high-goal polo match, dozens of industry professionals gathered for cocktail hour, a three-course lunch and an exclusive fashion show, ending the day with an invite-only NFT afterparty. As one of the most exclusive events during Bitcoin Miami, the guestlist included top-notch investors, media and celebrities, making the Crypto Polo Cup a highly sought-after event for sponsors and up-and-coming blockchain brands.

Top guests included Craig Sellers, a founder of Tether, as well as Brock Pierce, the chairman of the Bitcoin Foundation and co-founder of EOS Alliance, Block.one, Blockchain Capital, Tether and Mastercoin.

One of several sponsors was Oly Sport, the world’s first horseracing metaverse game that allows users to earn both virtual and real land. Oly Sport is built with an esport structure on the basis of blockchain technology.

Guests were also welcomed with luxury cars parked in front of the event sporting a Quint logo and QR code. Quint is a boutique NFT marketplace that caters to art-lovers and collectors that recently obtained the rights to Nelson Mandela’s arrest warrant, which has now been tokenized into an NFT. During an auction, Quint anonymously took on the project for $130,000, recording it onto the blockchain to ensure it would be engraved in history forever.

“The purpose of the event was to connect people from traditional businesses and the Web3 world, where ideas and innovation can spring to life while attendees enjoy the common denominator of polo,” said Nikita Sachdev, founder of Luna PR.

Due to the success of the Crypto Polo Cup in South Florida, Luna PR now plans to host the event several times a year across the globe, with the next being in June of this year in Austin, Texas during the week of Consensus 2022.

“With so much success in this year’s event, we want to bring this exclusive event around the world. It’s game on,” said Crypto Polo Cup co-founder Phillip Lord.

Nikita Sachdev founded Luna PR in 2017, and it quickly became an award-winning advising, marketing and public relations agency. As a full-stack digital marketing agency with dozens of clients across the globe and with the use of its highly skilled team, Luna PR helps upcoming and established blockchain and crypto projects reach their full potential. To learn more about Luna PR and its services, visit its website, Twitter and Instagram.

The Crypto Polo Cup is a first-of-its-kind event that combines the Web3 revolution with the prestige of polo, bringing together the biggest names in the cryptocurrency and blockchain industries. The invite-only event is set to take place multiple times a year in the world’s hottest crypto spots — Miami, Austin, Dubai and Singapore. To learn more about Crypto Polo Cup, visit its website, Instagram and Twitter.

This is a paid press release. Cointelegraph does not endorse and is not responsible for or liable for any content, accuracy, quality, advertising, products, or other materials on this page. Readers should do their own research before taking any actions related to the company. Cointelegraph is not responsible, directly or indirectly, for any damage or loss caused or alleged to be caused by or in connection with the use of or reliance on any content, goods, or services mentioned in the press release.