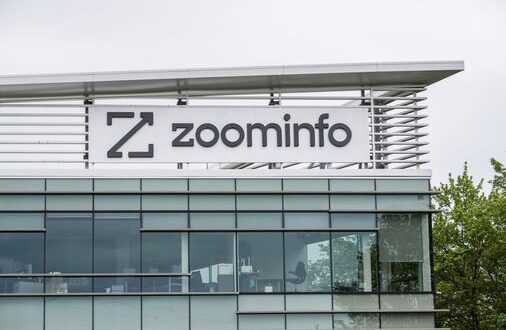 Boston Globe tech reporters tell the story of the region’s technology and innovation industry, highlighting key players, trends, and why they matter.

Local architecture and design firm Sasaki is expanding to New York with an acquisition of Brooklyn-based landscape and design firm DLANDstudio, a partnership the firms say will better allow them “to collectively tackle 21st century design challenges centered around climate adaptation, biodiversity loss, environmental justice and social equity.” Sasaki’s projects include revitalizing the Chicago Riverfront and Boston City Hall Plaza. DLANDstudio’s work has focused on combining environmental, engineering, and political expertise on projects such as New York Rising, which developed community restructuring plans for storm-ravaged communities in Staten Island and Nassau County, N.Y. “Environmental justice was, and remains, an important driver of the work that we do every day,” said Susannah Drake, founding principal of DLANDstudio, in a statement. “We recognized that, to realize our design vision, we needed a deeper team with a global track record of compelling and beautiful built work.” Drake will join Sasaki as principal. The firm, which employs more than 250 in Greater Boston, is planning a move from Watertown to 110 Chauncy St. in downtown Boston this summer. Sasaki also has offices in Denver and Shanghai. — CATHERINE CARLOCK

Maine lawmakers have extended a historic preservation tax credit to try to rehabilitate properties in downtown areas. The Maine Senate voted in late April to extend the sunset date for the Maine Historic Rehabilitation Tax Credit from 2025 to 2030. Supporters of the proposal said it would help with affordable housing as well as preservation of historic downtowns. The tax credit program provides incentives so businesses, property owners, and developers can rehab and reuse historic buildings in the state that produce income. Supporters said it’s designed to encourage redevelopment of housing that is located within walking distance of downtowns. That cuts down the need for new building and dependence on cars. — ASSOCIATED PRESS

The Wikimedia Foundation, the non-profit organization behind Wikipedia, will stop accepting cryptocurrency donations amid concern about their negative impact on the environment. The WMF will close its account on Bitpay, a crypto payment service provider, as well as its direct methods to accept cryptocurrencies as donations. A proposal was made earlier this year and a little under 400 users participated in the voting and discussing whether the WMF should stop accepting cryptocurrency donations. The majority voted yes to the proposal 232 to 94. Users who support halting the process are mostly concerned about the energy-intensive mechanisms of the digital currency space. — BLOOMBERG NEWS

Google lashed out at the European Union for doling out a “quasi criminal fine of very large proportions” for allegedly thwarting advertising rivals on websites. At a hearing at the bloc’s General Court on Monday, the search giant said the 2019 decision by the EU’s antitrust arm to issue the 1.49 billion-euro ($1.6 billion) fine was riddled with errors and should be struck down. The case is the last of a trilogy of EU court fights over cases that set the course for antitrust chief Margrethe Vestager’s bid to rein in Silicon Valley. — BLOOMBERG NEWS

Now you can drink Carrie’s cosmos

Sarah Jessica Parker and John Cena are part of a group of celebrities cofounding a premixed cocktail brand as the race for the next big celebrity drink heats up. The brand, Thomas Ashbourne, is debuting this month with a variety of ready-to-drink cocktails, each with celebrity partners attached to them for both product development and promotion. Parker’s drink is a cosmo, the cocktail her “Sex and the City” character made famous. Cena has an old fashioned. Actresses Rosario Dawson, Ashley Benson, and Vanessa Hudgens have a margarita, and rapper Playboi Carti has a wine and vodka drink. The cocktails cost about $22 for a 375-milliliter bottle or $30 for a four-pack of 200-milliliter cans on Thomas Ashbourne’s website. In-store prices will be about $16 and $26, respectively. — BLOOMBERG NEWS

Pfizer’s Paxlovid, its pill for treating COVID-19, failed to show benefit as a preventive therapy in a trial. Paxlovid is poised to become one of the fastest-selling drugs of all time, with $24 billion in projected 2022 sales, according to analytics group Airfinity Ltd. Pfizer has also reaped billions in global sales from its COVID-19 vaccine. The company said late Friday that the drug failed to hit its main goal of reducing the risk that adults exposed to the coronavirus through contact with a household member would become infected. Compared with those who took a placebo, people who received Paxlovid had about a third less risk of infection, which wasn’t statistically significant. — BLOOMBERG NEWS

MyPillow CEO Mike Lindell was banned from Twitter for a second time after attempting to use a new account to access the social media platform. Lindell set up a new account Sunday on Twitter under @MikeJLindell. The account was quickly suspended. Twitter said Monday that Lindell’s new account was permanently suspended for violating its rules on ban evasion. Lindell’s original Twitter account was permanently banned in January 2021 after Lindell continued to perpetuate the baseless claim that Donald Trump won the 2020 US presidential election. At the time Twitter said that it decided to ban Lindell due to “repeated violations” of its civic integrity policy. — ASSOCIATED PRESS

Qantas to launch direct flights from Australia to the world

Qantas Airways revived a plan to start direct flights connecting Australia’s east coast with New York and London as it finally ordered Airbus jets for the ultra-long services. The airline said Monday it’s buying 12 A350-1000s that can fly non-stop from Australia to any city in the world. Commercial services will start from Sydney in late 2025, Qantas said. Qantas had planned to start the 20-hour flights — internally called ‘Project Sunrise’ — in 2023, and was close to ordering the aircraft when COVID-19 decimated aviation. — BLOOMBERG NEWS

A measure of US manufacturing activity unexpectedly dropped in April to the lowest level since 2020 as growth in orders, production, and employment softened. The Institute for Supply Management’s gauge of factory activity fell to 55.4 last month from 57.1, according to data released Monday. Readings above 50 indicate expansion. The latest data underscore the impact from lingering supply constraints, made worse by restrictive COVID-19 measures in China. — BLOOMBERG NEWS

Facebook is pulling out of podcasts and plans to remove them altogether from the social-media service starting June 3. Facebook will stop letting people add podcasts to the service starting this week, according to a note sent to partners. It will discontinue both its short-form audio product Soundbites and remove its central audio hub. Facebook announced various audio efforts last April during a hot market for podcasting and audio in general. But the company’s interest has waned, Bloomberg News reported last month, and it’s now focused on other initiatives, disappointing some providers. — BLOOMBERG NEWS