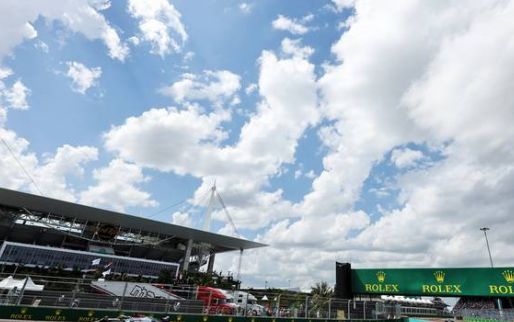 The presence of cryptocurrency and NFT sponsors has exploded recently. We take a look at how these sponsors affect the world of F1. (Note: this article is not intended to be taken as financial advice from the author or GPblog.com and it only exists as an informative piece on the topic.)

NFTs (or non-fungible tokens) are unique digital items that are auctioned for and sold. As they are unique, they can’t really be used as a form of currency, but more as a collectable item. However, NFT purchasers aren’t even the outright owners of the original work, which is kept by the original creator. Instead, they own the right to display or further sell that item.

Overall, the NFT market is still relatively new. There aren’t significant enough frameworks to prevent the illegal redistribution, rendering these purchases somewhat strange to understand the purpose of. This has led many to believe that the market itself is inflated, too much caught up in the hype of the ideas and therefore overvaluing several items sold on the market.

Cryptocurrency (often referred to colloquially as crypto) is a form of digital currency. Created after the 2008 global financial crisis, it existed as a method for people to control their money themselves, reducing the reliance on large corporations and governments. Since then, it has evolved into more of a speculative market, with most of the world slow on the uptake of using crypto as a viable method of payment.

Currently, the market mostly exists as a high-risk/high-reward investment option. With a huge number of currencies available to purchase, many people are unsure as to what the “next biggest thing” is, leading to more confusion than certainty within the market itself. Other nefarious schemes have sprung up from this as well, such as “pump and dumps” where influencers and celebrities push forth a particular currency, causing a spike in demand before a sudden crash ensues after many abandon the project.

F1’s relation to it

Even the most fresh-faced F1 fans will have their eyebrows raised at the sheer number of crypto and NFT sponsors. The title sponsor of the Miami Grand Prix was crypto.com, which also incidentally sponsor the Aston Martin F1 team. Alfa Romeo and Aston Martin have “fan tokens” on the sports cryptocurrency platform Socios.com. Mercedes has partnered with FTX, a digital asset exchange, on which they are now selling renders of their cars in stylised liveries, while Pierre Gasly sells renders of his helmet design on the Fantom blockchain.

The list goes on and on. To ‘mint’ these cryptocurrencies and NFTs on blockchains, a high amount of energy is expended, leading to a negative effect on the climate. While the net output may be lower than other industries, it is a hypocritical act to vehemently be against climate change while receiving payment from an industry that has a growing contribution towards it. As the markets are relatively new as well, many exploitative schemes and scams are now laced within the sphere. With so much confusion and negativity surrounding these, F1 teams will need to assess closely whether they can consider it ethical to promote such platforms and whether it’ll damage their image in the long term.