Cryptocurrency litigation is soaring, prompted by a surge of investors in the space, and US proposals promise even more rules to fight over in coming months and years.

The rise in litigation is encouraging Big Law operations to bolster their crypto practices. Firms including Jenner & Block, Goodwin Procter, and Morrison & Foerster in the last few months have added new crypto partners to their rosters, including former fraud prosecutors, securities litigators and investment funds lawyers.

The litigation growth comes at a tumultuous time for crypto. A backer of the collapsed TerraUSD stablecoin lost $3 billion in cryptocurrency reserves in a failed effort to restore its peg to the dollar, Bloomberg News reported Monday. Bitcoin on May 12 hit its lowest level since 2020 and was down 50% from its November high, according to Bloomberg.

Perkins Coie has so much activity on the crypto front that it holds weekly team calls, typically including 50 to 70 firm attorneys, said Joe Cutler, firmwide co-chair of the firm’s fintech industry group. “We have content coming out of our ears,” he said.

“The market is exploding, not just at the partner level but at the associate level too,” Valdez said.

The result is a buyer’s market for lawyers, as firms see colleagues leave for general counsel positions at crypto companies, said Joshua Ashley Klayman, U.S. head of fintech and head of blockchain and digital assets for Linklaters in New York.

“There’s seemingly a fire hose of work that could, and does, come in,” Klayman said.

New US government crypto polices in progress promise even more work for firms.

Commodity Futures Trading Commission Chairman Ross Behnam said last week that federal regulators are considering steps they can take if Congress fails to act. US Securities and Exchange Commission Chair Gary Gensler has said he believes most digital assets are subject to his rules and that he’s beefing up enforcement.

Upcoming rules are “going to generate a ton of litigation,” said Mark Califano, a partner with Dentons and an independent director of the crypto exchange Bitstamp USA Inc.

Plaintiffs in early January filed a putative class action against Kim Kardashian, former boxing champ Floyd Mayweather Jr., and others in Heugerich v. Gentile. The suit alleges the defendants made false and misleading statements in social media posts to investors of the cryptocurrency token EthereumMax.

The defendant allegedly created and sold METABIRKINS NFTs, short for “non-fungible tokens,” or non-replicable, digital collectible items, in the augmented or virtual-reality “metaverse.”

Some of the suits involve initial coin offerings and questions over whether the bits are really unregistered securities offerings, Gottlieb said. The SEC is examining creators of NFTs and the exchanges where they trade to determine if some of the assets run afoul of agency rules, Bloomberg News reported in March.

WATCH: Tax Your Crypto and NFTs? Yes, the IRS Wants Its Cut

The lawyers working on crypto have specialties such as tax, banking, mergers and acquisitions, capital markets, data privacy, and patents and intellectual property.

Their efforts run the gamut from business formations and dissolutions, to regulatory work and litigation, Klayman said. Specific matters include everything from writing letters to the SEC to keeping clients aware of regulations and disputes, she said. 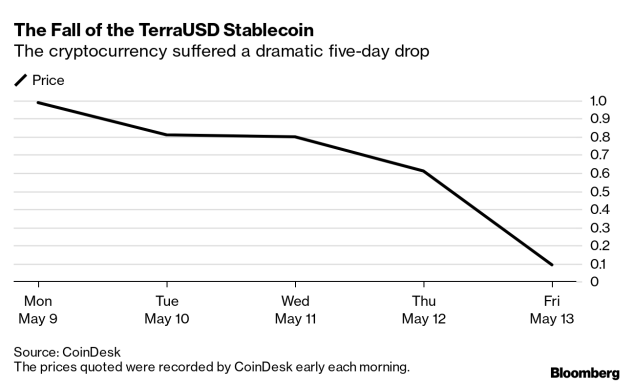 Firms try to make clients aware of how to get on the right side of regulations before the company is targeted, said Judie Rinearson, co-chair of the global fintech group at K&L Gates.

“It takes a special lawyer-client relationship to navigate regulations and laws that are a little gray or unclear,” Rinearson said. “You want to be the good guy in this.”

Despite the recent downturn in crypto value, firms said they’re optimistic about the future of their practices, with new venture capital and private equity investments padding crypto companies.

“Money is still pouring into crypto,” Cutler said. Despite last week’s drops, “I’ve yet to get a panic call,” he said.

He termed crypto value declines as corrections that need to be put in perspective. “When people focus on days, weeks, or months, and not years, it’s easy for them to conclude it’s wildly volatile,” Cutler said. “But it’s not true.”