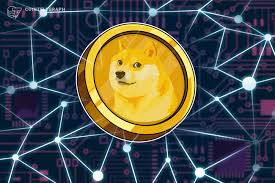 Who would have guessed that a crypto project that started as a joke would evolve into a top 10 cryptocurrency? Dogecoin is the brainchild of Billy Markus and Jackson Palmer, who created Dogecoin as a satire of the altcoin boom. The inspiration for the name came from the popular Shiba Inu Doge meme that was created in 2010 but became most popular in late 2013.

Dogecoin has increased its popularity through stunts arranged by the community. A couple of the early stunts were to raise money to send the Jamaican bobsled team to the 2014 Olympics, sponsor a Nascar driver and bring water to a drought-stricken region of Kenya.

Thanks to its community and celebrity endorsements, Dogecoin has become a mainstream cryptocurrency. Dogecoin has a solid social media following with 3.4 million followers on Twitter and 2.3 million Reddit subscribers. Dogecoin also has an impressive list of celebrity supporters, including Snoop Dogg, Kevin Jonas, Gene Simmons, Mark Cuban and Elon Musk.

Is Dogecoin (DOGE) Here to Stay or Just a Fad?

Dogecoin was launched in December of 2013 as a satire to the hype surrounding cryptocurrencies. The idea for the logo image of Dogecoin was inspired by a meme of a Shiba Inu dog that was popular in late 2013.

The creator of Dogecoin is Jackson Palmer, who worked as a product manager for Adobe Inc. (NASDAQ: ADBE). He was a skeptical observer of cryptocurrencies, and his initial Tweets about Dogecoin were done tongue-in-cheek. But after receiving positive feedback on social media, he decided to buy the domain dogecoin.com.

At this time, an IBM software developer named Billy Markus who always wanted to create a digital currency, got wind of Dogecoin from social media.Markus reached out to Palmer to obtain permission to build the software behind Dogecoin.

The code for Dogecoin is based on Bells, a fork of Litecoin (LTC). Dogecoin uses Litecoin’s Scrypt technology and is a proof-of-work (POW) coin. Dogecoin has a circulating supply of 132.67 billion coins, a total supply of 132,670,764,300 coins and no maximum supply.

Although primarily used for online tipping, it is now possible to use Dogecoin to make purchases. Recently, Gucci, owned by Kering Unsponsored France ADR (OTCMKTS: PPRUY), announced that it would begin to accept Dogecoin as a payment method at its retail outlets. Not surprisingly, Tesla Inc. (NASDAQ: TSLA) also accepts Dogecoin on its website for specific products.

No one, especially its creators, could have predicted how fast Dogecoin would take off. Launched on December 6, 2013, within 30 days, the Dogecoin.com website saw over 1 million visitors. On December 19, 2013, the price of Dogecoin jumped nearly 300% in 72 hours, with a volume of billions of Dogecoin per day.

In 2015, Palmer left the crypto community for good when he became disillusioned. Initially believing that cryptocurrencies were created as a libertarian alternative to money, Palmer grew to believe that most cryptocurrency is fundamentally exploitative and built to enrich its top proponents.

Looking at the price chart for Dogecoin, you can see that it has been volatile, but that such volatility has also made it good for those who like to trade it. It is also noteworthy that Musk’s first tweet about Dogecoin occurred right before the last significant higher price swing.

Pros and Cons of Dogecoin (DOGE)

Since the launch of Dogecoin, many other cryptocurrencies have been created that could be seen as direct competitors. This section will examine a couple of them.

Basic Attention Token (BAT), launched in 2017, is the token that powers a new blockchain-based digital advertising platform. BAT was designed to reward users for their attention and give advertisers a better return on their ad spend. The Brave browser is used to reward users with BAT tokens for watching privacy-preserving advertisements.

BAT has a circulating supply, total supply and maximum supply of 1.5 billion tokens. BAT is deflationary where as Dogecoin, with no maximum supply, is inflationary.

BAT is an ERC-20 token built on the Ethereum blockchain and secured by a POW consensus algorithm supported by an extensive Ethereum mining network.

Shiba Inu (SHIB) was created anonymously in August 2020 by someone using the pseudonym Ryoshi. The Shiba Inu website describes SHIB as the Dogecoin killer. Ryoshi stated that the goal for Shiba Inu was to see if a perpetual decentralized organization could work with no central leadership.

Shiba Inu has a strong community behind it, with 783,000 followers on Twitter and 475,000 members on Reddit. SHIB became a legitimate payment method when BitPay announced its support for Shiba Inu coin in late 2021. SHIB can be used to make purchases at Newegg, AMC Theatres and Sling TV. You can also buy precious metals or coins from APMEX and Tip streamers on Twitch using SHIB.

How to Make Money With Dogecoin (DOGE)

Gemini is a cryptocurrency exchange and custodian that offers investors access to over 100 coins and tokens. Founded in the US, Gemini is expanding globally, in particular into Europe and Asia. Offerings include both major cryptocurrency projects like Bitcoin and Ethereum, and smaller altcoins like Orchid and 0x.

Gemini is 1 of the only brokers with multiple platform options based on skill level. New investors will love the streamlined interface of Gemini’s mobile and web apps, while advanced investors might appreciate all the tools that come with ActiveTrader.

In addition to a host of platform choices, Gemini users also have access to insured hot wallets to store tokens without worrying about digital asset theft. Learn more about what Gemini can do for you in our review.

Over the years, Dogecoin has made many millionaires who invested at the right time. That is the simplest way to make money with Dogecoin: buy low and sell when the price rises. The timing of when to get in makes all the difference in the world, but it’s not easy to successfully time markets.

For most people, dollar-cost-averaging (DCA) into positions is by far the best and safest way to invest. DCA means making equal dollar purchases on a fixed schedule. So as an example, you might buy $100 worth of Dogecoin on the first of every month. Or you could buy $25 worth of Dogecoin weekly, or whatever amount and schedule works best for you.

Another way to make money with Dogecoin is to stake it for interest. Currently, you can stake Dogecoin on Binance and earn about 1% interest. You can also yield farm Dogecoin on PancakeSwap by creating a liquidity pair with BNB. The DOGE-BNB farm is currently yielding over 15%. Any way that you can make passive income with crypto that you already hold is beneficial.

How to Buy Dogecoin (DOGE)

Dogecoin being one of the more popular cryptocurrencies means that many exchanges support it. Binance, Coinbase Global Inc. (NASDAQ: COIN), Crypto.com, eToro, FTX, Gemini, Kraken, Webull and many other exchanges all support Dogecoin.

Coinbase and Gemini are probably the best for beginners as they both have user-friendly trading platforms. The first step is to open an account at an exchange; most exchanges make this process very easy. The next step is to link your bank account so that you can transfer cash into your account.

So, Is Dogecoin (DOGE) Here to Stay?

Dogecoin was born near the peak of the 2013 bull market. This means that Dogecoin had to survive a bear market in its early days. It not only survived but thrived and went on to survive the 2018 to 2019 bear market, then hit a new all-time high in May of 2021. Dogecoin has withstood the test of time. There are no guarantees, but with a robust community and expanding use cases, it’s hard to bet against Dogecoin.