Why This Crypto Crash Is Different – CoinDesk 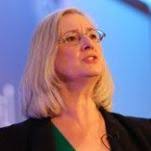 Inevitably, crypto skeptics are calling “the end of crypto.” But we’ve seen this kind of correction before. Several times, in fact. In 2014, bitcoin’s price crashed when the Mt. Gox exchange collapsed. And in 2018, bitcoin’s price fell 80% as hundreds of “initial coin offerings” (ICOs) crashed and burned. In both cases, the market eventually recovered, and crypto prices rose higher than before. Even though bitcoin has lost 70% of its dollar value since last November, it is still worth more than its December 2017 peak. So why not HODL on and wait for the market to recover?

Frances Coppola, a CoinDesk columnist, is a freelance writer and speaker on banking, finance and economics. Her book “The Case for People’s Quantitative Easing,” explains how modern money creation and quantitative easing work, and advocates “helicopter money” to help economies out of recession.

But this time really is different. Driven by war and pandemic, a new macroeconomic paradigm is forming. High inflation is back after a 30-year absence, and with it, much tighter monetary policy. Interest rates are rising, and central banks around the world are burning money. The era of plentiful dollars is coming to an end. And that will mean persistently lower prices for cryptocurrencies.

Crypto markets have never known anything but easy money. Bitcoin was born in the aftermath of the 2008 financial crisis, when many people feared that central banks’ experiment with ultra-low interest rates and quantitative easing (QE) would cause runaway inflation. Ten years later, interest rates were still far below pre-financial crisis levels, and central bank balance sheets were still massively inflated. And the runaway inflation predicted by bitcoiners had failed to appear. Instead, asset prices had risen massively – including cryptocurrency prices, as investors desperate for yield piled into bitcoin and other cryptocurrencies.

There was a brief period of relative dollar scarcity from 2016 through 2018, when the Fed raised interest rates and burned money (“quantitative tightening”) and the U.S. Treasury issued bonds (which also burns fiat money). But as the Fed tightened, other central banks loosened. QE never really ended; it just moved around the world. And in 2019, when dollar shortages caused disruptions on repo markets, the Fed started to inject money again.

Then came the pandemic. As governments closed down businesses and handed out money to people unable to work, central banks embarked on the most exorbitant money creation programs in history. Much of that money found its way into crypto markets, raising prices to unprecedented levels and fueling the rapid growth of high-yield lending, complex synthetic assets and toxic derivatives of a kind last seen before the 2008 financial crisis. While the real economy was shut down, there was a cryptocurrency feeding frenzy. Pension funds, hedge funds, software companies, football clubs and celebrities all got in on the act, and many ordinary people made life-changing amounts of money.

The crypto industry’s luxuriant growth since Bitcoin emerged from the ashes of the financial crisis – and particularly since March 2020 – can be directly attributed to the copious monetary fertilizer central banks have been pouring into financial markets.

But now we have inflation. Economists argue about whether this inflation is principally caused by supply disruptions or excessive demand, and whether it will be transitory or long-lasting. No matter. Central banks, under pressure to get inflation under control, are rapidly removing the monetary fertilizer and getting out the pruning shears. The markets with the most luxuriant growth will suffer the sharpest cuts.

It’s perhaps easy to see why the end of easy money might spell disaster for those invested in a highly leveraged crypto bubble, but it’s less obvious why it is causing bitcoin to sell off. You’d think it would encourage people to pile into deflationary cryptocurrencies like bitcoin. After all, bitcoin was originally intended to replace the dollar, and some people still think it eventually will. What better time to buy and HODL the world’s future currency than the start of the inflationary Armageddon that will bring about the demise of the dollar as the world’s principal reserve currency?

But most of those invested in cryptocurrency now don’t want to replace the dollar. Indeed, they fear its replacement. What they want is to get rich in dollar terms. So cryptocurrency prices are typically quoted in dollars, most crypto transactions involve stablecoins pegged to dollars, and dollar-pegged stablecoins are widely used as safe collateral for crypto lending.

The only real dollars in the cryptocurrency industry are those paid by new entrants when they make their first cryptocurrency purchases. The rest of the dollar liquidity on crypto markets is provided by dollar-pegged stablecoins. These fall into two groups: those that have actual dollars and/or dollar-denominated safe liquid assets backing them, and those that don’t. There aren’t enough of the former to enable everyone to cash out into real dollars, and there’s no guarantee that the latter can be cashed out into real dollars at all. So, in effect, the entire crypto industry is fractionally reserved.

There’s now a race on to exchange cryptocurrencies for the few real dollars still available. As is always the case in unregulated markets, the law of the jungle applies. Those with the biggest teeth get the dollars. Perhaps “whales” is the wrong name for them. Crocodiles might be more like it.

When everyone is trying to cash out cryptocurrencies into increasingly scarce dollars, cryptocurrency prices rapidly fall to the level at which there are sufficient dollars in the system for everyone to be able to cash out. For derivatives and synthetics, that probably means zero. After all, if the underlying assets are falling rapidly in price, who is going to want the derivatives? And synthetics are, as their name suggests, not real. When there’s a flight to reality, unreal things are worthless.

If tighter money is here to stay, as many expect, then continuing dollar scarcity will make it impossible for crypto to rise again as it has before. Rather, it will have to adapt to the new paradigm. It could return to its roots, eschewing the dollar and valuing crypto only in terms of itself: “1 BTC = 1 BTC”, as bitcoin maximalists like to remind us. Alternatively, it could attract more real dollars by developing real-world use cases, rather than relying on network effects to pump up dollar values that are unrealizable in practice. But this is unlikely to generate the high dollar values of the past.

While the Fed is doing monetary tightening, and there is no Fed guarantee or Federal Deposit Insurance Corp. (FDIC) insurance for cryptocurrency deposits, there can be no return to the highly leveraged, fractionally reserved cryptocurrency system whose illusory riches are now giving way to real losses.

Sign up for The Node, our daily newsletter bringing you the biggest crypto news and ideas. 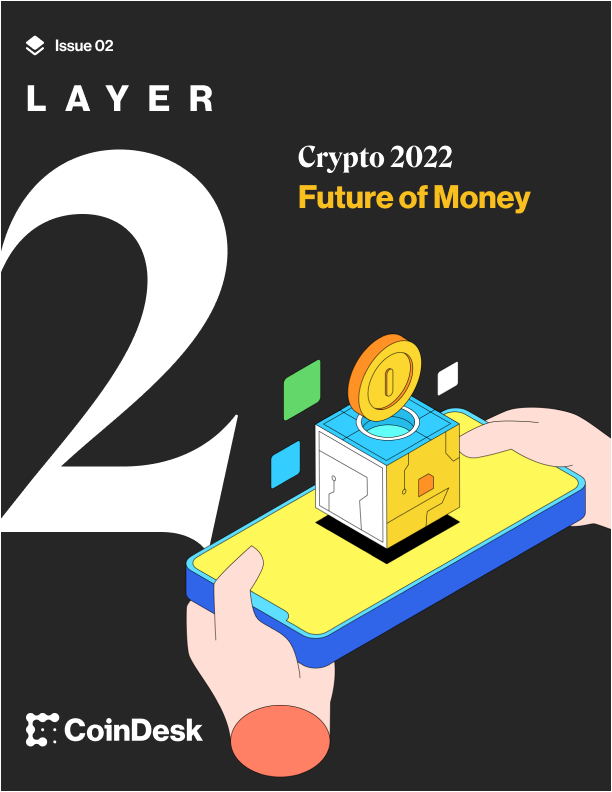