According to the report, which shares TV ad trends from the first half of 2022 and what to watch for in the second half, 25.5% of TV ad impressions during new-airing programming was delivered by live sporting events. That’s up 22.4% year-over-year, as the first half of this year obviously had both the Winter Olympics and a more exciting Super Bowl than we saw in 2021. In addition, the NBA Finals and Stanley Cup returned to their typical June dates this time around, after July appearances last year due to COVID-related scheduling changes.

Sports also ruled the roost on an individual program basis. Again, looking at new airings only (so no syndication), the NFL led the way with 3.86% of TV ad impressions, followed by the NBA (3.74%) and men’s college basketball (3.21%). The Winter Olympics (1.27%) and PGA Tour (1.25%) also appeared in the top 10. Not included in the “live sports” bucket was SportsCenter, which moved up four spots year-over-year to No. 6 by share of impressions.

To little surprise, that momentum will continue for live sports as TV advertising’s hottest ticket. Regular season NFL and college football action will return in late August/early September, and the NBA and NHL are back in October. Additionally, this year’s World Cup will take place in Q4 to account for the extreme summer heat in host country Qatar, adding yet another opportunity for advertisers (and networks) to cash in on huge audiences.

Of course, the report also had plenty more to share outside of sports, too…

For starters, Spanish-language networks like Telemundo, Univision and UniMas all grew their share of TV ad impressions year-over-year, and ad impressions during Spanish-language programming increased by 11%. That’s in response to a market that continues to grow in the U.S., accounting for an estimated $2.5 trillion in buying power while now making up about 20% of the population.

Specific brand categories also stood out over the course of the first half of the year to varying degrees. The travel industry, which didn’t really return to advertising until midway through 2021 (after vaccines were more widely rolled out), showed a 93% increase in TV ad impressions year-over-year. Meanwhile, theatrical movies were up 64% and sports betting was up 81%. Investment services — fueled in large part by cryptocurrency — jumped from TV’s No. 12 industry to No. 7 by share of impressions year-over-year.

The second half of the year could see a course correction for some of those, however. As travel seems poised to stay hot, crypto and sports betting have cooled of late. Caesars is one of many U.S. sportsbooks slowing down advertising on TV, though there’s a chance the industry bounces back once football starts again (since it’s bettors’ busiest season). Crypto’s backlash has been written about everywhere as those markets continue to struggle, coinciding with an advertising drawback there as well.

For more on the top TV ad trends from the first half of the year, you can check out the full report here. 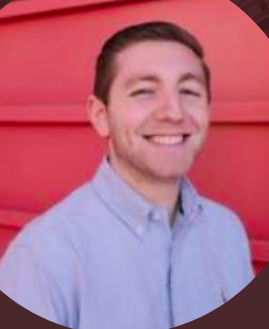 John covers streaming, data and sports-related topics at TVREV, where he’s contributed since 2017.