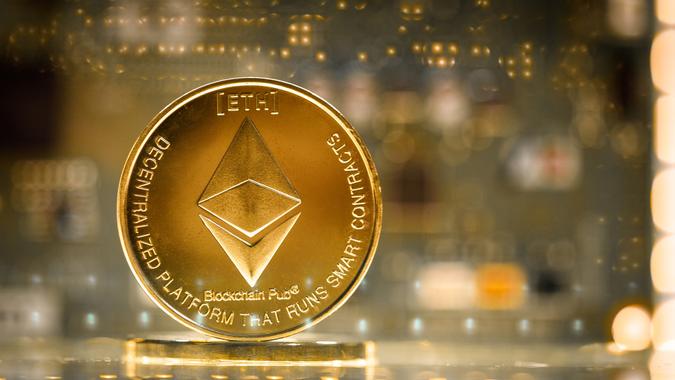 The Merge, the Ethereum upgrade set to take place on or around Sept. 15, is what many experts call “one of the most significant moments in the history of crypto.” The ramifications of the much-anticipated upgrade are boundless; and, while many participants in the crypto ecosystem will benefit from them, not everyone might end up a winner.

The Merge is the transition to proof-of-stake (PoS) from proof-of-work (PoW) for Ethereum. The switch, which has been in the works for a long time and several times delayed, “eliminates the need for energy-intensive mining and instead secures the network using staked ETH,” the Ethereum Foundation said.

Let’s take a look at who the winners and losers might be.

Take Our Poll: How Do You Typically Split the Restaurant Bill?

For example, Bored Ape Yacht Club (BAYC), a collection of 10,000 Bored Ape NFTs, lives on the Ethereum blockchain. While a Bored Ape NFT ownership is viewed by many as a status symbol — many celebrities now own them — naysayers point to the lack of sustainability of these tokens.

“The difference in hardware and energy consumption is so significant,” Preston Van Loon, a developer working on The Merge, told The New York Times. “When NFTs were blowing up, people were saying, ‘I’d love to have an NFT, but it feels like I’m burning a forest down.’”

Now, with The Merge looming, many experts believe it will renew investors’ interest.

“The Merge is just the first step in a broader scaling push by Ethereum that will eventually make the network cheaper, faster and far easier to use,” said Santiago Portela, CEO of FITCHIN. “The Merge, of course, is the cornerstone of all of this. And that cornerstone will be essential for such services as DeFi and NFTs, both of which require a faster and cheaper chain. So, in short, all the applications that rely on Ethereum will eventually benefit from this transition to proof of stake.”

Several experts echo the sentiment. Garry Krugljakow said The Merge is being described as one of the most monumental technological upgrades in the history of blockchain networks, and its completion is hoped to initiate a series of further upgrades that eventually will unleash a tremendous amount of utility for DeFi and NFTs, along with other applications.

Krugljakow, who is the founder of GOGO Protocol, added, “While The Merge won’t itself make Ethereum faster and cheaper right away, it lays the foundation for those subsequent upgrades that will do this. This is why it’s such an important event.”

A potential gigantic effect of The Merge is the so-called “flippening” — the eventuality that ETH surpasses Bitcoin as the biggest cryptocurrency, dethroning the ruler of cryptos from its No. 1 market cap spot.

While this potential event might seem farfetched for some, there’s no doubt that the excitement around The Merge has been helping the price of ETH. As of Sept. 7, the asset was up 1.3% in the past seven days, compared to Bitcoin being down 4.5% in the same time period, according to CoinGecko data.

While many experts view ETH as one of the biggest winners of The Merge, some have more nuanced views, pointing to the fact that digital assets’ prices recently have been tied to macroeconomic drivers.

This is the biggest news event in crypto in years, according to Chris Terry, VP of Enterprise Solutions at SmartFi.

“How this will play out, in the long run, is anyone’s guess,” Terry said, “but, for sure, the world needs more efficient blockchains, and ETH will be the winner in the long run.

“With that said, macroeconomics once again are overshadowing crypto news with a full-blown energy crisis in Europe.  No matter how good PoS is for ETH, if equities tank, you can plan those markets dragging down crypto as well.  ETH, ETHW and ETC are truly ‘trades’ in this environment and not investments. HODLers beware.”

Another enormous impact of The Merge is that it might render mining obsolete. The shift to PoS, which will reduce Ethereum’s energy consumption by 99.95%, will make expensive and highly energy-consuming computers useless.

“Obviously the biggest losers will be the PoW miners on Ethereum. They might try to establish a PoW-Eth, but it seems most experts believe that this fork will be only short-lived,” said Freddy Zwanzger, Ethereum ecosystem lead at crypto infrastructure firm Blockdaemon. “The environment obviously wins through the massive reduction of energy consumption. Validators that stake their ETH will obviously greatly benefit from the higher rewards.”

There’s a lot of money at stake. Ethereum miners generated $16.5 billion in revenue in 2021, representing a whopping year-on-year increase of 678%, a record revenue year, according to The Block Research’s 2022 Digital Asset Outlook Report. The surge largely was driven by higher revenues generated from transaction fees, which increased in response to enormous NFT activity in the second to third quarter, The Block’s report adds.

“Hardware miners, the miners who have been protecting the network since inception, have invested billions into hardware equipment,” said Mauricio Di Bartolomeo, Ledn co-founder. “The equipment will be made obsolete instantly, once The Merge goes through. They will need to migrate to mining other assets, which are a lot less profitable.”

Several experts acknowledge that The Merge will trigger uncertainty, which could result in increased volatility in the crypto markets.

While this will trigger many positive changes, it is still “a really complicated migration.”

“Unanticipated issues are likely given the level of technological complexity,” Eco CEO Andy Bromberg said. “While the testnet merges have generally gone well, a migration of this scale still has unknowable risks. Second, both centralized and decentralized products — whether lending protocols or exchanges — can have trouble with forks. Following The Merge, there will be multiple chains suddenly co-existing, which can pose reconciliation challenges.”

While Bitcoin should not be affected, Chainstone Labs CEO Bruce Fenton believes that the overall crypto/DeFi space will see “a lot of chaos next week.”