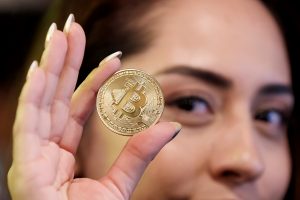 ALTHOUGH cryptocurrencies began as something only for specialists and connoisseurs of the subject, in recent years they have enjoyed extreme popularity that has pushed several celebrities to become part of the “crypto” world. Despite the current bear market experienced by this sector, personalities such as Connor McGregor, Floyd Mayweather, and even Maria Sharapova are not willing to get off this boat.

Leaving aside the current situation of cryptocurrencies, which is not going through its best moment in terms of numbers, many celebrities have signed up in one way or another in investments of this style.

The popular boxer’s entry into the “crypto” world could not have been more forgettable. In 2018, he promoted a project called Centra Tech, which was later exposed as a scam. Along with DJ Khaled, they had to pay hefty fines of $600,000 and $150,000, respectively.

However, “money” did not throw in the towel and in March 2022 launched a new NFT Mayweverse project, which consists of a collection of 5,000 NFTs.

The tennis player remained No. 1 in the ATP ranking for 21 days, had the luxury of having won all four Grand Slam tournaments and after finishing her sports career she devoted herself fully to the world of investments.

One of them is Moonpay, a platform that aims to “increase the adoption of cryptocurrencies.” The company itself recently revealed that more than 60 public figures have come together to invest USD 87 million in a Series A financing starting in November 2021.

The American football legend announced in June 2021 that he was forming a partnership with a cryptocurrency exchange and to publicize it, he appeared in an ad that read, “I’m getting into crypto with FTX. Are you joining?”

He was later joined by other prominent athletes such as Golden State Warriors star Stephen Curry, and tennis player Naomi Osaka.

The UFC superstar partnered with Tiger.Trade, a cryptocurrency trading app. As part of the deal, the eccentric athlete will also be part of an internal game, where users can compete to win exclusive prizes.

The fifteen-time Grammy winner purchased the NFT of Bored Ape ‘EminApe’ for $460,000. It depicts a gold chain necklace and a khaki military cap, items that the artist wears in real life.

The rapper’s relationship with cryptocurrencies began back in 2018, when he specifically mentioned bitcoin on his album Kamikaze.

Editor’s Note: The quotes featured in this article were originally published in Spanish, then translated to English and edited for publication.