3 Cryptos Under $1 With Explosive Potential – The Motley Fool

While top cryptocurrencies like Bitcoin and Ethereum boast prices of $19,000 and $1,300, respectively, you don’t need to commit thousands of dollars to get started investing in crypto. In fact, there are a number of cryptos with prices below $1 that offer plenty of potential.

Bitcoin and Ethereum themselves were once less than $1, although to be clear, it’s unlikely that their spectacular trajectories will be repeated anytime soon. It should be pointed out that cryptocurrencies in this price range are best suited for risk-tolerant investors and represent a high-risk, high-reward part of the market, but with that said, all three of these sub-$1 cryptos have a lot going for them and offer the potential for significant upside. 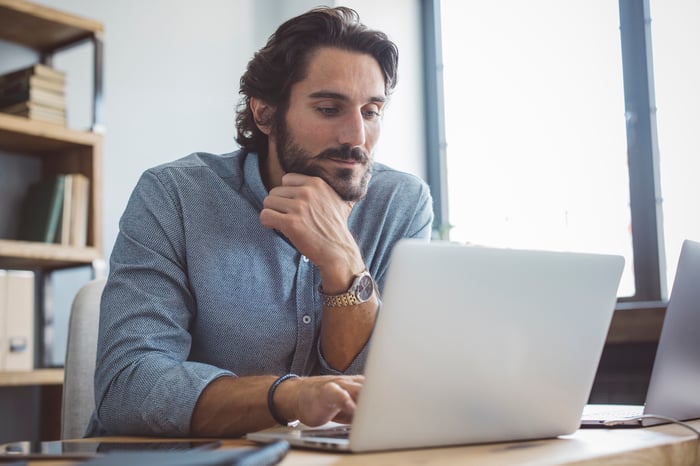 Michael Byrne (Polygon): Perhaps no cryptocurrency has made more inroads with major companies and institutions this year than Polygon (MATIC 0.51%), and yet the Ethereum scaling solution still comes with a price of $0.83. Whether it is working with Walt Disney in its Disney Accelerator program or collaborating with Starbucks to build a blockchain for its Starbucks Odyssey program, Polygon looks like it has become the blockchain of choice for corporations looking to get comfortable entering the world of crypto, non-fungible tokens (NFTs), and Web3. Polygon also boasts integrations with Meta Platforms‘ Instagram and Facebook platforms, while Robinhood Markets chose Polygon as its partner for its new crypto wallet. Corporations are choosing Polygon because of its sound reputation, low transaction fees, lightning-fast transaction times, and minimal carbon footprint.

This isn’t just grandstanding by companies that want to be associated with buzzy concepts like NFTs or Web3 — Polygon is helping them to create significant engagement. For example, this past summer, Reddit said it was partnering with Polygon to create a marketplace for collectible NFT avatars that Reddit users can use as their profile images. In October, it was reported that 3 million Reddit users had created Vault wallets to buy and trade these Polygon NFT avatars.

With its growing user base, strong performance and growing role as the go-to crypto for corporations looking to establish a presence in crypto, NFTs and Web3, Polygon looks like a digital asset with a lot of potential over the long term.

Neil Patel (Stellar): Stellar (XLM -0.22%) is currently the 25th-most-valuable cryptocurrency in the world with a market cap of about $2.9 billion. And its native token, called Lumens, has produced a remarkable total return of nearly 3,700% since its launch in July 2014. With a current price of just over $0.11 per token, Lumens falls well below the $1 mark. But despite its outstanding past performance, Stellar could skyrocket in value over time.

That’s because this blockchain network is trying to upend the outdated financial services industry. Stellar’s objective is to make it easier, faster, and cheaper for people to send money to anyone, anywhere in the world. A person could use a traditional fiat currency, like the U.S. dollar or the Mexican peso, to purchase XLM, which can then be sent over the Stellar network to a recipient who can immediately convert it to their local currency. The transaction friction is reduced and the user experience is better.

This is an incredibly important development because the traditional remittance market is slow and expensive. According to data provided by the World Bank, the typical remittance to a low- or middle-income country like Nigeria carries a hefty transaction fee of more than 7%. For small sums of money, which is the norm in this type of scenario, those fees are surely a significant burden. Plus, people usually have to wait days to even get the money. It’s time for a big improvement, something Stellar might bring about.

If this innovative and exciting cryptocurrency can somehow find ways to achieve greater adoption, then its value could soar in the decade ahead. And that’s enough of a reason for investors to take a closer look at Stellar right now.

RJ Fulton (Chiliz): Currently ranked the 49th-most-valuable cryptocurrency in the market, Chiliz (CHZ -0.80%) is one of the more unique applications of blockchain technology you will find. Socios, the creator of Chiliz, is an innovator in a burgeoning and seemingly always growing sports industry. The market is expected to reach $600 billion by 2025, and $826 billion by 2030. Fueling some of this growth is the added value of blockchains and digital assets like fan tokens.

Although the potential of the technology has still not been fully realized, Chiliz is slowly becoming the leader in the blockchain sports industry. Its model works like this: Professional sports teams can create their own tokens for fans to purchase on the Chiliz blockchain. By purchasing, owners of the tokens can participate in votes, earn rewards, and even qualify for unique experiences. It could help to think of these tokens similar to stock in a company. The value of the tokens rises and falls due to demand, but they trade separately from Chiliz.

Chiliz has already inked partnerships with some of the most well-known professional teams and leagues around the world. European soccer teams seem to have embraced the technology most. Teams like FC Barcelona, Paris-St. Germain, and Juventus all have their own fan tokens running on the Chiliz blockchain.

Socios has its sights set on other markets around the world, too. Although there aren’t any fan tokens in America yet, Socios has agreed to advertisement deals with some of the biggest leagues, including the NFL, NHL, and NBA. In addition, it is developing new ways to use the Chiliz token with things like limited-edition NFTs, voting on what jerseys teams should wear, and much more.

At a price of just $0.17, the upside potential of Chiliz seems considerable and although it might be speculative, this cryptocurrency could provide surprising value over the coming years.