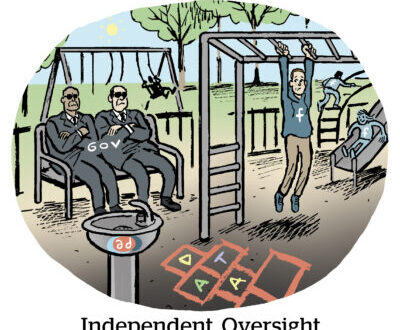 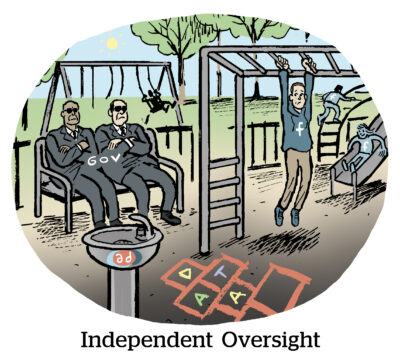 Apple has asserted its dominion over Web 3 developers.

In its latest app review guidance, which went live this week, Apple introduced language to clarify that apps “may not use their own mechanisms to unlock content or functionality, such as license keys, augmented reality markers, QR codes, cryptocurrencies and cryptocurrency wallets, etc.”

Any apps that allow users to mint, sell or trade NFTs will qualify for Apple’s 30% cut of in-app purchases.

TL;DR: The Web 3 agenda does not align with Apple’s priorities.

This is the quintessential example of decentralization vs. centralized control – and the fact is Apple has the power to squash entire categories, even those with as much momentum behind them as crypto.

Ever heard of progressive web apps? They’re hybrid browser-app products that could have made the web much cooler. But Apple profits when people use apps and not when they browse the web. So … RIP, PWAs.

With a 30% baseline tax, crypto and NFT-based mobile apps face a miserable road to profitability on Apple devices. Counterintuitively, Web 3 devs and trading platforms might have to move to PCs or rely on a native browser like Brave if they ever want to approach scale.

The FTC pushed back its deadline for feedback on an ongoing review of “Commercial Surveillance and Data Security.”

This gave Garrett Johnson, a marketing professor at Boston University’s Questrom School of Business, the time to submit his thoughts on the topic.

Although it’s good that the FTC has shaken off its dormancy and waded into the online advertising and privacy debate, Johnson writes the commission’s “inapt and loaded” emphasis on “commercial surveillance” betrays an attitude that is not open to balancing the needs of web publishers, technology companies and the entire data economy as legitimate stakeholders. “I worry that such language effectively forecloses the debate,” he writes.

The FTC is also inserting itself into an older framework of online advertising. Third-party data-based targeting and cross-app and cross-site identifiers are already disappearing, and the FTC risks missing the forest for the trees.

Arguably, the more important focus for regulators right now is how Google and Apple are resetting advertising and privacy policies – and how they can do so in ways that greatly advantage their own ad businesses and harm challengers.

A wave of media layoffs suggest rough times ahead.

The US lost nearly 3,000 media jobs this year, over a third hitting news jobs, Axios reports.

The cuts come amid downturns in advertising and subscriptions and follow the sunsetting of content partnerships between publishers and Big Tech.

Meanwhile, The Washington Post is on track to lose money this year thanks to a dip in subscribers, while The Atlantic faces its second consecutive year of $10 million-plus losses. Plus, thanks to an icy investor landscape, startups like Puck and Substack abandoned fundraising plans for this year.

Wall Street has also been harsh on media brands. BuzzFeed’s valuation is down by four-fifths since it went public in March. Ouch.

But news isn’t the only sector that’s bearing the brunt. Streaming giants like Netflix, Disney and Paramount have lost tens of billions of dollars in market cap.

Unlike streaming platforms, however, news publishers don’t enjoy a potential year-saving upswing in November and December. Rather, they can look forward to offering heavily discounted subscription deals followed by heavy churn.

YouTube megastar MrBeast is seeking a $150 million investment with a 10-figure valuation to expand his video empire across restaurants, consumer goods and merchandise. [Axios]

TelevisaUnivision has signed a multiyear deal with Nielsen ONE. [release]

A 40,000-word primer on all things crypto, metaverse and Web 3. [Bloomberg Businessweek]

The FTC seeks to hold Drizly’s CEO accountable for alleged security failures – even if he moves to a new company. [CNBC]

Deepfakes of celebrities have begun appearing in ads without their permission. [WSJ]

The Consumer Brands Association names David Chavern as its next president and CEO. [release]