It’s been a rough 10 days for FTX. The cryptocurrency exchange used to be on top of the world. With Bitcoin hitting record highs and even the more experimental meme coins having their days in the sun, it seemed like FTX could only go up, up, up! At their last fund raising round, FTX raised $400 million at a $32 billion valuation. Naturally, all kinds of celebrities tried to get involved. They wanted a piece of the good times.

As you may have heard, last week Binance, a rival crypto exchange, initially agreed to purchase FTX as it tumbled into disarray. However, Binance excused itself from negotiations in November 2022, saying FTX had issues beyond its control. As a result, FTX was forced to pause customer withdrawals after users attempted to withdraw $5 billion from the exchange. FTX founder Sam Bankman-Fried took to Twitter in a series of tweets apologizing for messing up the situation. Within a few days, FTX filed for bankruptcy. A stunning fall in a shockingly short period of time for the company.

As we reported last week, Tom Brady and Gisele Bundchen were probably the most famous celebrity endorsers of FTX. The former couple appeared in a number of commercials together, with Tom being named an official brand ambassador for the company.

Crucially, it is generally understood that Tom and Gisele accepted payment for their endorsement not in USD, but in a combination of FTX equity and the company’s proprietary digital currency, FTT. Both of which are now essentially worthless. So all that work. All those commercials. All those Retweets and interviews. For nothing.

But Tom and Gisele are certainly not the only celebrities who took equity and FTT in exchange for endorsing FTT…. 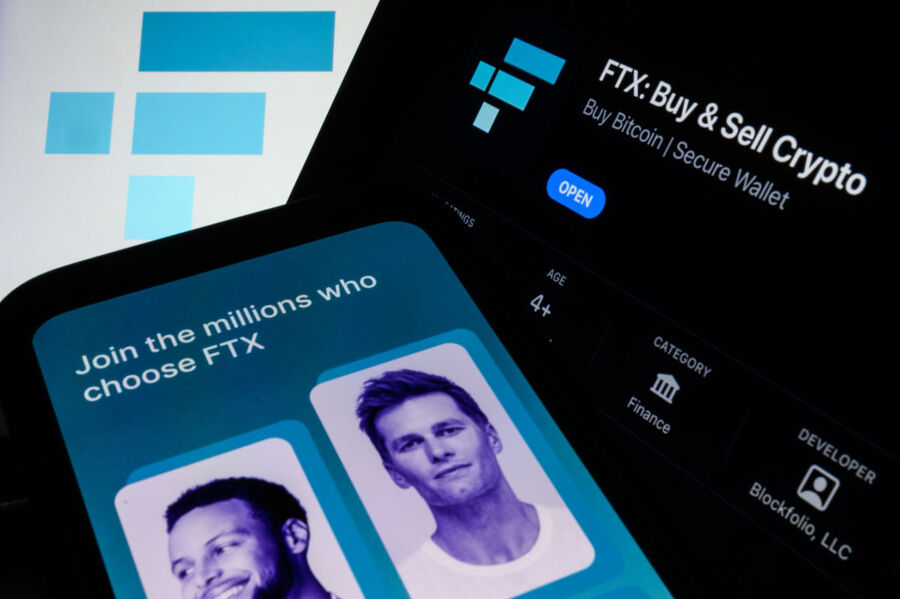 Golden State Warriors guard Stephen Curry became an ambassador in exchange for equity in FTX. It was Curry’s first foray into the cryptocurrency space, and he even appeared in an advertisement extolling the virtues of investing, even though he had minimal knowledge of crypto. Similarly, Tom Brady and Gisele Bündchen, who were together at the time, took equity stakes in FTX Trading Ltd. and served as company ambassadors, also appearing in a commercial for the company. Here’s Steph’s FTX commercial, which – as you may notice – was narrated by Shaquille O’Neal.

Tennis star Naomi Osaka became an FTX ambassador this April. The company said she’d wear its logo while playing in matches and would develop content specifically for women to learn more about crypto.

Los Angeles Angels pitcher and hitter Shohei Ohtani became an ambassador for FTX last year, with the exchange indicating a long-term partnership. As part of the deal, FTX would offer Ohtani both equity and cryptocurrency.

In the wake of FTX’s bankruptcy, a former employee claimed that the company spent $10-15 million on Shohei’s commercial but it never saw the light of day after company CEO Sam Bankman-Fried deemed it “boring.” And I would have to agree:

Other ambassadors include retired athletes Shaquille O’Neal and David Ortiz, the latter of whom would be paid in cryptocurrency. Kevin O’Leary, also known as Mr. Wonderful on Shark Tank, joined the ranks of FTX shareholders last year.

Jacksonville Jaguars quarterback Trevor Lawrence got selected No. 1 overall and signed a multi-year deal with FTX in April 2021. Part of his signing bonus was paid in cryptocurrency.

It’s unclear how much these celebrities have lost with FTX’s dramatic fall. Their involvement is a great precautionary tale about not getting caught up in marketing and making sure any investments are sound.