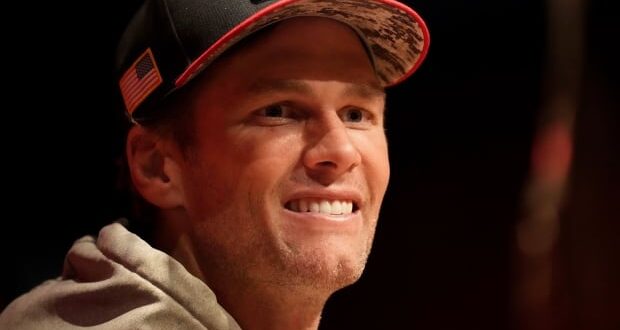 At its peak, crypto giant FTX was so big it attracted celebrities like tennis pro Naomi Osaka and actor Larry David to promote its brand. Now its collapse is shining a critical light on the industry — and pulling the stars into a lawsuit, too.

A legal complaint filed this week in Miami accuses now-bankrupt FTX and its CEO, Sam Bankman-Fried, of deceiving consumers into investing.

But the celebrity-studded legal complaint is just one chapter in the saga of Bankman-Fried’s collapsing crypto exchange, which filed for bankruptcy on Nov. 11.

The three-year-old empire — FTX, FTX.US and a trading firm called Alameda Research — once valued at $32 billion US, is fast becoming another cautionary crypto tale.

Bankman-Fried has been oscillating from regretful to defiant in tweets posted from his home in the Bahamas, saying he will raise $8 billion to fix FTX and then telling a Vox reporter, “F–k regulators [they] make everything worse.”

The details of the meteoric fall of FTX are emerging in the bankruptcy process.

20) I was on the cover of every magazine, and FTX was the darling of Silicon Valley.

We got overconfident and careless.

John J. Ray, the new court-appointed CEO of FTX, says he has overseen many corporate failures in his 40-year career, including the liquidation of Enron, but said this week: “Never in my career have I seen such a complete failure of corporate controls and such a complete absence of trustworthy financial information as occurred here.”

London-based crypto blogger David Gerard spoke to CBC’s The Current on Friday and said Bankman-Fried came across as kind of a “nerdy, misunderstood trading genius.”

But behind the scenes, bankruptcy filings now show FTX was shuffling money between entities — shoring each up with no backing, Gerard said.

“He knew he was broke. He was going out there nodding and smiling but knew FTX was a dead company,” Gerard told CBC.

As for the celebrity endorsements, Gerard said stars were likely well paid.

And for investors, he said the draw was the promise that “you could get rich for free. Who doesn’t want free money?”

FTX appeared strong and solvent, up until November.

But a balance sheet obtained first by the Financial Times and summarized in the Chapter 11 petitions in the U.S. Bankruptcy Court for the District of Delaware showed FTX had about $1 billion in cash or crypto currency backed by U.S. dollars — which was offset by $9 billion US owed to customers.

Ray, the new court-appointed CEO, calls the FTX situation “unprecedented” and says the company was in the control of a “very small group of inexperienced, unsophisticated and potentially compromised individuals.”

All this has left the cryptocurrency industry reeling.

“The more that gets uncovered, the more in awe those of us in the industry are about just how much of a cluster f–k … it’s just a complete mess,” said Brian Mosoff, CEO of Toronto-based Ether Capital.

“You just have this monumental collapse of this enormous and well-respected entity seemingly overnight. Everyone’s a little blindsided,” Mosoff said.

Ironically, the ad Larry David filmed for FTX — in which his character is portrayed as foolish for rejecting crypto — now seems prescient.

The two-minute spot features David as a curmudgeonly character who travels through time, expressing disdain for inventions ranging from the wheel to coffee to the light bulb, and insisting they’ll never catch on. At the end of the two-minute spot, he rejects FTX. Now David is accused of being culpable for Americans’ trust in FTX.

Dave Pouliot, lawyer and Montreal founder of Coinmiles, says he’s not sure if actors can be held accountable — but says they may think twice before endorsing another crypto-token-based venture.

“Their personal reputation risk is at stake here. I think these are actors, they’re being paid to endorse a brand publicly. So whether or not they could be found liable from a civil perspective, but reputational damage will be done. They are not likely to appear in another commercial of an investment nature,” Pouliot said.

His company does not take investor money, instead offering bitcoin rebates to users. But Pouliot says he’d like to see the industry moved to regulate itself, building in better protections and education.

Part of the problem with FTX was how great its founder seemed.

Bankman-Fried is a former Massachusetts Institute of Technology physics student who had worked at Jane Street, an elite financial firm. After founding FTX, he attracted top Silicon Valley investors and donated millions to politicians, pushing for regulatory change.

It was after the rival owner of the world’s largest exchange questioned FTX’s stability that cracks appeared.

There was a three-day panic sell-off costing FTX billions.

“You can tick off as many regulatory check boxes and paper filings as you want. If [bad actors] want to do something nefarious, they’ll find a way to do it,” he said.

The GameStop stock frenzy caught a lot of people off guard, including the hedge funds that were trying to make money from the store’s demise

Mosoff says the Mount Gox scandal, a Tokyo-based bitcoin exchange that imploded in 2014, and Quadriga — the exchange whose founder, Gerald Cotten, died mysteriously in 2018, taking the keys to $250 million in crypto assets to the grave — did not scare people away for good.

“People were blindly sending money in to buy these assets,” he said.

In the end, despite volatility, Mosoff said he believes that when the current drama shakes out, cryptocurrencies like bitcoin and ethereum will still retain their glitter.