[Editor’s note: As we say bon voyage to 2022, WCI readers can get a jumpstart on becoming financially literate in the new year. From now until January 4, you can buy a White Coat Investor course and get one for free! Here’s how it works: If you purchase either the Financial Wellness and Burnout Prevention for Medical Professionals, the Continuing Financial Education 2022, or the No Hype Real Estate Investing course, we’ll throw in the Continuing Financial Education 2021 course for free. That’s a $699 value! Make sure you take advantage of this holiday gift and revel in all the amazing financial knowledge you’ll gain just in time for the new year.]

If you’ve been paying any attention at all to the news over the last couple of months, you’ve seen that an incredible human interest story with massive financial consequences has been playing out in the Bahamas. Sam Bankman-Fried—a young, philanthropic, seemingly successful crypto entrepreneur and effective altruism advocate—is the son of two Stanford Law faculty members. He is also, prosecutors allege, a fraudster. It appears that billions of dollars that people used to own have disappeared.

Bankman-Fried was the CEO of a cryptocurrency exchange known as FTX and the man behind a crypto trading firm called Alameda Research. Bankman-Fried’s net worth peaked at $26 billion, although he is now down to something on the order of $100,000. FTX and Alameda Research have both filed for bankruptcy protection. Bankman-Fried has been arrested and extradited to the United States. FTX was the second-largest cryptocurrency exchange, so its collapse has had ramifications extending far beyond its own customers. In fact, a lot of people are now concerned about the viability of the largest exchange, Binance. The total amount of damage is over $7 billion. That’s not as bad as Enron ($74 billion), but it’s still a lot of money. Allegedly, FTX had loaned Bankman-Fried and other executives over $4 billion while losing a similar amount of money. Thus, the fraud charges.

While all of the details will come to light in the coming months and years, there are some important lessons that White Coat Investors should take away from all of this.

#1 Limit How Much You Put into Speculative Assets

Even if you make all kinds of other mistakes, you should still be OK if you will follow this one rule. I have consistently told people to limit how much they put into speculative assets (those that do not produce earnings, interest, dividends, rents, etc.), such as precious metals, cryptoassets, empty land, or commodities—make sure it’s 5% or less of their portfolio. Even if you lose 5% of your portfolio, that should not delay your financial independence by even a full year. It’s easily recovered from. Even if you lost all your crypto in the FTX debacle, you should still be OK as long as crypto was less than 5% of your portfolio. You don’t need fraud to lose all your money either. Over the last year, many cryptoassets and exchanges have gone to $0, including LUNA, 3AC, Celsius, FTT, FTC, and Voyager. There will be more.

#2 Don’t Leave Cryptocurrency on an Exchange

For some reason, all of the exchange hacks of the past have not yet taught investors not to leave their cryptocurrency on an exchange. Put it on there when you’re selling it; otherwise, keep it in a “cold wallet.” Not your keys, not your crypto. If you leave it on the exchanges, what you have is an IOU, and those aren’t worth all that much in bankruptcy or a big hack.

Loaning money from FTX to Alameda was stupid. Probably fraudulent too, but just insanely stupid to think that was going to work out OK. Bankman-Fried was supposed to be this genius worth tens of billions, but even smart people can do dumb things. Or worse. Here’s the basic way it supposedly worked:

The crazy thing is that he basically told everyone months before the collapse that he was running a Ponzi scheme (yield farming) and nobody listened!

Entrepreneurs take on so much risk that stock/bond risk tolerance questionnaires seem downright stupid. Who cares if I have 70% stocks or 80% stocks when 2/3 of my net worth is tied up in the value of my small business or, in the case of Bankman-Fried, a crypto exchange? It is tempting to double down on what is working, and then, double down again. But diversification is an important principle in business, investing, and life. Don’t put all your eggs in one basket. Diversify your income streams. And if you happen to become a successful entrepreneur, do all you can to protect your life against the value of your company going to zero. While it might provide the highest rate of return of any asset you own, it is also one of the riskiest. Deleverage. Take money out and invest it somewhere else.

Bitcoin Is Just like AOL; It Won’t Win the Race for Best Cryptocurrency

#5 Crypto Doesn’t Use the Same Standards

In the typical finance world, there is a well-established set of compliance specialists, attorneys, and accountants who audit and ensure everything is on the up and up. Regulation has been in place for a long time, and it works reasonably well. By comparison, the crypto world is the wild, wild west. Instead of getting audits, the companies just publicly attest that they have reserves. Unfortunately, that allows them to not only lie but also to borrow their reserves from elsewhere. Instead of trying to reinvent everything in the brave new world of crypto, they would be better off using a system that has been well-proven outside of crypto to ensure accuracy and fairness. According to current and former US senators, crypto regulation is almost certain to happen.

#6 Trees Don’t Grow to the Sky

Bitcoin was up 59% in 2021 and 1,133% from 2018-2021. Newsflash! If you start with just $1 million and earn a return of just 40% each year, you’ll own the entire world in your lifetime. Those sorts of returns are not sustainable long-term. They cannot be. If you’re buying something that just went up 40% or 60% or 1,133%, don’t expect similar returns going forward. You can’t buy past performance. And if you build a business that relies on those returns continuing, that business is going to fail. It has to. Trees don’t grow to the sky. There is an upper limit on just about everything in business and investing.

#7 Decentralization Is a Continuum 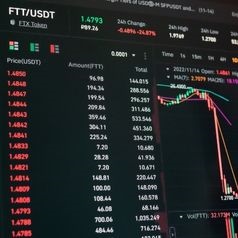 #8 Regulation Is Worth More Than Reputation

FTX relied an awful lot on its reputation. It moved to the Bahamas to avoid being regulated like its US-based competitor, Coinbase. As the value of FTX rose, it was aided by the philanthropic actions of Bankman-Fried; sponsoring sporting events and celebrities like Taylor Swift; political lobbying; and the association of Bankman-Fried with business, technology, and political leaders. In the end, regulation was worth more than reputation. Coinbase might not have grown as quickly, but look at which exchange is still around.

#9 Beware of Cults of Personality and Celebrity Endorsements

Sam Bankman-Fried was widely celebrated for being an unkempt millennial who would play the League of Legends video game while on important phone calls. His company was plugged by Tom Brady (and his ex, Gisele Bündchen), Shaquille O’Neal (usually a pretty savvy businessman), and Larry David from Seinfeld and Curb Your Enthusiasm. Tom Brady is a heck of a quarterback, but you’re a fool if you look to him for investment advice. Now, these celebrities are being sued, which should give future potential celebrity endorsers pause. Don’t get caught up in celebrities, whether in business (like Bankman-Fried, Elon Musk, Steve Jobs) or outside of business (like Brady, Bündchen, or David).

#10 Beware of What Happens When Money Is Cheap

Money, specifically the cost of borrowing it, has been very cheap in the last few years. Before we saw inflation in the things we buy at the grocery store, there was inflation in the investment assets we use to save for our futures. Crazy things happen when money is cheap. As the cheap money goes away, previously viable businesses are no longer viable. As Warren Buffett has said, “You don’t know who is swimming naked until the tide goes out.” The tide is going out now, and FTX was swimming naked.

#11 You Can’t Go Bankrupt Without Leverage

Want an easy way to avoid bankruptcy? Don’t borrow money. FTX/Alameda created its own cryptocurrency, FTT, and then used it as collateral for its loans. Kind of reminds me of the old adage, “When you owe somebody $100,000, you have a problem. When you owe somebody $1o million, they have a problem.” Don’t loan money without adequate collateral, and be very conservative about any borrowing that you do yourself. There’s a reason that just about every major religion in the world gives its adherents severe warnings about debt.

It’s pretty easy to see that crypto has been a bubble, much like the historical bubbles that have come before—from the tulip bulbs mania of the 17th century to the dot-com bubble. That doesn’t mean it has no value. It simply means that people dramatically overvalued it; it rose rapidly in price; and, subsequently, it collapsed causing severe economic pain to those who put the most into it. This will not be the last bubble. Every generation seems to have one. Follow a sensible written plan to avoid the investing pain they bring on. 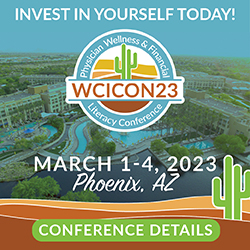 Binance began selling off its FTT on November 5, 2022. It announced that it was doing so on November 6. By November 7, withdrawals from FTX were “sluggish,” but Bankman-Fried said “assets are fine.” On November 8, he tried to sell FTX to Binance. On November 9, Binance said it was no longer interested, and that same day, withdrawals from FTX were no longer possible. On November 10, BlackRock marked down its stake in FTX to $0, and the Bahamas froze all FTX assets. On November 11, the bankruptcy filing was announced. Basically, if you wanted to get your money out, you had to be one of the very first people to know about all of this. Many times a year, I am disconnected from the world for a week or more at a time. There’s no way I’m going to check on my investments every day, much less the multiple times a day it would require to get out of something like this. Don’t invest in something you’re not content to hold for decades, and don’t leave it someplace that you are not content to leave it for decades.

Lots of lessons to learn here from this debacle for the crypto community, government officials, and the everyday investor. Be sure you internalize the ones that apply to you.

What do you think? Did you lose any money in FTX? Will this meltdown make you reconsider whether you should have cryptoassets? Why or why not? Comment below!