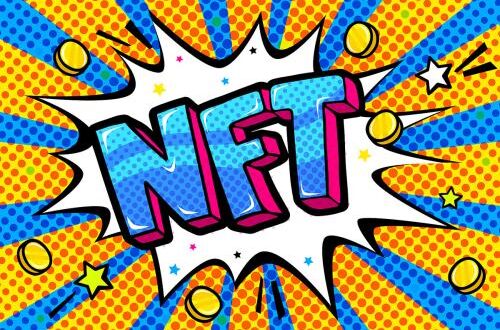 There is little in this world more valuable than fine art. Just ask Paul Allen, whose collection of paintings and sculptures recently fetched over $1.5 billion at auction, including $117 million for van Gogh’s “Verger avec cyprès.” But, as so often happens, the financial rewards of fine art accrue to the collector, not the artist.  Van Gogh sold one painting in his lifetime—and for significantly less than $117 million—despite having produced more than 900 works of art.

Financial success has started to come to the digital world as well. Mike Winkelmann, better known as Beeple, sold his Non-Fungible Token (“NFT”) “Everydays: The First 5000 Days” for $69.3 million in 2021. Unfortunately, most digital artists are more similar to van Gogh than to Beeple—at least as far as their financial fortunes are concerned. An April 2021 analysis of data gathered from OpenSea found that over half of NFTs were sold for less than $200, before fees. So how does a digital artist generate enough demand to create million-dollar sales?

According to a recent 95-page lawsuit filed in California federal court against Yuga Labs, creators of the Bored Ape Yacht Club (“BAYC”) line of NFTs, the answer is to pay celebrities to feign interest in your art. The putative class action lawsuit alleges that Yuga Labs and their promoters attempted to create the impression of organic interest in their NFTs by paying celebrities like Jimmy Fallon, Post Malone, DJ Khaled, and Paris Hilton to purchase the NFTs and then tout their purchases to their supporters, generally via social media.

The celebrities crowed about their new NFTs, at times bought for eye-popping sums, or, in Madonna’s case, bemoaned their inability to get their preferred ape, allegedly creating the impression that the BAYC NFTs “were in such high demand and so exclusive that even a highly-connected celebrity like [Madonna] could not get any one that she wanted.” All the while, the value of bored apes—and the native ApeCoin token launched in March 2022—climbed higher and higher.

Unfortunately for all involved, BAYC was not immune to the market malaise that has seen Bitcoin drop to $17,000 and the S&P 500 drop nearly 25% in a year. An ape that Justin Bieber bought for $1.3 million is now worth a paltry $70,000, and ApeCoin is 90% off its all-time high. Plaintiffs’ assets have fared little better, leading to the current lawsuit.

In some ways, plaintiffs are alleging a fairly basic wash trading scam repackaged with NFTs instead of stocks. Artificial trades create the impression that there is more desire for an asset than the market can actually support, attracting investors who are ultimately harmed if the market ever corrects.

But other aspects of this litigation are unique to BAYC. Part of what Yuga Labs sells is membership to an exclusive club. Ownership of a bored ape can get you into a music festival and…an actual nightclub. Celebrity membership in that club makes the NFTs that grant admission all the more valuable.

Advertisements showing celebrities enjoying a particular product are nothing new. And bars and nightclubs have long provided desirable patrons favorable deals and free products. However, before social media, such endorsements were more transparent. Few people thought that a camera crew happened to stumble into Sean Connery’s home just before he poured a glass of Suntory whiskey (even the paparazzi have limits).

But TikTok, Instagram, Facebook, and other social media apps are particularly susceptible to celebrity advertising because they create the impression that the poster uses the product—or in this case, purchased the NFT—as part of their everyday life. For this reason, the Federal Trade Commission has cracked down in recent years on social media influencers who fail to disclose financial connections to the products in their posts.

The SEC has also taken aim at celebrity promoters of digital assets. In October, Kim Kardashian paid $1.26 million to settle claims that she had used social media to promote EthereumMax without disclosing her financial interest in the cryptocurrency. The SEC’s announcement of the settlement reiterated its November 2017 guidance that “any celebrity or other individual who promotes a crypto asset security must disclose the nature, source, and amount of compensation they received in exchange for the promotion.”

Nor are Congressmen immune to scrutiny. On December 1, the U.S. House of Representatives Ethics Committee fined outgoing Representative Madison Cawthorn (R-NC) approximately $15,000 for promoting the Let’s Go Brandon Coin despite failing to disclose his purchase of $150,000 of the cryptocurrency.

Time will tell whether Plaintiffs’ claims against Yuga Labs have any legs. But what is clear is that the last year’s downturn in the crypto market has drawn scrutiny to crypto developers and their promoters.