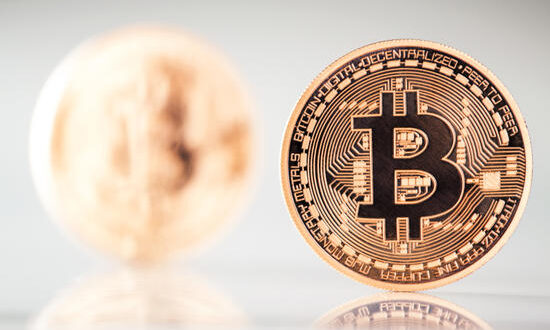 Catherine Wood (Trades, Portfolio) is the founder and chief investment officer of Ark Invest, an investment firm that specializes in disruptive and innovative technology.

Wood’s firm boomed in 2020, with great bets such as Tesla (TSLA, Financial) and Square (now Block (SQ, Financial)) in its equity portfolio. However, her fund is now going through a tough time as the high inflation and rising interest rate environment has caused a switch from growth to value stocks. Her flagship exchange-traded fund, the Ark Innovation ETF (ARKK, Financial), has seen its share price plummet 80% from its all-time high. Despite the challenges, Wood is still buying the dip and loading up on stocks such as Coinbase Global Inc. (COIN, Financial).

Wood has been bullish on Coinbase since its initial public offering in April of 2021. Ark Invest has been continually buying the stock as its share price has been falling. Most recently, she scooped up 158,116 shares on Dec. 29 at an average price of $35 per share. The value of this trade was about $5.5 million. Ark Invest now owns approximately 7.8 million shares of Coinbase, making the firm the sixth-largest shareholder with about a 4% stake.

The share price of Coinbase is down 89% from its all-time highs in November 2021. This decline has been driven by the aforementioned macroeconomic environment as well as the “crypto winter” we are currently experiencing. In addition, the collapse of crypto exchange FTX and the ongoing public trial of its founder Sam Bankman Fried has sent shockwaves through the industry. This has led to calls for increased regulation and questioned the safety of all crypto exchanges for its customers.

CNBC’s Jim Cramer mentioned the effects to major players such as Binance in a Tweet. FTX paid many celebrities, such as “Shark Tank’s” Kevin O’Leary, Tom Brady, Shaquille O’Neal and even Larry David to be active spokepeople for the company. These celebrities, who were reportedly paid millions of dollars, have since been criticized for their part in misleading retail investors. 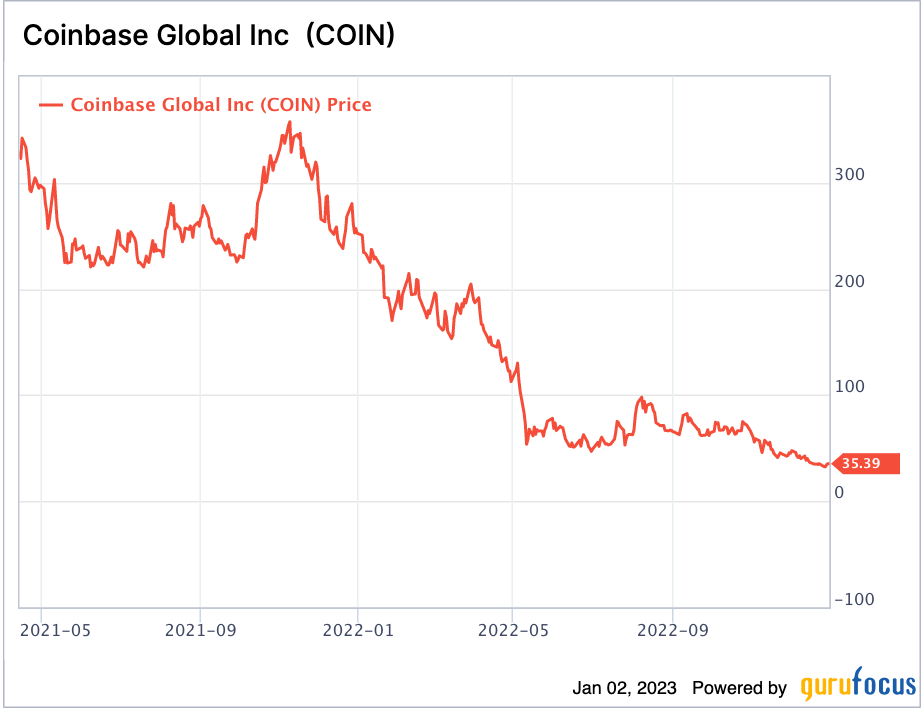 Many of these spokespeople, such as O’Leary, were also investors in FTX. He lost approximately $15 million in the collapse, which was a similar figure to what he was paid. He is now an advocate for “getting to the bottom” of what happened, and has been very transparent on the subject. In an interview with CNBC, he noted this could actually be a positive for the industry as it is the catalyst needed to spark regulation. A regulatory environment, he argued, ensures greater trust, which should boost institutional investor trading and inflows into crypto stocks.

As Coinbase is already an established player, this will likely benefit the company. Increased regulation will solidify the barriers of entry for competitors. This means consolidation in the industry is likely, which will cement Coinbase’s position as a leader.

The company also has a major opportunity to become the platform for the “Web3” ecosystem. On Dec. 21, Coinbase announced plans to increase adoption of non-fungible tokens via giving inbrowser access to NFT marketplaces. It is focusing on creating the “tooling” for Web3, so creators can focus on building a community. 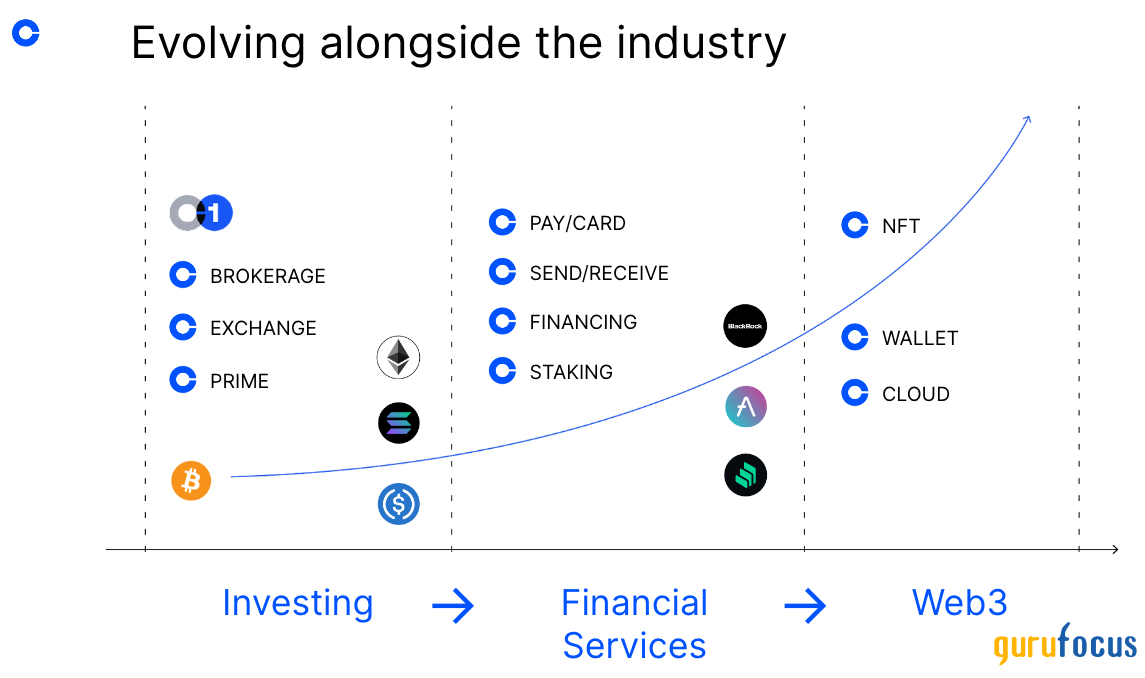 The company has also bolstered its Wallet Security through a DApp blocklist and spam token management. More security features should increase trust in the platform, which is a positive.

Coinbase reported mixed financial results for the third quarter of 2022.

Revenue of $576 million declined by a staggering 53% year over year. This decline was mainly caused by a substantial slowdown in crypto trading, as butchered crypto prices have caused investors to change habits. Coinbase noted that many of its users are “holding” cryptocurrency and adopted alternative services such as staking. 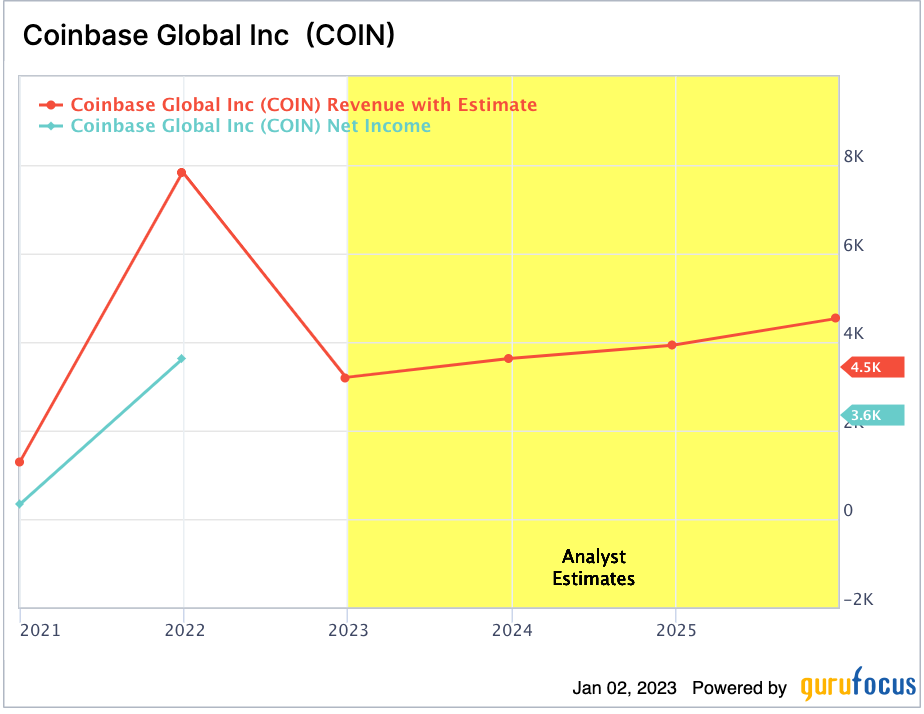 As Coinbase is holding many crypto and dollar assets for users, the company actually benefits from the rising interest rate environment, similar to a traditional bank. The company reported a 1,111% increase in interest income. This helped boost the company’s subscription and service revenue by 42% year over year to $210.5 million. 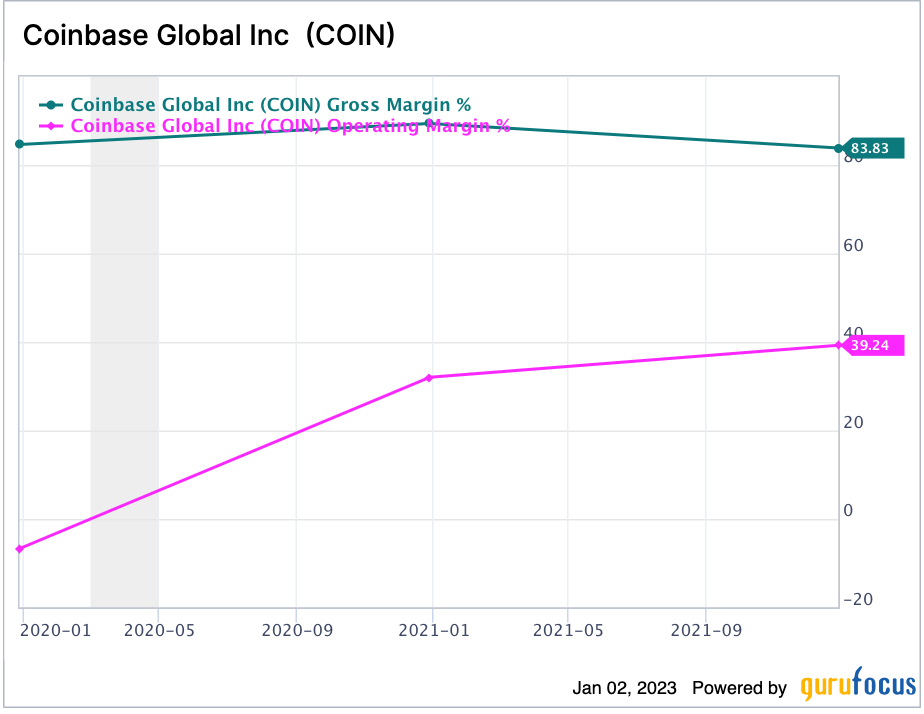 Coinbase has a robust balance sheet to manage its losses with $5.6 billion in cash and cash equivalents. It does have $3.64 billion in total debt, but the majority is long-term debt and, therefore, is manageable.

Coinbase trades at a price-sales ratio of 1.54, which is significantly cheaper than its 2021 average of over 10. 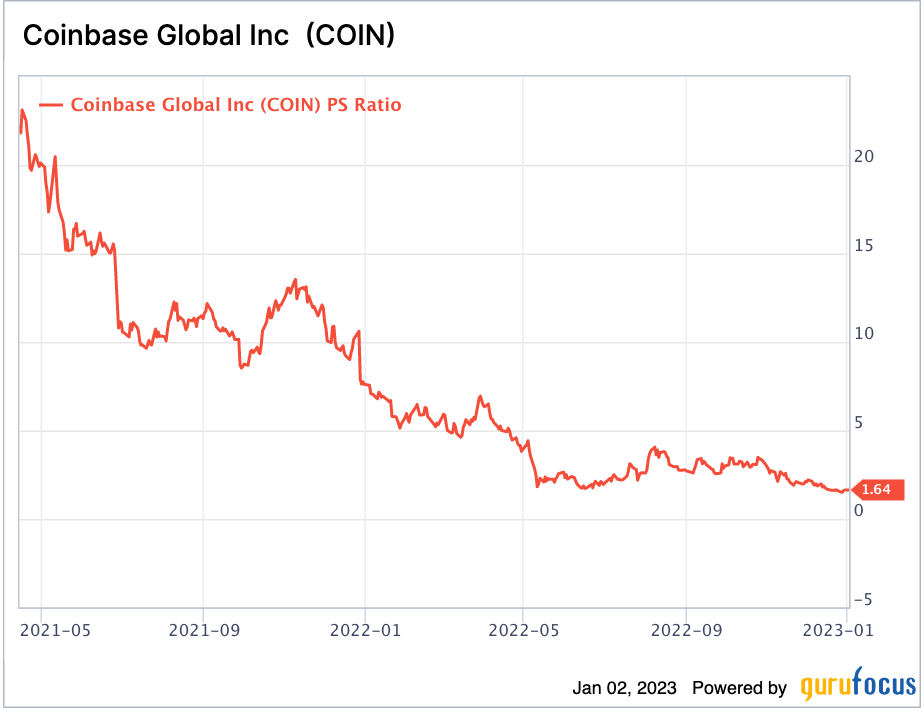 Wood’s buy point of $35 per share can also be used as an indication of the stock’s valuation.

A risk for Coinbase is, according to 13F filings, investors such as Ray Dalio (Trades, Portfolio)’s Bridgewater Associates and Joel Greenblatt (Trades, Portfolio) sold out of their entire stake in the third quarter of 2022. It is unknown at this time whether these investors bought shares again in the fourth quarter of the year.

Further, Wood has been bullish on the stock since its IPO and has been buying shares at these low levels. At the time of writing, investing in Coinbase could be considered a contrarian play. Usually when bad news like the FTX collapse affects an entire industry, it can create a value opportunity for the long-term investor.