Recently, BONK, a meme crypto token, garnered a lot of attention as it rose to nearly 4000%; giving a new momentum to meme tokens.

With the launch of BONK, the Solana blockchain‘s first meme token, meme coins are back in action. Most meme cryptocurrencies have risen in value in recent weeks.

With a newfound boost and excitement in the crypto community, these top meme coins may again “go to the moon.”

Top Meme Coins To Look Forward To In 2023

The OG meme coin boasts one of the most active communities of all time in the world of crypto, with even some celebrities supporting it. Additionally, DOGE has been mostly gaining since January 1.

According to Coincodex’s technical indicators, the current sentiment is bearish around Dogecoin. Since DOGE’s price has declined by 50% in the last 1 year, it may be profitable to invest in Dogecoin right now. Coincodex predicts that the price of DOGE would be between $ 0.111529 and $ 0.334920 by 2024-25. 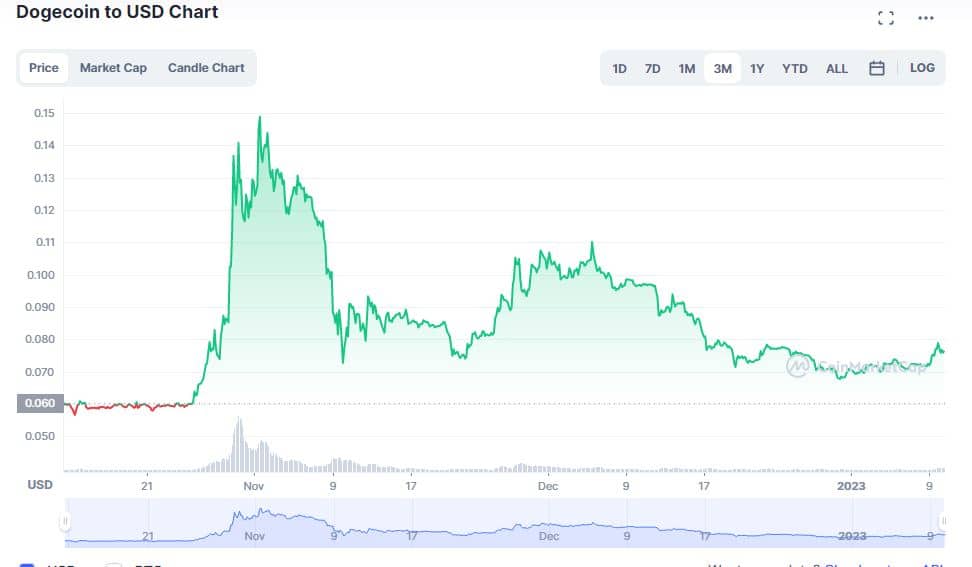 According to Coincodex’s technical indicators, the current sentiment around Baby Doge is bearish. Since the Baby Doge’s price has declined by 69.67% in the last 1 year, it may be profitable to invest in the meme token right now. Coincodex predicts that Baby Doge price would be between $ 2.080e-9 and $ 6.246e-9 by 2024-25 ( 571.82% rise in the best case scenario).

It is important for anyone considering investing in meme coins to carefully research the asset, and understand the risks involved before making any investment decisions.

Disclaimer: This is not investment advice. DYOR