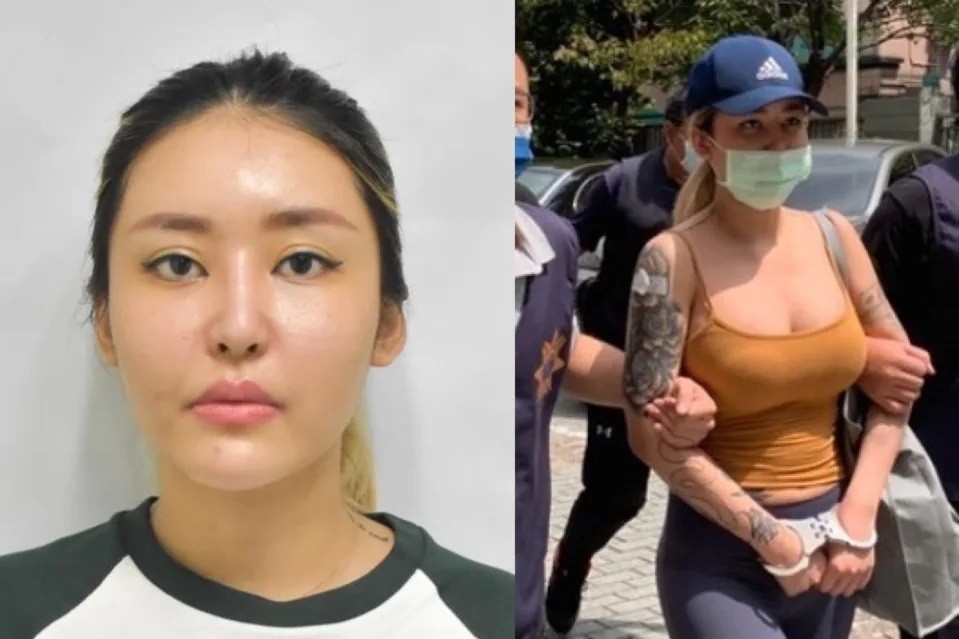 Mugshot of Pan Yuan, and Pan is escorted by officers. (CIB images)

TAIPEI (Taiwan News) — An internet celebrity and the alleged mastermind behind a sophisticated marijuana smuggling and sales ring reportedly died in Canada on Christmas Day last year from an apparent suicide.

Pan Yuan (潘緣), a 25-year-old internet influencer, was arrested in September 2021 for smuggling from the U.S. more than 8 kilograms of marijuana, which her customers had purchased with cryptocurrencies such as Bitcoin, Ethereum, and Tether. Pan and 12 other suspects were investigated by the Taoyuan District Prosecutor’s Office for violating the Narcotics Hazard Prevention Act (毒品危害防制條例) and she was released on bail.

In 2018, she was sentenced to two years in prison, which was commuted to five years of probation and 240 hours of community service, for purchasing marijuana. She claimed she bought it to “help with sleep” after allegedly suffering from a miscarriage, insomnia, and physical and mental stress. However, she failed to serve the court-ordered community service.

In July 2021, the CIB received a tip about suspicious packages and seized 2 kg of cannabis imported from overseas. The bureau set up a task force and began an investigation to track down the intended recipients of the contraband. 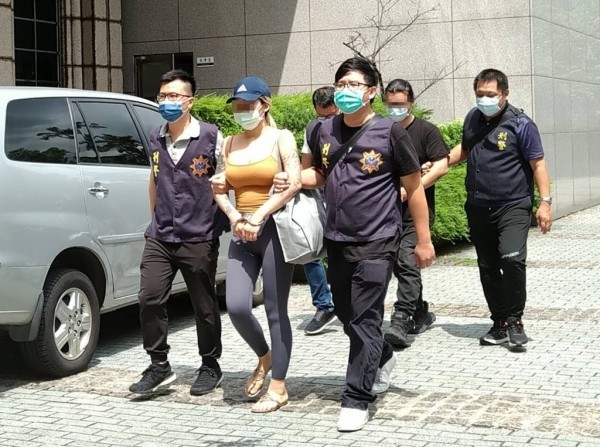 After a two-month investigation, police found that Pan, a resident of New Taipei City’s Sanchong District, smoked marijuana and realized that she could have purchased the class 2 narcotic from a website in the U.S. She allegedly would purchase the drugs with cryptocurrencies and have them shipped to Taiwan, concealed in tea leaf cans and biscuit boxes to evade detection.

Pan allegedly decided to begin selling illegal drugs for a profit and recruited 12 accomplices with whom she communicated using end-to-end encryption on the messaging app Telegram. She told her accomplices to use fake names when receiving the packages to stymie efforts by police to discover their identities.

On Sept. 13, 2021, CIB officers raided Pan’s home, where they found 1.2 kg of marijuana, four mobile phones, five bongs, a bottle of vaping oil, and one vaporizer. Police arrested Pan and a 35-year-old man surnamed Ho (何), before later releasing her on NT$300,000 bail.

Having failed to complete her community service, a warrant was issued in May 2022 for Pan’s arrest. In August 2022, the CIB listed her as “the object of an important and urgent investigation.”

CTi News on Wednesday (Jan. 11) cited police as stating that Pan had fled to Canada in 2022. According to police, Pan was arrested by Canadian immigration authorities in October 2022 for overstaying her visa and was placed in a detention center.

She was originally expected to be repatriated by Canadian authorities to Taiwan. However, Pan committed suicide and died in the detention center on Christmas Day 2022, according to police.

Canadian officials then notified personnel from Taiwan’s Ministry of Foreign Affairs in Canada of Pan’s death on Dec. 26. ETtoday said Pan’s friend recently revealed the news of her death on social media, and the news agency cited a source as saying that Pan’s sister announced on a social media post she had passed away in Canada. A simple funeral was held in her honor, and her remains were cremated locally.

Those considering suicide should immediately call the Taiwan Suicide Prevention Center at 1925 or Taiwan Lifeline International at 1995. Foreign residents can call the Community Services Center’s emergency hotline at 0932-594-578, 24 hours a day.