Bitcoin (BTC-USD) is trading back above the $20k level, up more than 30% from its cycle low as an impressive start to 2023. Even as BTC is still down nearly 70% from its all-time high, there is a sense that this latest rally is more than just a “bounce” considering the technical setup in the context of recent developments.

Following a year defined by extreme volatility including the high-profile crypto sector scandals, Bitcoin stands out as a survivor of the “crypto winter”, positioned to emerge stronger. The way we see it, the long-term bullish case for Bitcoin is as strong as ever with the added benefit of new macro tailwinds. We’re bullish on BTC and expect more upside going forward.

Why Is Bitcoin Rallying?

Several factors help explain the newfound momentum in Bitcoin. First, we can bring up the improved market sentiment across most asset classes reflected in the strong rally in stocks over the last two weeks.

From an environment of extreme pessimism at the end of December, the pendulum has sort of swung with the market assessing the most recent economic data. Solid December payrolls report, along with an encouraging inflation update showing the CPI declined on a monthly basis, has helped ease concerns over the most pessimistic scenarios.

The setup is particularly positive for some of the worst-performing market segments in 2022, including the speculative side of next-generation technology and crypto. For all the things Bitcoin is and can be, it still represents a segment of high-beta tech through its connection to blockchain applications. A rebound from that side helps explains part of the current strength.

Separately, those signs inflationary pressures are easing have opened the door for interest rates to stabilize, working to drive a sharp reversal of the U.S. Dollar lower as a global theme. In this case, Bitcoin as a digital asset an alternative to fiat is rallying now by capturing similar high-level trends as foreign currencies, and commodities like gold (GLD).

The point here is to say that the rally in Bitcoin isn’t so much based on a single factor or headline but through a combination of several macro themes and market fundamentals. Still, we think there is a bigger story at play than BTC simply riding the tide in risk assets higher. Crypto sector-specific developments are also adding to the momentum.

The Gold Standard of Cryptocurrencies

If there was ever a time for the long-running calls among crypto skeptics for Bitcoin to crash and burn to zero, 2022 would have been it, but here it is standing firm.

One of the biggest stories last year was the apparent overnight collapse of “FTX”, once among the largest crypto exchanges in the world. The case we made in an article at the time was that the bankruptcy would ultimately prove to be positive for Bitcoin as it could mark a capitulation of the 2022 crypto sell-off and a final reset compared to the exuberance that got ahead of itself at the highs. That prediction is starting to look good now.

In our view, the FTX fallout may have helped Bitcoin consolidate its place as the “gold standard” of crypto, with the real losers being the category of smaller crypto-alts and tokens which played a central role in the demise of 2022 crypto casualties including FTX and other examples like the case with “Celsius Network”.

We sense that efforts at new regulation being discussed by governments looking for tighter control of the crypto market will be directed towards that side of centralized exchanges and private coin offerings, which are a source of system vulnerabilities. There was a time in 2021 when any crypto-related startup could get away it just a flashy name. The difference now is that investors will be much more skeptical to jump on those types of ideas.

That leaves Bitcoin as the first and largest cryptocurrency where its decentralized public protocol is bigger than any single celebrity character and has proven to be secure. By this measure, Bitcoin simply got caught up in the scandal headlines while not directly connected.

To be clear, we still see a place for various other cryptocurrencies including the established majors like Ethereum (ETH-USD), but the bigger takeaway is that the case for BTC gets reinforced. A growing understanding of its importance as a store of value and alternative asset bodes well for its continued demand as a form of money and payments, beyond the scarcity value assigned by both small and large investors. The upside potential in the long-term bullish case for BTC has only grown over the past year.

Fast-forward, it’s encouraging that more than two months since the FTX collapse, we haven’t seen a wider financial contagion event taking place within crypto. In our opinion, the relative stability in the price of Bitcoin in the period since, reinforced by the current rally suggests the worst is over and that the market bottom is in. We can also bring up the reports suggesting the FTX bankruptcy proceedings are moving forward, with more than $5 billion in assets recovered, as a positive step in restoring confidence.

Through a reset of expectations and the total BTC supply consolidated among a smaller group of committed long-term “HODLers”, we believe this rally has room to run. A bullish call for BTC from here will need the macro picture and broader risk sentiment to remain positive, which reflects our overall optimism going forward.

Looking at the chart, it’s encouraging to see BTC back above $20k and also climbing beyond the long-running downward trendline that had been in place through all of 2022. It’s a break-out higher in our book, and we see the momentum building as more traders and investors come on board.

At the same time, it’s important to recognize there are key areas of technical resistance approaching. Ideally, we want to see BTC trend over $25k, which would signal a more significant shift in positive momentum, returning the market to levels from the first half of last year. To the upside, $30k would be the next major target as our initial year-end 2023 forecast.

The other side of the discussion considers the ongoing risks. Even with a bullish outlook, it’s not going to be a straight line higher. It’s important to remember that BTC and “crypto” remain speculative, which translates directly into recurring volatility. On the downside, holding $19k will be important for the bulls to maintain control, while a break lower would force a reassessment on our part. The possibility of a deterioration of the macro outlook, including the possibility of a sharply stronger dollar would also be bearish trends toward BTC.

We mentioned the ongoing discussions by governments globally to add regulations to the sector or even an outright ban. These sorts of headlines have the potential to undermine the bullish case and should be monitored.

Add some conviction to your trading! Take a look at our exclusive stock picks. Join a winning team that gets it right. Click here for a two-week free trial. 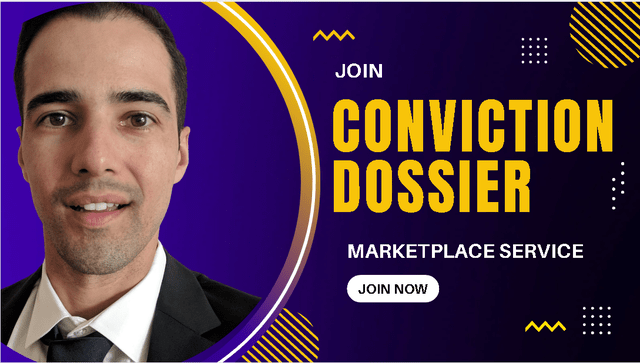