Web3 is the next evolution of the Internet, and it has been slowly building under the surface for years.

Based on blockchain technology, and emphasising privacy and decentralisation, this new Internet has the potential to disrupt whole industries. The events industry is one that is feeling the first effects of Web3 adoption and the possibility for major changes in how events are organised and delivered is enormous.

First, let’s take a step back and define Web3: Web3 is considered the third evolution of the Internet. What started as simple, static webpages in the late 20th Century (Web1), soon became the data-driven ecosystem that is today’s modern Internet (Web2).

With a massive increase in privacy breaches and the centralisation of control and money in companies such as Google and Facebook, alternatives have been sought to increase the democratic aspects of the World Wide Web, while providing more privacy and freedom for its users. Enter Web3.

Web3 is based on blockchain technology, which is the underpinning for increasingly mainstream inventions, such as cryptocurrency and NFTs – components that sit atop the Web3 platform. Many other lesser known Web3-based technologies also exist, however, such as Decentralised Autonomous Organisations (DAOs) and Decentralised Apps (dApps). These tools use a Web3 technology called smart contracts to automate administrative processes and reduce the friction involved in complex transactions such as loans, voting, and monetary exchange.What has this got to do with the events industry?

Increasingly, we are seeing news stories about large organisations which have lost their users’ data due to a privacy breach or hack. Companies are spending billions of dollars each year to defend against a constant barrage of attacks, while trying to adhere to increasingly strict privacy laws. Despite this, Internet users are still forced to trade their personal information for access to services, at the risk of identity fraud and loss of privacy.

In a Web3 world many of these problems can be eliminated. Web3 is constructed using strong encryption, which is used at the most fundamental levels to provide privacy and security to its users. Users create a single account, called a Wallet, which allows them to maintain all their personal information in one place and provide that information to whomever they choose, under what conditions and for how long they choose. The data provided is not stored externally, which greatly reduces the risk of being caught in a data breach and limits other unintended consequences, such as personal information being sold to other parties.

For events companies which deal with large amounts of personal data that needs to be kept current and often reused, this can be beneficial as it means that access to delegates who want to be contacted is easier and more reliable.

Ticketing and registration are arguably areas that will likely see the most changes in the near future. There are several major drawbacks with the status quo for ticketing, including loss or damage of physical tickets, scalping/touting, and access control. Changes made during the pandemic have shot the ticketing industry forward with digital tickets and QR codes, but even they have similar limitations. Many of these limitations can be alleviated by using Non-Fungible Tokens (NFTs).

Now, NFTs are mainly seen as low-quality images that are sold for millions of dollars by celebrities, however this niche use only scratches the surface of what they can be used for. NFTs are a way of uniquely identifying any digital resource, which allows them to be used in many creative ways.

One example of an event that is using NFTs to their fullest is Coachella. As of this year, this premium concert event is using NFTs as their main ticketing method. Concertgoers can purchase NFTs online, which can be used to record attendance, provide various levels of access and even contain hidden prizes within them that can be accessed after purchase. Not only that, but the NFT tickets themselves are artistically designed and are likely to retain value as a collector item going forward.

Beyond these advantages, NFTs can include built-in features to ensure that royalties are paid with each sale, even if they are on-sold to another person. Because NFTs use smart contract technology, instructions can be embedded in them that ensure that a percentage of every sale, even those made after the initial purchase, is paid directly to the artist or organiser.

Using NFTs has greatly simplified the logistics of ticketing, provided a unique value-add and become a source of additional revenue that standard ticketing can’t match. 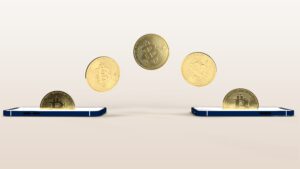 Ticketing lends itself perfectly to Web3, but replicating existing ticketing is just a small piece of the puzzle. Organisers of a recent Lewis Capaldi event in Iceland leveraged NFT tickets to secure lending for the event itself.

In advance of the event, a substantial booking fee was required by the organisers to secure the venue. To secure the loan, a Web3 company known as GET Protocol was contracted to arrange a loan which would be instantly paid back via smart contract as each ticket was sold. This method ensured timely repayment of the loan and security to the lender. Each ticket sold also boosted the borrower’s credit rating with the lender, which in turn makes assessing their risk level easier and more accurately for future loans.

Building in an automatic payment system into the tickets greatly reduces the cost and time to process and repay loans, which in turn helps both the organiser and the lender.

It is a challenge to create an event that will appeal to the maximum number of people within a target audience, especially for large events with worldwide audiences. There are often many competing opinions, cultural and financial differences, and other logistical challenges. Usually these are resolved by allowing a handful of people to make decisions for the whole, attempting to best-guess their way to a successful event.

A Web3 alternative to this method would be to create a Decentralised Autonomous Organisation (DAO) a collection of people who collectively raise issues and vote on them, using blockchain tokens to tally the votes. The number of tokens that each person holds can usually assigned either by purchasing or in exchange for some other form of commitment such as volunteering for the cause.

In 2021, a DAO was used in an attempt to purchase a copy of the United States Constitution. ConstitutionDAO was a collection of disparate people from around the globe who wanted to be a part of the bid. Together they raised over US$47m worth of the cryptocurrency Ethereum and bid on the document in a Sotheby’s auction.

Although they were outbid, the refund clause of the smart contract used was enacted to automatically refund all contributors.

It may not be too long before event managers find themselves organising events on behalf of a DAO as a regular part of doing business.

Despite over a decade of development, Web3 is still very much in its infancy and accounts for a small percentage of all Internet-related employment. However, Web3 technologies are experiencing growth that dwarfs that seen during the adoption of the first Internet and shows no sign of slowing down.

Both Web3 and the events industry are geared towards fostering community engagement. This intersection of purpose is what makes Web3 a key technology that could transform how events are planned, managed, and delivered.