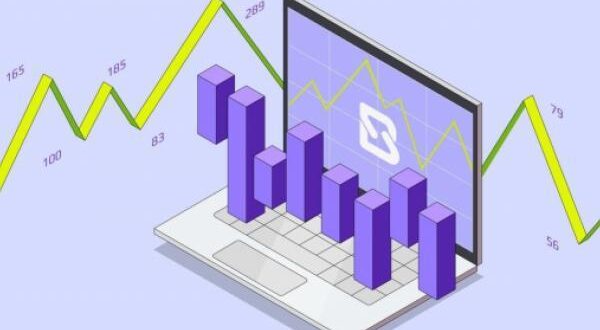 Most of us have, in some way, heard of fantasy football. This involves people virtually putting together a football team of real-life players and having their points increase or decrease based on the performance of the players in the real world.

Most of us have, in some way, heard of fantasy football. This involves people virtually putting together a football team of real-life players and having their points increase or decrease based on the performance of the players in the real world.

You might not have the money to buy a football team and hire the real Tom Brady but you can create a fantasy football team and ‘add’ him to it. If he does well in reality, you get points. Eventually, a winning team is crowned and there is usually some financial reward for this.

In the last few years, fantasy sports has become a global phenomenon that unites sports fans and has millions of players worldwide. Beyond that, it has also made the idea of ‘investing’ virtually in assets (player skills, in this case) indirectly a mainstream concept. Now, it seems this is being taken a step further with a new company called Stock Battle.

All About Stock Battle

While Stock Battle is a relatively new company (it was founded in June 2021), it is taking on a rather seasoned idea — have people virtually invest in something and gain or lose points based on its real-life performance. But with Stock Battle, you’re not investing in athletic ability but in actual stocks or cryptocurrency.

In this game, users create a ‘portfolio’ of real-life stocks. Each game comprises 3 to 12 players and can last anywhere from 5 minutes to an hour. The game is won by whoever’s portfolio sees the most amount of growth in real life during the game.

For example, your virtual portfolio might consist of Netflix and Amazon stock and during the course of the game, both stocks might see a downturn or upturn and you might even end up losing or winning based on this. All the data is gotten directly from NASDAQ to ensure accuracy and Stock Battle has been getting increased media attention these days.

The game was founded by Mikhail Gavrilov, who is a former programmer from St. Petersburg that relocated to California. According to Gavrilov, the idea for the company was based on his love of American football and fantasy football. Now, he is able to share that love, but in the context of stock and cryptocurrencies, and believes that the game offers a lot more than just winnings and entertainment.

The Potential For Fantasy Stock Trading

There are a lot of potential benefits to be enjoyed from fantasy stock trading for players. First, there is an obvious chance to win games and increase their ranking within the community. It also provides an avenue for financial education.

When it comes to fantasy sports, players often take the time to learn about the athletes, teams, coaches, and so on to better their chances of winning. With fantasy stock trading, there is the opportunity to learn more about stocks and the companies behind them, cryptos and the blockchains they are based on, and so on.

It also provides players with a chance to explore the world of investing with far lower stakes. Just like with fantasy sports, they do not have to spend a small fortune on bitcoin or Amazon stock to partake and should any of the assets used perform poorly, there will be little financial fallout for the players.

Stock Battle has teased some exciting new announcements coming in the near future that will expand on in-game capabilities and provide even more exciting ways for players to virtually explore the worlds of investments and gaming.

© 2021 Benzinga.com. Benzinga does not provide investment advice. All rights reserved.

getty images 23XI Racing The team created by Michael Jordan and Denny Hamlin (right) had its first full season in NASCAR’s Cup Series. Known for its emphasis on diversity initiatives such as its SPEED Institute, 23XI brought on top-tier brands McDonald’s, DoorDash and Dr Pepper as sponsors for driver Bubba Wallace (left). And, in a […]

AEG Global Partnerships AEG Global Partnerships Top of the list for 2021 was a record-breaking 20-year agreement with Crypto.com for the naming rights to the former Staples Center, the AEG-owned and operated arena that serves as the official home of the Los Angeles Lakers, Clippers, Sparks and Kings. AEG GP secured a three-year deal with […]

getty images Ari Emanuel, Chief Executive Officer, Endeavor The completion of a long-awaited IPO at a valuation of $10 billion in April of last year and the highest grossing and most profitable nine-month stretch in the history of the UFC were two of many highlights for Endeavor CEO Ari Emanuel. He has spearheaded the expansion […]