Can the Crypto Industry Survive Without Celebrities and Influencers? By DailyCoin – Investing.com 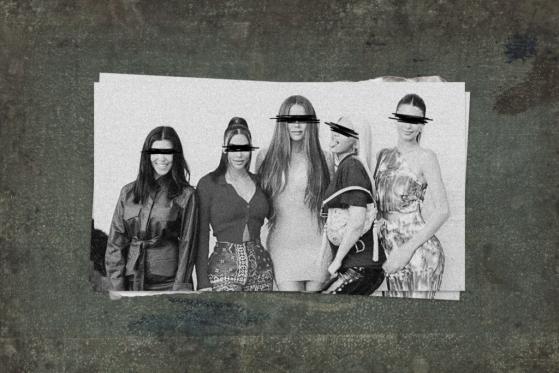 Can the Crypto Industry Survive Without Celebrities and Influencers?

and cryptocurrencies gained notice on bulletin boards, where information about their value was disseminated by what are now called crypto maximalists. As crypto gained more mass acceptance, social media became a primed digital locale to distribute learnings and data about existing or upcoming cryptocurrencies. With an abundance of social media gurus spread across social media platforms, how would the market react if they suddenly were banned?

Is There a Difference in Influencers?

There is a staggering contrast between self-proclaimed influencers and social accounts, especially on Twitter (NYSE:), that act as influencers but don’t seem to call themselves one. According to Influencer Marketing Hub, influencers have “the power to affect purchasing decisions” through their authority and relationship with their audience.

Glauber Contessoto, the Millionaire, told DailyCoin in a Twitter message that crypto influencers are just “individuals that have had some sort of success in the field,” and their opinions are valued by their followers. Moreover, he notes a difference between “shillers” and those who provide qualitative insights from within the industry.

As markets mature and there is a bigger influx of new and inexperienced users, influencers will impact market prices. Research on “Forecasting Crypto-Asset Price Using Influencer Tweets” reveals influencers’ activities, especially on Twitter, are affecting the price of cryptocurrencies. However, the end result of any indirect interaction between influencers and crypto leads to price fluctuations.

“This isn’t financial advice” is a prevailing phrase found on many crypto Twitter accounts, because as Glauber Contessoto says, people should make decisions based on their research. New York Times columnist David Segal compares crypto purchases with spectator sport, where the louder the noise generated on social media, the higher the perceived worth.

However, that’s far beyond how value is attributed to crypto projects. The Dogecoin Millionaire told us that he “didn’t go all-in because of fundamentals or utility but because I knew social media and the media, in general, would be the most powerful tool in the success of Dogecoin.”

This illustrates how the success of a project is more attributed to the buzz and hype it can generate instead of the value added to the network. With research showing only 16.9% of crypto investors fully understand the technology, the market gets infiltrated by messages that build on human emotion, including FOMO, to gain funding without rendering a usable end product.

Celebrity or sports crypto endorsements such as the Crypto.com and F1 partnership help create an association between consumers and crypto products.

However, shilling and hidden promotions done by the likes of the late John McAfee, Jake Paul, or Kim Kardashian discredit existing efforts by opinion leaders to educate the public, mostly on Crypto Twitter.

What’s more is that as a response to growing concerns about crypto scams following the Meme Coin mania generated by Elon Musk and propagated through social media to young and novice investors, TikTok has altered their community guidelines and dimmed the amount of FinTok, financial video on TikTok, on their platform.

With Bitcoin bulls such as Anthony Pompliano educating followers on crypto and the markets, the notion of influencers affecting crypto fades simply because their following is more niched into the industry. While crypto benefited from influencers’ reach to gain mass media exposure with every crypto epoch, influencers become a short-term marketing tool for new or existing projects.

Why You Should Care?

Social media influencers and opinion leads continue to affect the price and action of the crypto market depending on the state it is in. Thus, influencer efforts are minimized during a bear market and potentially maximized during a bull market run.