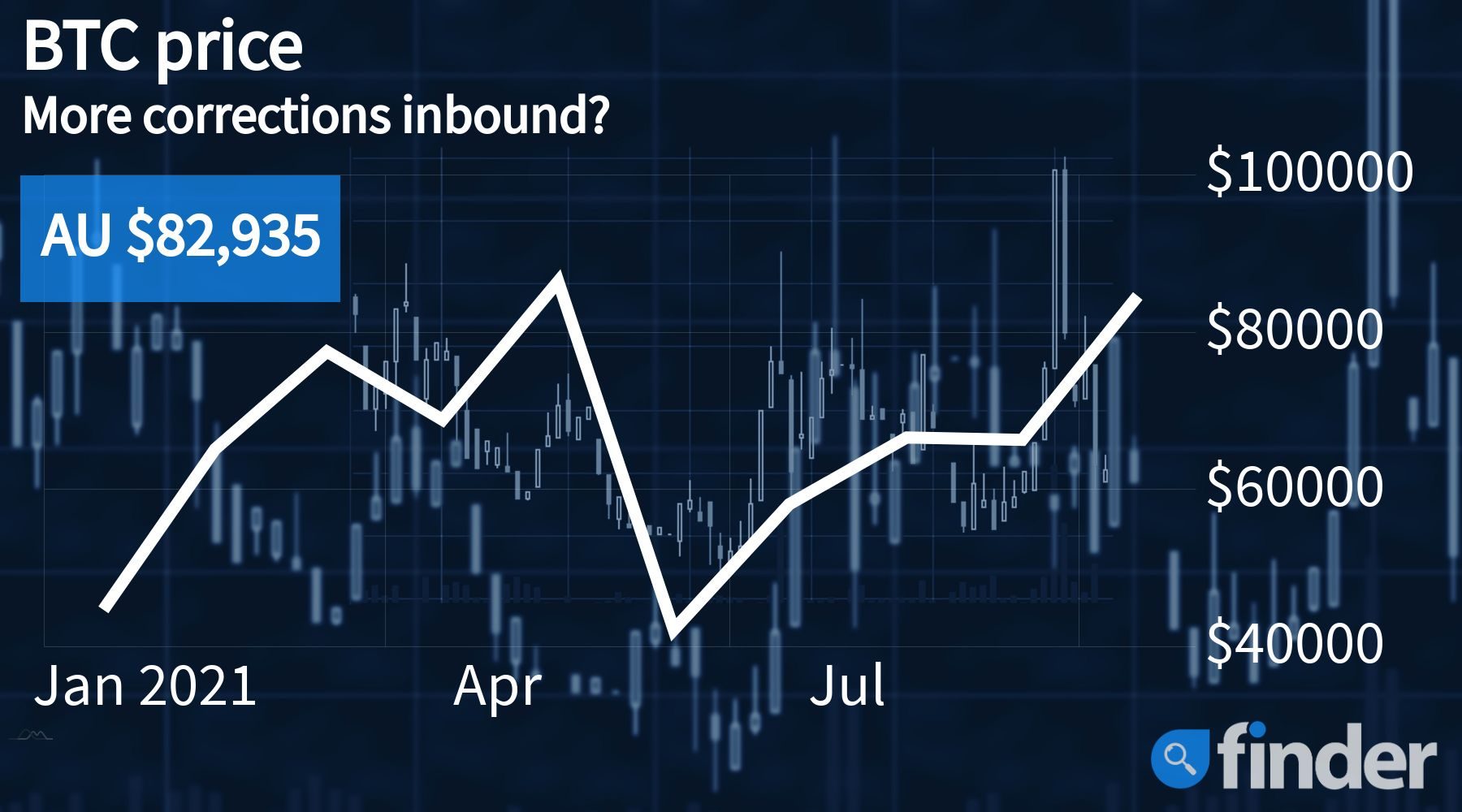 Despite its recent struggles, Bitcoin’s monthly gains continue to hover around the 45% range

After scaling up to an all-time high of approx. AU $90k (US $67,200) a little over 72 hours ago, Bitcoin, the world’s largest cryptocurrency by total market capitalization, has showcased a substantial correction, currently down nearly 8%. At press time, BTC is trading at a price point of AU $82,800.

Despite the flagship crypto dipping below the all-important US $60,000 (AU $80k approx.) threshold twice, most analysts are still confident that BTC will continue to accrue bullish momentum over the coming few weeks and months. In this regard, pseudonymous digital currency analyst and trader Filbfilb noted that the fractal pattern being showcased by the digital asset over the past few weeks suggests that a push to the $72k (AU $96k) range could be in the works in the near term, adding:

“US $88k would [also] prove to be a target of interest, which ties in with the idea that US $100k will see some front running by sellers,”

To support his claims, FlibFlib noted that cooling funding rates, increased exposure from Bitcoin futures ETFs, and strong buyer support have all helped create a conducive trading environment that could see Bitcoin — as well as a host of other altcoins — rise and continue to gain support.

Lastly, in FlibFlib’s view, even if there were a sudden reversal in market sentiment, he is fairly confident that US $50k may be a region of interest that traders may want to lock in on, even though there is no evidence to suggest that such a drop may happen anytime soon.

How to buy Bitcoin

After having received a regulatory green light from the United States Securities and Exchange Commission (SEC) recently, ProShares’ Bitcoin ETF made its debut on the New York Stock Exchange (NYSE) last week. However, what’s worthy of note here is the fact that the offering was able to record a trading volume of over $1billion on its opening day itself, which as per many estimates is the largest first-day volume for an ETF in terms of “natural” or “grassroots interest.”

Not only that, following the debut of Proshares’ aforementioned ETF, the market seems to be gearing up for the launch of many other such offerings, with Valkyrie’s Bitcoin futures ETF also going live last Friday.

Celebrities continue to back Bitcoin publicly

The list of mainstream celebrities investing in crypto continues to grow, with 90s American pop idol Mariah Carey recently taking to Instagram to reveal that she has partnered with Gemini, a cryptocurrency exchange owned and operated by the Winklevoss twins, to promote Bitcoin adoption at a global level. Lastly, as part of a recent clip released to her 10+ million Instagram followers, Carey noted that anyone using her referral code could get their hands on US $20 worth of free BTC.

Interested in cryptocurrency? Learn more about the basics with our beginner’s guide to Bitcoin, dive deeper by learning about Ethereum and see what blockchain can do with our simple guide to DeFi.

Disclosure: The author owns a range of cryptocurrencies at the time of writing

Disclaimer: This information should not be interpreted as an endorsement of cryptocurrency or any specific provider, service or offering. It is not a recommendation to trade. Cryptocurrencies are speculative, complex and involve significant risks – they are highly volatile and sensitive to secondary activity. Performance is unpredictable and past performance is no guarantee of future performance. Consider your own circumstances, and obtain your own advice, before relying on this information. You should also verify the nature of any product or service (including its legal status and relevant regulatory requirements) and consult the relevant Regulators’ websites before making any decision. Finder, or the author, may have holdings in the cryptocurrencies discussed.