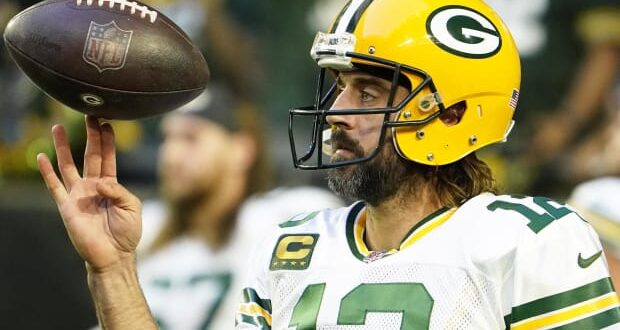 In a video announcement shared on his Twitter page on Monday, Packers quarterback Aaron Rodgers began his address with that popular rallying cry before revealing he has teamed up with Cash App to have a portion of his salary paid to him in Bitcoin, while also using the mobile payment service to give away $1 million in Bitcoin to his fans.

Rodgers made the announcement while still donning his John Wick-inspired Halloween costume, which he spent the past year growing his hair out for.

Rodgers is not the first NFL player to embrace the popular cryptocurrency in this way. Offensive tackle Russell Okung used half of his salary to buy Bitcoin in 2020, while former Chiefs tight end Sean Culkin announced his decision to convert his entire 2021 salary to Bitcoin before he was released in May.

Rodgers’s current contract pays him an average annual salary of $33.5 million, and it’s unclear how much of that will be paid in Bitcoin. The reigning league MVP has led Green Bay to a 7-1 start in 2021, with 1,894 passing yards, 17 touchdowns and three interceptions.