Dogecoin to the Moon: 5 Celebrities That Also Support the Meme Coin – iTech Post 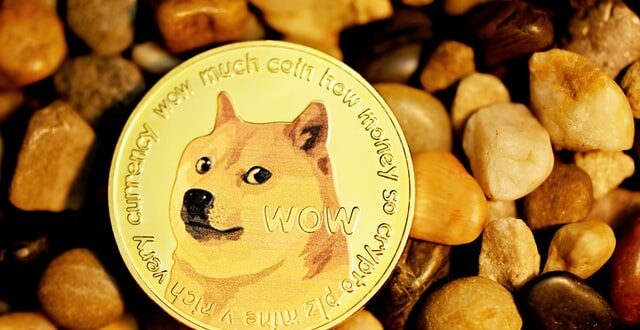 Dogecoin was created in 2013 and is a coin based on the then-popular “doge” meme that portrays a Shiba Inu dog alongside multicolored text in comic sans font. The cryptocurrency was initially started as a joke but has gained an enormous amount of following.

One of the main factors that are surging Dogecoin to the moon nowadays is its cult following from popular people around social media platforms.

The most notable supporter has been billionaire Elon Musk and with that, other celebrities appeared to follow the cryptocurrency lead on Twitter.

Tweets from Elon Musk and other celebrities sent Dogecoin to a record high.

These are 5 well-known personalities that have expressed support for the meme coin as seen on Twitter, according to The Richest.

Mark Cuban is a billionaire and TV personality, also known for his ownership of the NBA Team, Dallas Mavericks.

Bitcoin and other cryptocurrencies have long been a source of mistrust for the tech billionaire.

Cuban, on the other hand, disclosed his personal investment in Dogecoin, including the purchase of some for his kid as a way of teaching him about price changes and why they happen.

Kevin Jonas, a member of the Jonas Brothers, is noted for successfully transitioning from popularity to the financial world. “All I’m saying… $Doge,” Jonas tweeted in response to the Dogecoin buzz.

The tweet subsequently led to a conversation explaining the cryptocurrency’s value to many of his younger followers, which left many of his followers perplexed.

According to Investor Place, his mention sent Dogecoin to an all-time high of $0.087159 per share, thanks to his 5.3 million Twitter followers.

Jake Paul, a YouTube star, is known for his multi-million dollar purchases and investments. He got his start in the cryptocurrency sector at the age of 16, when he put his first Vine brand deal into Bitcoin, earning him almost $46,000, according to him.

The influencer then went on to say something about Dogecoin, calling it the “younger brother” of Bitcoin.

After 8 years of holding

It’s now worth $46,000#Doge is Bitcoin’s younger brother… they have the same potential… it’s still early..

Gene Simmons, best known as the bassist for the renowned rock band Kiss, has tweeted in support of cryptocurrency. Simmons has revealed that he owns “six figures” worth of Dogecoin, in addition to tweeting references like the popular rallying cry “To the Moon.”

Simmons is also noted for his cryptocurrency investments, which include $300,000 in Cardano. He has also tweeted in support of a number of other cryptocurrencies, including Bitcoin and XRP.

In a popular tweet, Simmons even declared himself to be the “God of Dogecoin.”

Elon Musk, a Bitcoin early user, has a reputation for influencing the market value of a variety of cryptocurrencies.

In various Clubhouse forums and on Twitter, he has referred to Dogecoin as “the people’s crypto” and continues to explore the irony of its rise.

Musk recently stated that he had purchased Dogecoin for his son, X A-12, in the same way as Mark Cuban did.

Furthermore, Musk recently tweeted “Tuition is in Dogecoin & u get a discount if u have a dog,” and after that, according to Trading View, Doge went to $3 billion on market cap.

$3 billion in Doge market cap added since this tweet. pic.twitter.com/4nYY3IrZEV

Related Article: Dogecoin Mining Profitability, Hashrate: How Long Does It Take to Mine? Is It Worth It?

Get the Most Popular iTechPost Stories in a Weekly Newsletter