India’s gaming firms raised $549 million in the first quarter of 2021, more than in all of 2020, according to a report by Boston Consulting Group and Sequoia. The unprecedented funding shows no signs of stopping, with investors pumping $840 million into Dream Sports, valuing the company at a whopping $8 billion.

Also in this letter:

Dream Sports, the parent company of online fantasy gaming platform Dream11, has raised $840 million at a valuation of $8 billion in a round led by Falcon Edge, DST Global, D1 Capital, Tiger Global and Redbird Capital.

The round also involved existing investors such as TPG and Footpath Ventures. In March we reported that Dream Sports closed a $400 million secondary funding round at a valuation of around $5 billion.

Diversifying: The 13-year-old company has diversified its offerings in recent years to cover the ambit of sports technology products and services.

It recently committed $50 million to its in-house sports content and commerce platform, FanCode, in a broader push to become a one-stop destination for sports.

In August it set up a corporate venture arm called Dream Capital with a corpus of $250 million to become a sports technology conglomerate.

No IPO plan for now: Harsh Jain, its cofounder and CEO, said that the company’s focus was to create a thriving sports ecosystem in India which goes beyond fantasy gaming.

He said the company will remain private for now, despite a spate of tech startups tapping the public markets. “We are not going to go public because the market is hot, we will do so when we think we are solving a problem. For the next year or so it is not in our plans,” he said.

Mobile gaming in India to hit $5B by 2025, report says: Dream Sports’ fresh funding comes amid unprecedented investments in Indian startups this year.

The country’s $1.8-billion gaming market, while small in global terms, is growing rapidly on the back of mobile-first games, the report said. Revenues from mobile gaming in India are expected to shoot up to at least $5 billion by 2025, it said.

It said that more than 300 million people play mobile games in India, and that the gaming market as a whole grew at a compound annual growth rate (CAGR) of 38% in 2019-2020 and 37% the previous fiscal. This means that gaming has been growing faster than social media in India over the past few years. India’s social media market grew by 11% in 2019-20 and 26% the previous fiscal.

India’s cryptocurrency investors went into a panic on Tuesday night amid reports that the government was likely to table a bill that seeks to ban all “private” cryptocurrencies while paving the way for an official digital rupee.

Catch up quick: The Cryptocurrency and Regulation of Official Digital Currency Bill 2021, has been listed for consideration and passing during the winter session of Parliament, which begins next week, according to a Lok Sabha bulletin issued on Tuesday night.

The news sparked a selling frenzy on India’s crypto exchanges. “We witnessed a lot of selling pressure in the Indian market,” said Nischal Shetty, CEO of crypto exchange WazirX, adding that trading volumes were up 50% from average volumes on Tuesday night.

Yes, but: Crypto industry sources said that the panic was premature and that stakeholders’ discussions with regulators seemed to indicate that a blanket ban on cryptocurrencies was unlikely.

“It is expected that some basic coins such as Bitcoin, Ether, etc could be allowed in some form. The exemptions that are being mentioned are ones routed through #GIFTCity,” wrote Tanvi Ratna, chief executive officer and founder of think tank Policy 4.0.

Crypto tanks: Cryptocurrency prices plunged sharply on Indian exchanges after last night’s news. Bitcoin fell as much as 17%, while Ethereum was down 14%, Dogecoin more than 20% and Polkadot 14%. Even Tether, which is a stablecoin pegged to the US dollar, was down nearly 17%, data from crypto exchange WazirX showed. 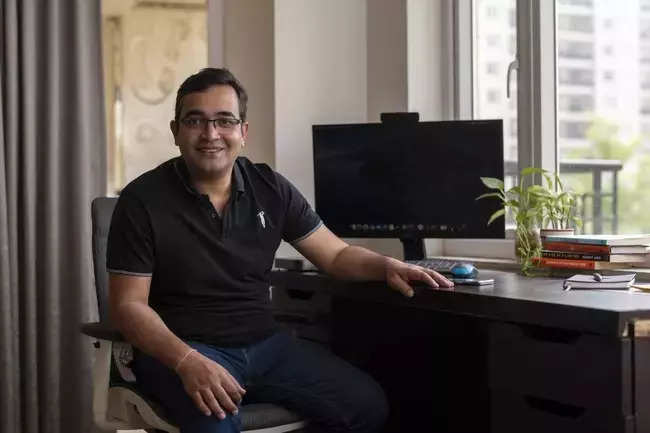 The round marks its entry to the unicorn club, or those startups valued at $1 billion or more. Entrackr was first to report about the funding on Wednesday.

The valuation: The company was valued at $1.5 billion pre-money, or nearly twice what it was valued at when it raised $108 million from Tiger Global and others in July, sources said. The company’s post money valuation will be $1.75 billion, they said.

The latest fundraise includes a $35-million secondary sale component in which some existing investors have partially or fully cashed out.

Sources say: “ADQ and Tiger Global have invested $100 million each in the company, while $50 million has come from Avenir Growth and $25 million from Feroz Dewan’s Arena Holdings,” a person familiar with the development said.

Spinny is expected to use the funds to invest in developing tech and product capabilities, for branding, and to expand geographical reach, sources said.

Expansion plans: Spinny is present in the top 15 Indian cities and is expected to expand to 25 cities by the end of the next calendar year.

BigBasket to open 200 Fresho stores across India by FY23

Tata-owned e-grocer BigBasket has opened its first physical store under the brand name Fresho in Bengaluru. The company said it plans to open 200 such outlets across the country by fiscal year 2023 and 800 by FY26, its cofounder and CEO Hari Menon said.

Fresho stores will sell fresh fruits and vegetables. However, to access BigBasket’s wider range of 50,000 products, customers can place orders online through the Fresho app and collect them at Fresho stores at their convenience.

Quote: “We want to be everything in [the] grocery [business]. This is very strategic in nature as a large portion of customers still want offline shopping for groceries and fresh supplies. The total addressable market is very big,” Menon told ET after the launch of the store on Wednesday. “There will be good chunks of users that remain physical.”

Tell me more: The Fresho store launched in Bengaluru on Wednesday has self-billing counters integrated with video AI tools that let customers pick items of their choice and weigh them at the counter through automatic computer vision and generate bills accordingly.

According to the company, this will help the company reach out to as many as 500 million new users over time. Menon said this was a significant growth opportunity for the online grocer. Each Fresho store would be around 2,000 sq. ft in size and require an investment of Rs 50-70 lakh.

The US-based ecommerce firm is doing in India what it has done with Whole Foods in the US, where a consumer can order goods on Amazon Fresh online and pick them up from the nearest Whole Foods store in select cities. 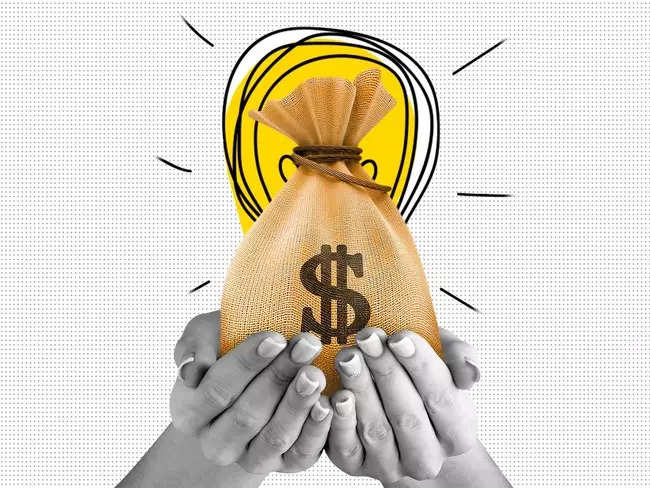 ■ GlobalBees, a direct-to-consumer (D2C) brand roll-up platform from the Firstcry stable, said it has invested in three startups. With investments in Healthyhey, Rey Naturals and Intellilens, the firm has made its foray into health and sports supplements, and intelligent eyewear. As part of the deal, the founders and the respective teams of the three brands Healthyhey, Rey Naturals and Intellilens will become a part of GlobalBees.

■ CoreStack, a multi-cloud governance SaaS provider, said it has raised $30 million in Series B funding round led by Avatar Growth Capital, with continued participation from Dallas Venture Capital (DVC), Iron Pillar and other angel investors. This brings CoreStack’s total funding to $45 million, following its Series A in March 2020. The funds will be used for growth, expanding into newer markets and innovation.

■ Park+, an app for car users, has raised $25 million in a Series B funding round co-led by Sequoia Capital India, Matrix Partners India and Epiq Capital. Existing and new investors, including AdvantEdge, Fund II-A Series of Somani Investments LP and Motherson Lease Solution Ltd., also participated in the fundraising.

■ Bengaluru-based EV maker Simple Energy on Wednesday said it has raised $21 million in a funding round. The aim was to raise $15 million in fundraising, but immense investor interest resulted in the company mopping up more capital in the pre-series investment round. The oversubscribed funding round was driven by the company’s current investors and board members, Manish Bharti of UiPath and Raghunath Subramanian, non-executive chairman, UiPath India, respectively.

Today’s ETtech Top 5 newsletter was curated by Arun Padmanabhan in New Delhi and Zaheer Merchant in Mumbai. Graphics and illustrations by Rahul Awasthi.