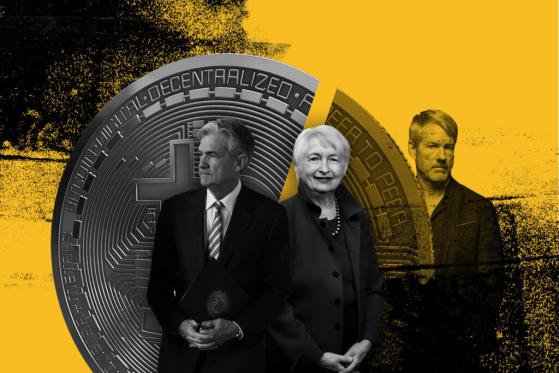 Read in the Digest

While Bitcoin struggles to make gains, has led the market’s recovery, gaining more than 7% over the last 24 hours. The soaring prices of ETH have seen it rise above $4,700, bringing it within inches of the all-time high of $4,850, set on November 10th.

While Ethereum’s recent performance is laudable, it pales in comparison to its year-date gains. Since the start of 2021, when ETH was trading at $736, Ethereum has gained by more than 530%, outperforming the world’s largest crypto, Bitcoin.

Amidst Solana’s (SOL) surge, the largest cryptocurrency fund in the world, Grayscale, has announced the launch of Solana Trust. For investors to access Solana Trust, they will need a $25,000 minimum investment, with Grayscale’s standard 2.5% management fee.

According to Grayscale, the trust will give investors access to SOL in the form of security, while avoiding the challenges of buying, storing, and safekeeping SOL directly.

MicroStrategy Has Bought 28% of All Bitcoin Since its First Purchase

Michael Saylor’s MicroStrategy has become popular for being the biggest buyer of Bitcoin. MicroStrategy recently announced that between November 1st and November 29th, MicroStrategy acquired a total of 7,002 BTCs at a total price of $414.4 million.

While the analytics firm holds the top spot for a publicly-traded firm owning the most bitcoin, what is most interesting is that it has purchased 28% of all Bitcoin since its first buy.

The company’s first bitcoin purchase was announced on August 11th, 2020, during which MicroStrategy bought 21,454 bitcoins with an overall price tag of $250 million, including fees and expenses

MicroStrategy now holds 121,044 bitcoins, worth approximately $7 billion. Interestingly, even with Bitcoin trading above $56k, Microstrategy (NASDAQ:) has spent roughly $3.6 billion to acquire their entire bitcoin holdings (at an average purchase price of approximately $29,534 per BTC).

Jerome Powell, who was selected by President Biden to serve another four-year term as the chair of the Federal Reserve System, has announced that we should expect a central bank digital currency (CBDC) report in the coming weeks.

The United States has long been connected with CBDCs, but there has been no official push to develop one up to now. The Federal Reserve Bank of New York recently launched an innovation center to test CBDCs and stablecoins. However, Powell did not elaborate as to whether the report would come from this commission.

Continuing the trend for pushing greater regulations, Janet Yellen, the U.S. Treasury Secretary, has called for the proper regulation of stablecoins like (USDT) and (USDC).

When asked about bank oversight on stablecoins, Secretary Yellen has this to say:

A great deal of emphasis has been placed on the regulation of cryptocurrency, as it could dictate the future of the industry – an example of which has already been portrayed in China.

Bangkok-based crypto exchange Bitkub Online Co. plans to offer a new range of digital currencies and services in more countries. According to the CEO, Bitkub, which has gathered a valuation of more than $1 billion in just four years, plans “to become the Coinbase of Southeast Asia.”

The exchange is planning to set up its own units, or partner with existing players in countries such as Malaysia, the Philippines, and Laos in 2022. However, a Bitkub exec noted that the available technology and products will likely remain the same as those offered in Thailand.

At the end of November, Bitkub ranked as the 10th largest cryptocurrency exchange in terms of trading value on Coingecko.com.

There are over 3 million users currently active on the exchange platform. Bitkub has entered into partnerships with SCBx Group, The Mall Group, and the Tourism Authority of Thailand.

The use cases for Non-fungible tokens (NFT) have been growing steadily. Hollywood director and executive producer Niels Juul, who is behind Martin Scorsese’s “The Irishman,” has outlined plans to produce Hollywood’s first feature film – funded entirely by NFTs.

Juul has promised that investors would be incentivized from the profits and get to meet the production stars. He plans to sell 10,000 NFTs to raise between $8 and $10 million to fund his “NFT Studios” to create a series of films.

NFTs, which were once referred to as a bubble, have grown at a tremendous rate, with over $10.7 billion generated in transactions so far in 2021. Sports-related NFT sales have been a major contributor and, according to predictions released by Deloitte on Wednesday 1st, 2022 will be even bigger.

With the growth of the NFT sector, it must only only be a matter of time before mainstream adoption occurs at large.