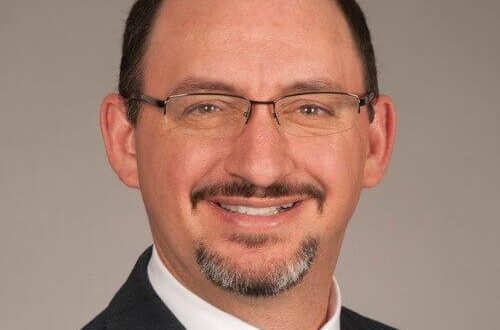 As US President Joe Biden signed into law the $1tn infrastructure bill, he was also turning up the rhetoric on tax reporting requirements for crypto transactions, claims Howard Krieger, CEO of unFederalReserve.

The bill contains a controversial cryptocurrency tax reporting requirement and was immediately opposed by the digital currency industry, which has in its corner a bipartisan group of senators that still hope to amend the law.

This means that, starting in 2023, cryptocurrency brokers will be required to record transactions, tracking them for customers and the IRS.

He explained the infamous crypto law, which focuses largely on the crypto handlers and their reporting requirements, is in effect.

“Small groups of Senators and congressional leaders have brought other digital asset regulatory matters up at times, but more directed or targeted legislation is not expected any time soon,” he said.

“Proclamations, comment letters, speeches and other guidance by various regulatory agencies is expected for the foreseeable future while judges are rightly abstaining from being activist in nature on either side of the issue, and are pressing most litigants to settle matters we see in the public domain.

“My hunch is that unless there is an egregious violation of an easily identifiable law, that pattern of deferring judgements and encouraging settlements will continue until State and Federal regulators enact true and meaningful regulation.”

Krieger added there were two big takeaways that crypto investors and institutions will need to incorporate into their business going forward.

“One, traditional reporting requirements for cash transactions of $10,000 or greater, have now expanded to include digital assets,” he explained.

“Two, crypto exchanges are required to send Form 1099-B, a federal tax document used by traditional brokerages, to report a customer’s yearly profit or loss. ”

According to Krieger, this means that the IRS will be getting a report of buying and selling from the exchange directly.

“It will not matter if an individual might not like, forget or abstain from self-reporting that activity,” he stressed, adding banks are required to file a CTR (Currency Transaction Report) for transactions over $10,000.

“Crypto exchanges will now fall under the category of entities required to report that activity as well.

“And, for those that think being anonymous might avoid some issue, there are actively expanding databases tying crypto wallets to users.

“We joke about the ‘long arm of the law’ in the US and it’s no different here.”

Krieger claimed the goal of reporting depends on who you believe and the philosophies to which you subscribe.

“I’m sure Uncle Sam also likes the tax receipts required to fund the bill of which these new regs are part and parcel,” he added.

“If folks do not like the legislation, then the response should be to endorse candidates for office that hold a similar philosophy, provide them money for campaigns, and when the time comes, vote early and vote often.”

Krieger also opined that the new requirements did not come at the end of some long-sought debate or controlled process.

“As far as I know, there were not opinion letters circulated for comment by committees, nor were interviews with users, industry professionals or academics conducted,” he said.

“In fact, the implementation of these two conditions specifically, felt more like an attempt to expand oversight and kick the real issues of cryptocurrency and digital assets down the road.”