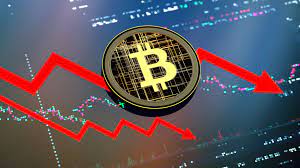 The rise of Bitcoin and other altcoins (such as Ethereum, USDT, Ripple, and others) has led to a new wave of digital currencies. These cryptocurrencies have recently generated considerable media attention and capital due to their capability of circumventing traditional banks and financial markets.

But what is the common thing between blockchain (the technology that drives the cryptocurrency world), and sports? In this article, we’ll find out.

Sports are more than just a game — they’re the heartbeat of a nation. But in order to keep fans excited and engaged, teams, clubs, and leagues need to upgrade their gaming experience. That’s where cryptocurrency comes into play. Cryptocurrency lets you earn loyalty points that you can use to buy stadium memorabilia or treat yourself with your favorite sports merchandise — all while supporting your favorite team or league. That is particularly true for the eSports industry, where everything happens online. For example, all fans could buy USDT to stimulate their favorite clubs.

Sports has become a truly global industry. As the world has grown smaller, technology has improved and communication between countries has grown easier, the industry has flourished. This growth stems from international competition and an increased interest in international sports, from fans and from athletes in many different countries. COVID stood in the way in 2020. While the pandemic has caused a severe crackdown on the multi-trillion-dollar sports industry, one thing that hasn’t changed is how we engage with our favorite teams as a community.

The mainstreaming of non-fungible tokens (NFTs) can be linked to the increasing popularity of video games, sports, virtual sports and collectibles. While the communities that build around video games often focus on player vs. player matches, athletes and clubs are increasingly turning to NFTs as a way to engage their fans in a new way — making it even more important for merchants to accept both real and virtual currency alike.

While the sports industry could benefit significantly from non-fungible tokens, as with any other sector, early adoption is a key. The only way to make sure you’re ahead in the market and to stay ahead is to be the first out of the gate and establish a significant presence before your competitors do.

Cryptocurrency sponsorship is nothing new — companies have been sponsoring athletes and teams for decades. But the blockchain and cryptocurrency landscape has changed the game — a sports team’s logo on the breast of a player’s shirt, for example, isn’t just an advertisement! The logo represents the hopes and dreams of an entire community of fans who can be brought together to support their team.

But sponsorships in times of crisis could revive teams that would otherwise not survive.

Athletes make a lot of money, but that money isn’t always worth what they think it is, and inflation eats away at their earnings. On the other hand, cryptocurrencies are touted as valuable investments because of their limited supply and potential to increase in value. On top of that, it has been proven over time that celebrities who own cryptocurrencies, build trust among their fan bases, thus increasing the demand and the price of the cryptocurrency.

For example, a 10 million dollar salary that would lose its value due to inflation could turn out to be much more because of a good investment, with some promotion.

The world of cryptocurrency is moving extremely fast, and already we have seen the introduction of blockchain technologies in a multitude of industries. Payments are one of the most popular use cases for cryptocurrency. Cryptocurrencies can be used to allow fans to purchase tickets and merchandise for clubs, for clubs to pay players’ salaries and transfer fees, and for sports clubs and organizations to benefit from more secure and transparent ticket exchange markets.

In the past, scams and frauds have been a massive problem for overseas fans. When they cannot get their hands on authentic tickets, they often miss out on concerts and lose their money. Blockchain technology can ensure that only real fans get authentic tickets.

Want to find out where the next game is broadcasted on TV or stream? You’re looking for a…

Mauro Ranallo is leaving WWE. Ranallo had worked with WWE since early 2016, first as a play-by-play announcer…

There’s been a surprising amount of litigation over political parody accounts on Twitter, from a lawsuit against Peoria,…