French twins – Igor Bogdanoff and Grichka Bogdanoff – have succumbed to Covid-19, dying just six days apart from each other. The death of the popular duo, often referred to as ‘crypto meme twins’, may leave a void in the speculative world of social media, where they were celebrities in their own capacities.

Who were crypto meme twins?

Igor and Grichka Bogdanoff weren’t just the crypto catapulted celebrities. They made many headlines in the past.

Their popularity dates back to nearly two decades, when in 2002 their controversial papers on science were published by prominent journals. The incident shone the spotlight on how the peer review system that is widely adopted by science journals can be exploited to garner popularity. A report by Centre national de la recherche scientifique (CNRS) declared that the research papers of the twins had little to do with science.

Born in 1949, Bogdanoff twins had a life-long relationship with controversies. The two denied having the plastic surgeries done on their faces, however, their appearance changed, with altered cheekbones, adding further popularity in the 2010s.

What crypto meme twins had to do with cryptocurrencies?

Reddit had much to do with linking Bogdanoff twins to cryptocurrencies.

It is said that a Reddit forum gave rise to conspiracy theories, which suggested the brothers had psychic powers to control the market of crypto assets. Having begun in 2015, these theories ruled some forums and were further ignited when the brothers claimed to have developed the Bitcoin code.

Igor and Grichka Bogdanoff even claimed that Bitcoin creator, Satoshi Nakamoto, whose own identity is unknown, gave the brothers a couple of Bitcoin that could be tangibly held.

Also read: As we enter 2022, know how Bitcoin compares with the US dollar

Bitcoin is a popular blockchain-based digital currency. It began in late 2000s and has become an asset with market cap larger than even Facebook at one point in time in 2021.

El Salvador, a Central American nation, legalized the cryptocurrency in 2021. It is claimed by Bitcoin’s staunch backers that the digital currency based on distributed ledger technology can save costs and time involved in remittances. Bitcoin has spawned multiple other crypto assets, referred to as altcoins, which include Ethereum’s Ether and Binance’s Binance Coin.

For now, Bitcoin remains a speculative investment asset for many traders – both institutional and retail. Its use as a legal tender has yet to demonstrate any real results. 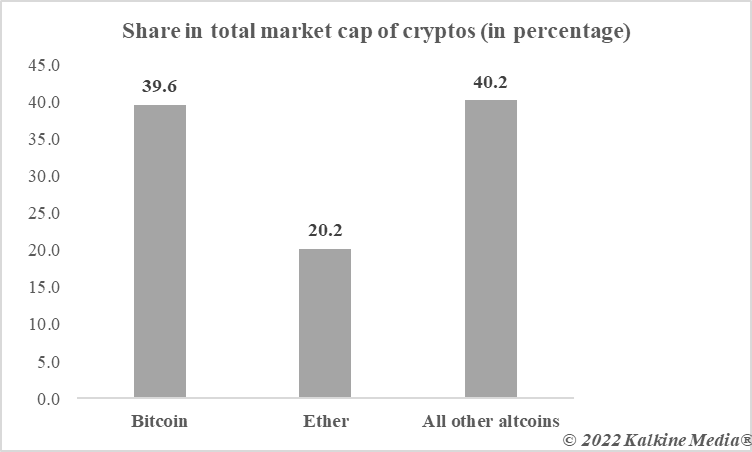 Igor and Grichka Bogdanoff were popularized as crypto meme twins by platforms like Reddit. It is also being reported that the brothers may not have been vaccinated against the Covid-19 virus, however, this cannot be independently verified as of now. The twins have died just six days apart from each other at the age of 72.