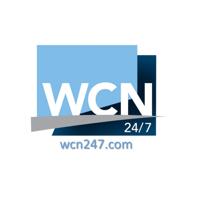 NEW YORK (AP) — A late-afternoon sell-off wiped out gains for stocks on Wall Street today and sent major indexes deeper into losing territory for the year. The S&P lost 1.1% and the Dow fell 0.9%. The Nasdaq slumped 1.3% after rising by 2% earlier in the day, mostly due to a reversal in technology stocks. As investors prepare for higher interest rates, shares in pricey tech companies and other expensive growth stocks look relatively less attractive. The major indexes yo-yoed between gains and losses throughout the day. Stocks are headed for weekly losses in what has so far been a losing month.

SAN RAMON, Calif. (AP) — Netflix delivered its latest quarter of disappointing subscriber growth during the final three months of last year, a trend that management foresees continuing into the new year as tougher competition is undercutting the video streaming leader. The company added 8.3 million worldwide subscribers during the October-December period, about 200,000 fewer than management had forecast. Netflix predicted subscriber growth well below analyst estimates for the first three months of this year, too. The disappointing news caused Netflix’s stock price to plunge by more than 19% today. The stock has experienced a steep decline during the past two months.

WASHINGTON (AP) — The Federal Reserve released a highly anticipated report on central bank digital currencies that suggested it is leaning toward having banks and other financial firms, rather than the Fed itself, manage digital accounts for customers. A central bank digital currency would differ in some key ways from the online and digital payments that millions of Americans already conduct. It wouldn’t necessarily require the user to have a bank account. The Fed’s paper, while stressing that no final decisions have been reached, said it would likely follow an “intermediate model” for a digital dollar under which banks or payment firms would create accounts or digital wallets.

NEW YORK (AP) — New York City Mayor Eric Adams plans to convert his first paycheck this week into two cryptocurrencies. he has been hyping as a potential economic engine for the city. The Democrat’s office announced Thursday that Adams’ first salary payment will be deposited with Coinbase, an online platform used for buying cryptocurrency. The Democrat says he wants to make New York “the center of cryptocurrency.” The city noted in its press release that federal labor rules bar the city from paying employees in cryptocurrency, but that any worker paid in U.S. dollars can use an exchange to buy digital coin.

INDIANAPOLIS (AP) — NCAA member schools have ratified a new, pared-down constitution. It clears the way for a decentralized approach to governing college sports that will hand more power to schools and conferences. The NCAA’s three divisions will now be empowered to govern themselves, a move that college sports leaders hope will reduce legal exposure after a resounding rebuke from the Supreme Court last year. For Division II and III, there will be little change. But there could be a massive overhaul in Division I, which has hundreds of big schools and millions of dollars tied closely to football and basketball.

Copyright 2022 The Associated Press. All rights reserved. This material may not be published, broadcast, rewritten or redistributed without permission.