‘Memeification’ of crypto: Will meme-based cryptocurrencies be taken seriously in 2022? – Gulf News 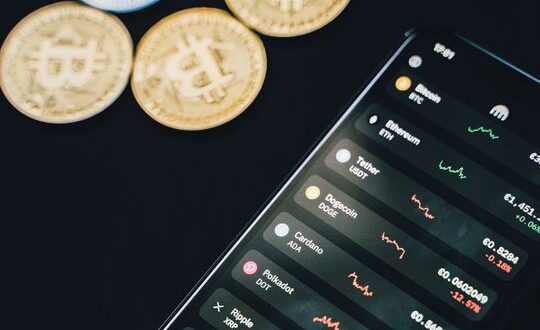 Dubai: Though cryptocurrencies have been around for more than a decade, they are capturing more headlines recently – more so in 2021 than any other year.

Ethereum lost nearly half its value within a few weeks in May. After rebounding, it fell roughly 20 per cent again in September. Over the past several weeks, the world’s second largest cryptocurrency has pulled back by 16 per cent.

Many wanted a piece of the crypto cake in 2021

Both institutional and ordinary investors have been along for the ride. But crypto is also incredibly volatile, as evidenced in the wild fluctuations seen during the past year.

“You can’t fight the (crypto) trend – this is what 2021 proved to everyone in the crypto world, including traders, regulators, supporters, and opponents,” said Dino Ibric, vice director at Dubai-based investment platform Swissquote MEA.

“With gains in Ethereum and Bitcoin within 2021, the global cryptocurrency market cap exceeded $2.2 trillion (Dh8 trillion), and with cryptocurrencies becoming more and more popular, we expect to see an ongoing demand for them in 2022.”

With the crypto wave, came meme coins in 2021

Although the internet culture has long been synonymous with memes, 2021 saw the emergence of meme investing in the world of cryptocurrency.

“2021 was the year of the ‘memeification’ of crypto and the growth of the popular culture that shaped the trend,” Ibric added.

Meme coins are nothing new in the world of cryptocurrency. The world-famous Dogecoin was created in 2013 as a joke, but its popularity only catapulted in 2021.

What are meme coins?

Meme coin is a cryptocurrency that are associated with some theme, often as a joke rather than a serious product.

A meme coin is a cryptocurrency that has almost no value and doesn’t do anything interesting. Meme coins are basically just culture coins, and people trade them because they like memes.

While meme-based currencies like Dogecoin have gained a massive following over the years, it also prompted several copycat versions, like Dogecoin-derivatives Shiba Inu, Dogelon Mars and Doge Dash.

Though they are often created as jokes, these coins can go mainstream. Dogecoin, for example, had a huge spike in value in May 2021 before levelling off, and is currently ranked eleventh in market value.

Still, their individual value is never very high – Dogecoin is currently worth about $0.15 (55 fils) per coin. But entering into 2022, experts predict that meme coins will have a further eventful year.

Cryptocurrencies besides Shiba Inu and Dogecoin that are driven by online memes and jokes are expected to take centre stage and record massive surges this year.

Will the meme trend continue in 2022?

With increased global adoption and more involvement by retail traders, meme currencies like Dogecoin will remain attractive to speculators due to their cheap price, accessibility, and huge potential gains due to aggressive volatility, opined Ibric.

“On the other hand, Bitcoin, Ethereum, and other major high-value cryptocurrencies will be targeted by institutional investors, funds, and ETFs, further solidifying their position as an accepted alternative asset class.”

Unlike other cryptocurrencies, which try to serve a real-world purpose, the point of most meme coins isn’t really to do anything. Instead, they’re largely vehicles for speculation, their value driven by hype. Meme coins generally begin at a price of a few cents or less but can quickly soar to hysterical highs.

Why has meme investing become so popular?

Firstly, let’s take a look at what actually defines a meme coin. Traditional cryptocurrencies are generally created as a means of solving real-world problems and to carry a degree of utility for users, whether that utility is privacy, borderless transactions, or acting as a native currency to projects.

Meme coins, however, are created with no such utility, and with no intention for any practicality whatsoever. They simply exist as a cryptocurrency that’s attached to a meme.

So with this in mind, why are investors flocking to buy into assets that have no fundamentals? Matter experts debate how that it’s likely that investors have discovered the power of community when investing in assets.

Although meme coins were created without much functionality, this isn’t to say that they don’t possess the potential to outperform the likes of Bitcoin and Ethereum in certain ways.

Notably, the circulating supply of coins like Shiba Inu and Dogecoin, at over 500 trillion and 100 billion respectively, means that they could become more practical for daily payments due to their lack of scarcity compared to Bitcoin’s far more limited capped supply of 21 million coins, for instance.

Risks of investing in meme coins in 2022

Since they are largely dependent on community sentiment and arbitrary outside influences like celebrity tweets, meme coin pricing is incredibly volatile.

While this means the value of a certain meme coin could drastically increase, as it did with Dogecoin, it could also crash very quickly if and when the community loses interest and moves on. Some people have also created viral cryptocurrencies in order to scam people out of money.

Taking advantage of the viral popularity of Netflix drama Squid Game, a Squid Game-based coin increased millions of percentage points in value to a peak of over $2,000 (Dh7,345) per coin before the creators sold off their units and disappeared with everyone’s money.

Many meme coins also aren’t backed by the same technology as established cryptocurrencies like Bitcoin, nor do they have any established ecosystem to support them.

Of the meme coins that are currently popular, only two use tested blockchains: Dogecoin’s protocol is based on cryptocurrency Litecoin, and Shiba Inu was built on the Ethereum blockchain.

Most of them are also largely valueless outside the cryptocurrency world; no one accepts SafeMoon as a form of payment for goods and services, for example, though some now accepts Dogecoin.

Because of their topical nature, it’s unlikely that most of the meme coins being created will still be around in a couple of years. Even if they are, their value will probably be next to zero.

Meme coins or not, crypto to stay volatile in 2022

Ibric said it is expected that 2022 will be shaped by further regulatory decisions on cryptocurrencies. “Central bank decisions will bring volatility to investment markets, including cryptocurrencies,” he added, which includes meme coins, among several others.

“Excessive and complicated regulations, and the complete lack thereof, can open the door to unregulated and unethical activities in the crypto world. The best-case scenario is regulatory collaboration to craft sound regulations, and we believe this will happen sooner rather than later.”

“The acceptance of cryptocurrencies as a disruptive digital asset will continue to grow in 2022, paving the way for institutional investors to ramp up their investments in crypto assets. Further, we expect the crypto trend to continue in 2022 and see high demand for cryptocurrencies.”

Verdict: Meme coins – invest or not to invest?

While it is possible to make money investing in meme coins, it’s never a sure thing. These cryptocurrencies are even more volatile than their mainstream counterparts and can plummet in value overnight.

Meme coin or not, even the most hyped cryptocurrency could end up being a scam in the end. Once it gets popular and spikes in value, retail investors sometimes jump on board and further boost the coin. Prominent online figures and celebrities also drive up the popularity of certain meme coins.