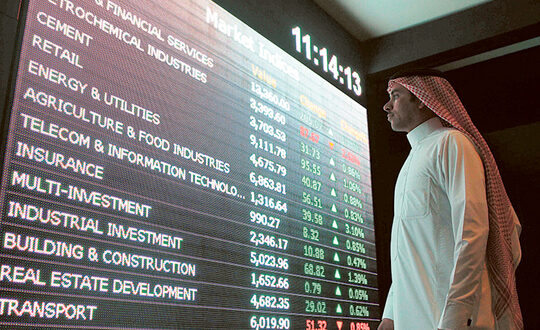 Riyadh: Elm Co., a digital security firm owned by Saudi Arabia’s sovereign wealth fund, is seeking to raise as much $820 million from an IPO as the kingdom pushes ahead with plans to raise money through selling stakes in a raft of companies.

The initial public offering’s price range has been set at 113 riyals ($30.13) to 128 riyals, according to a statement. Institutional book-building for 24 million shares will start Sunday and ends Friday.

The IPO comes as countries in the Middle East step up efforts to sell shares in private companies and boost liquidity on their stock markets. Saudi Arabia was the leader in the region last year, with several listings including that of the Saudi stock exchange, ACWA Power and Saudi Telecom Co.’s internet-services unit.

The sale also comes in the backdrop of state-owned Public Investment Fund planning to plow deeper into public markets this year by investing about $10 billion more into listed stocks.

Elm traces its roots to a research company established in the 1980s. It developed several online services for the Saudi government including the Absher platform, which enables residents and citizens to carry out transactions such as traffic fine payments.

The Riyadh-based company also created a system for managing the entry of foreign pilgrims into the kingdom to visit Mecca and Medina, according to information on Elm’s website.

Riyad Capital is the financial adviser and underwriter for the IPO, which opens for retail investors for four days from February 3 after the book-building process.