3 Stocks That Can Outperform Bitcoin – The Motley Fool

Cryptocurrency has moved into the mainstream for many investors who are wowed by its past performance and potential to power new technologies and services. Many crypto coins come with a lot of risk, but some, such as Bitcoin, have demonstrated their worth and stability. Bitcoin is now accepted as a method of payment for many vendors as well as a decentralized store of value. Bitcoin’s price has soared over the years, but growth has slowed down to 6% over the past year.

Although there is a long growth trajectory for Bitcoin and other cryptocurrencies, many stocks may offer greater potential and lower risk. Three Motley Fool contributors chose Amazon (NASDAQ:AMZN), FuboTV (NYSE:FUBO), and DraftKings (NASDAQ:DKNG) as their picks for stocks that can beat bitcoin. 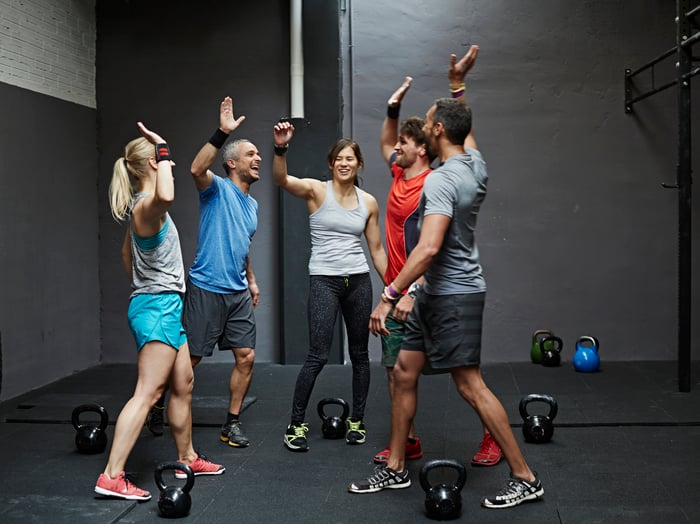 Jennifer Saibil (Amazon): Amazon was one of few tech companies to wow the market with its fourth-quarter earnings report. Business is slowing down after the rush of the early pandemic stages, but it’s still robust. Fourth-quarter revenue came in at the high point of guidance, increasing 9% year over year to $137.5 million, on top of 44% last year. The most outstanding part of the report was the earnings per share (EPS), which increased from $14.09 last year to $27.25, a figure most companies would envy. Some of that came about through its investment in electric vehicle start-up Rivian Automotive.

Management is guiding for a low 3% to 5% year-over-year sales increase for the 2022 first quarter (on top of 44% last year), or $112 million to $117 million. Amazon Web Services (AWS) was even stronger than usual, with revenue growing 40% year over year, and operating income was even more impressive, increasing 47% year over year.

But the reason to consider buying Amazon stock has to do with the future, because it’s not planning to slow down. CEO Andy Jassy mentioned new entertainment and more AWS, as well as the “plethora of new capabilities that we’re building in areas like Alexa, Ring, Grocery, Pharmacy, Amazon Care, Kuiper, and Zoox.”

Amazon’s stock price rose on the earnings report, but with the huge jump in earnings, the stock valuation came down to 49 times trailing-12-month earnings. That’s pretty cheap for the growth engine that Amazon is and deserves a premium for.

Between its seemingly endless array of businesses and opportunities, plus its war chest of cash that allows it to try new ventures, Amazon is almost ensured to continue to grow for a very long time. It remains one of the best stocks to add to any portfolio.

John Ballard (FuboTV): Millions of U.S. households have cut the cord over the last decade, but it’s still a small percentage of the overall population. Data from Statista shows that only 24% of U.S. households have ditched cable TV through 2020. While that’s up from 19% the year before, it reveals that the majority people still haven’t found a suitable alternative to local news, live sports, and other premium cable channels. That’s where FuboTV’s sports-focused streaming service could win over millions of potential households over the next decade.

FuboTV offers over 50,000 live sporting events each year, and that vast lineup is already attracting a rapidly expanding audience. Revenue grew 156% year over year in the third quarter as it crossed the 1 million subscriber level.

More than 72 million households still subscribe to traditional TV. At a market cap of just $1.4 billion, Fubo doesn’t have to capture much of that market to deliver big returns to investors. It will take significant demand from investors to lift Bitcoin’s market cap from its current $787 billion to $7.8 trillion. But a 10x return for FuboTV would still put its market cap at a relatively small $14 billion.

DraftKings is rapidly growing revenue as it expands into new states

Parkev Tatevosian (DraftKings): DraftKings is a mobile gaming and gambling business that offers customers the opportunity to wager on the outcome of sporting events and casino-style games like blackjack. The company is gaining momentum as more states are warming to legalizing the activities. DraftKings has accelerated revenue growth in the last two years and is well on its way to doing that again this year.

What’s more, DraftKings recently launched in the potentially lucrative New York market with mobile sports betting. One estimate suggests the state could bring in $1 billion in gross gaming revenue per year. To put that into context, DraftKings earned $615 million in revenue in all of 2020. According to DraftKings, it has made a market share of 33% so far in mobile sportsbooks. Achieving a similar market share in New York could mean an incremental $333 million of revenue in 2022. The expansion for DraftKings is still in its early stages. It is only live with a mobile sportsbook in 17 states, and that excludes several high-value markets like California that have yet to legalize the activity.

Its revenue can keep growing as it enters new markets and becomes available to millions more consumers. DraftKings is spending aggressively to acquire customers and increase brand awareness in conjunction with this growth. The costs spooked some investors, and the stock is down 66% in the last year. Fortunately, that gives long-term investors to buy this explosive growth stock near its lowest price-to-sales ratio. For those looking for high-risk, high-reward opportunities for their money, DraftKings stock is worth watching.