Can gamers sitting on their couch earn the same amount of euros (or even more) than Lionel Messi per game at PSG?

Few will dare to say so, however, the results of new studies reveal that at least 3.1 billion people (approximately 40% of the world’s population) play video games, and many are generating income with games like Axie Infinity.

In 2019, Giersdorf, a 16-year-old sports player, won more than $3 million in a Fortnite Championship. That’s more than the $2.98 million that Novak Djokovic made after winning in Wimbledon in 2019.

Now, a new metaverse aims to harness the potential of virtuality and the new promises of play-to-earn games: MetaSoccer, a project powered by the Spanish studio Champion Games.

MetaSoccer was built on the Polygon network and is the first of its kind in creating opportunities for its users to experience soccer fever, manage their own club, and generate a source of income while they play.

The emergence of MetaSoccer sets in motion a multi-million dollar market with global impact in video games, soccer, and sports betting, all intertwined by blockchain technologies and NFTs.

In this metaverse, players can find, train, play, and invest in the NFT version of great promises of soccer and include them in their team.

In fact, in its whitepaper, the project shows more than 10 ways in which income can be generated.

The ultimate goal of the Spanish startup “is to create a new generation of digitally native soccer players and clubs, which in the coming years will reach similar valuations to those of professional soccer leagues,” said co-founder of the project, Patxi Barrios.

In short, the Champion Games studio aims to have the next stars like Lionel Messi and Cristiano Ronaldo “to be born in the metaverse and play on a platform like ours,” according to a press release by the firm.

The Importance of the Metaverse and Soccer

Bloomberg Intelligence estimates the current value of the metaverse at $500 billion, and is expected to cross $800 billion by 2024.

According to an audit by the Deloitte, a global financial consulting firm, NFT transactions will double in the course of 2022 and generate more than $2 billion. Deloitte estimates that between 4 and 5 million soccer fans around the world will acquire an NFT in 2022. 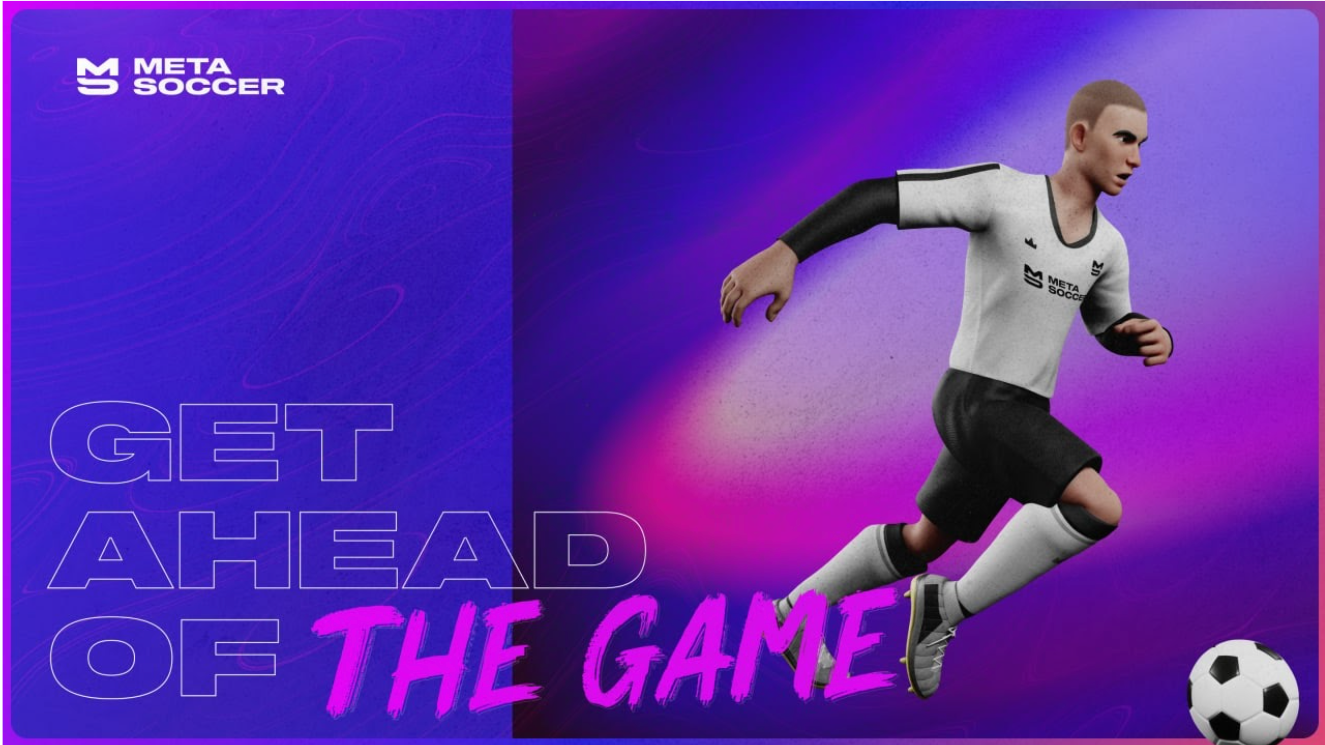 MetaSoccer users own their virtual assets on the gaming platform (teams, stadiums, players, etc.). Transactions can be made using the MetaSoccer Universe token ($MSU) and MetaSoccer Cash ($MSC).

Users of this infinite universe have ways to earn a profit on these tokens. The most conventional source of revenue is winning matches against other users, winning a Cup, or finishing the season in the top positions of the League.

In addition, MetaSoccer allows users to acquire tokens by transferring players discovered by the club’s scout or by loaning players to other teams for a limited period of time.

As in the real world, the clubs in MetaSoccer can charge a commission for the sale of future talents.

Sports consultants also play a prominent role in this metaverse. They are tasked with keeping an eye on future stars and obtaining endorsement contracts as the team gains popularity.

Renting the stadium to other teams as well as selling tickets to fans attending games is another source of revenue.

At the Gates of Youth Scout Staking

The first interaction of the MetaSoccer universe is about to start with a Youth Scout Staking.

On February 9th at 13:00 UTC, the ball will start rolling and all Youth Scout owners will have an opportunity to participate in Staking.

Users who have Youth Scouts will be able to send them to the Conference Tour (CT) in MetaSoccer and will be paid in $MSU and $MSC.

The event will last 30 days. Each YS can hold only 1 Conference Tour event which will be active during Q1-Q2.

Users will not be able to sell their scouts while participating in this event. Scouts will be redeemable before staking ends.

Rewards will be claimed at the end of the CT. If the user did not redeem the ticket when the CT is live, they will not be able to wager it.

The reward of the bet will depend on the general knowledge of the YS.

To start playing MetaSoccer is to start winning in a universe that is more realistic than any other in the world.