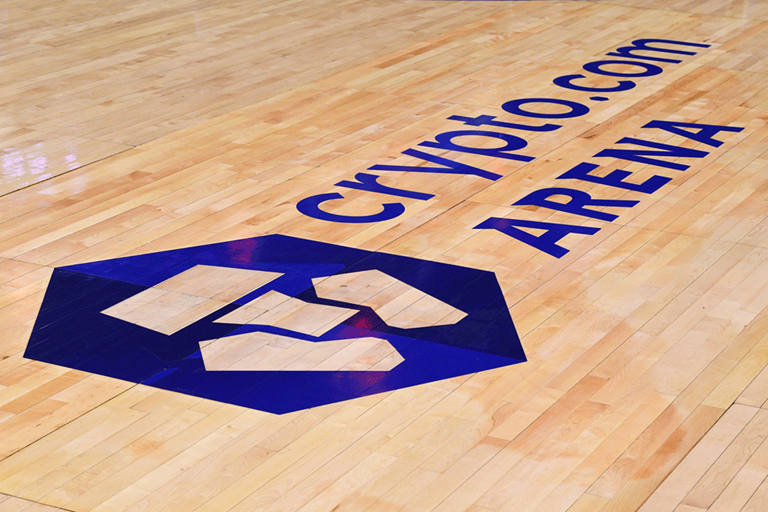 The NBA and its teams have embraced the crypto market, with the home of the Los Angeles Clippers and Lakers, formerly Staples Center, now known as Crypto.com Arena.getty images

Some of this year’s buzziest Super Bowl ads came from Coinbase, Crypto.com and FTX, cryptocurrency exchanges that are among the biggest new spenders in sports marketing. Before the game in Los Angeles, NFL staff stayed in a hotel next door to the venue where Crypto.com established a record-setting naming-rights expenditure just three months earlier.

But the path to the NFL and its 32 teams grabbing revenue directly from the crypto segment remains unpredictable and complicated.

NFL Chief Revenue Officer Renie Anderson said she is “hopeful” a policy can be approved by owners at the annual league meeting March 27-30 in Palm Beach, Fla. But during Super Bowl week, she acknowledged it “may or may not happen” by then.

The NFL is the only major North American league that still does not allow most crypto-related companies to sponsor teams. While the NFL generally moves last when it comes to new categories and still generally manages to reap the largest rewards, the pressure from the huge new deals within the MLB, NBA, and even UFC was evident.

Nearly universally, NFL team revenue executives gathered last week in L.A. say they could do multimillion-dollar deals within weeks of a policy adjustment.

“The salesperson in me wants to be aggressive and take advantage of the opportunity right now,” said a partnerships vice president at an NFL team in a top market. “My impression is the league would like to wait until it gets more regulated. Before that, my read is that there’s too much risk and exposure for their taste.”

When asked if the recent plunge in crypto value affected the NFL’s path toward opening these categories, Anderson said: “Yes, 100%.” In a period from late November to late January, prices plunged and nearly $1.35 trillion in wealth was wiped out.

“It’s very volatile, and that’s actually part of the unknown,” Anderson said. “How many currencies are out there, 7,000? There’s a lot of volatility.”

Even if a policy is approved, it may not be enough for 32 revenue-hungry teams.

Anderson emphasized the differences across the wide range of crypto-related businesses. Some are relatively traditional asset managers who happen to work with digital currencies — those are permitted under league rules issued last year, as long the deals limit advertising and sponsorship rights to “promoting the company’s corporate brands.”

However, existing rules block deals for “specific cryptocurrencies, initial coin offerings, other cryptocurrency sales or any other media category as it relates to blockchain, digital asset or as blockchain company,” according to a letter sent to teams last summer. That blocks exchanges.

League officials are cognizant of the potential, but they are not pursuing the “it” category with all due speed.

“We’re in the relationship-building business,” said Nana-Yaw Asamoah, NFL vice president of sponsorship and business development. “So, we know who’s there and have noticed how much they’ve been spending in sports. But we’re really not after that category now. Like everyone else, we’re still trying to understand everything blockchain means.”

The lack of a clear regulatory framework is a major barrier to the NFL getting comfortable with cryptocurrency, Anderson said. The exchanges are regulated by some state and federal agencies, but full-fledged regulations remain a work in progress. The NFL is in close contact with banks, wealth managers, the SEC and others to learn how this is likely to proceed, she said.

The NFL is more confident in products based on the blockchain that don’t require cryptocurrencies to function, like its deal with Ticketmaster to create virtual ticket stubs as NFTs. Dapper Labs’ NFL-themed NFT collectibles are tied to the Flow blockchain. They soon will be available to be purchased with dollars ; the NFL specifically does not promote Flow’s native currency.

Fan tokens, a cryptocurrency-based product that allow fans to claim an “ownership” stake in a team, are promising but won’t be offered until the government regulates them, Anderson said.

The league must be careful that its attempts to monetize the crypto world don’t undermine the existing portfolio of financial services sponsors, said SoFi CEO Anthony Noto, the former NFL chief financial officer.

“If you’re going to do the crypto category, you can do crypto banking, crypto lending, crypto brokerage …” Noto said. “So there are so many different categories and how does that infringe on your current rights? You don’t want to splinter the rights so much that your current partners don’t get value.”