When Bitcoin was first started back in 2009 in response to the stock market crash of 2008, most people never saw cryptocurrency as an illegitimate form of currency. 13 years later, though, people are using Bitcoin for many things. People can use Bitcoin to buy tickets at select sporting events and even play games on their favorite online casino website. 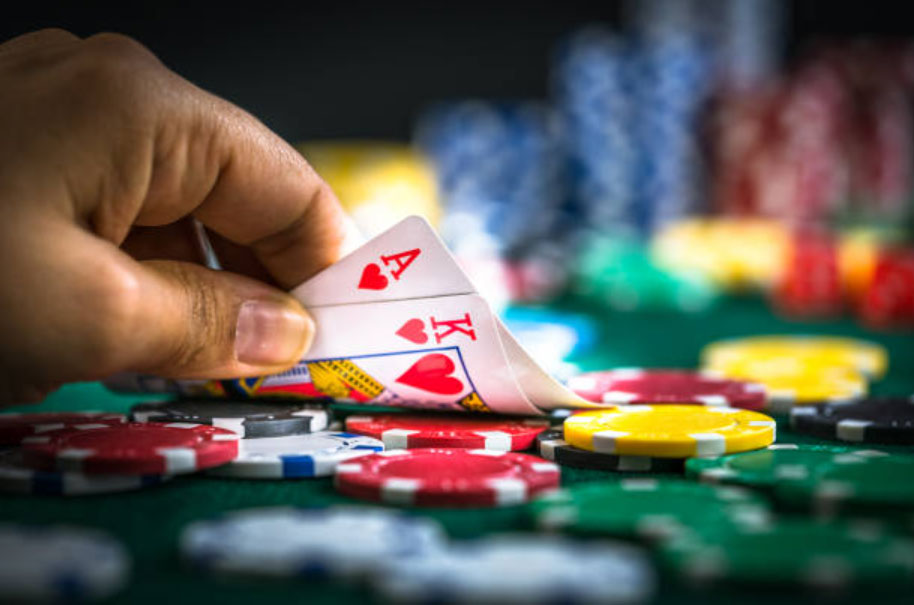 With Bitcoin being more popular now than ever before, is that why it has grown into a form of payment when gambling? We know that Vegas casinos can’t accept Bitcoin for gambling purposes, but they allow for the use of Bitcoin to buy goods from their gift shops and restaurants inside the casino. Vegas casinos also allow people to convert Bitcoin into cash at ATMs on-site so they can gamble.

While Bitcoin is popular, and some Vegas casinos are friendly to the use of Bitcoin to shop with, they can’t have machines that accept Bitcoin for gambling because of a lack of regulations on Bitcoin. However, that isn’t the case for online gambling and online casino games.

Bitcoin Allowed for United States Gamblers To Get Around Regulations

Going back to 2009, when Bitcoin was first introduced to the world, gamblers in the United States saw Bitcoin as a way to get around the regulations that were in place at the time there. In the United States back then, some laws banned online gambling. The first was the Professional and Amateur Sports Protection Act of 1992, and the second was the Unlawful Internet Gambling Enforcement Act.

The Professional and Amateur Sports Protection Act of 1992, also known as the Bradley Act, outlawed sports gambling in the United States until the Supreme Court overturned it in 2018. But when it was enacted, people couldn’t bet on sports except in New Jersey, which legalized it in their state in 2014, a move that led to legal challenges that would, in turn, have the Bradley Act deemed unconstitutional.

The Unlawful Internet Gambling Enforcement Act, UIGEA for short, was meant to prevent casinos from using the internet to take “restricted transactions” based on existing federal and state laws. While this put the hammer down on people using debit and credit cards, it wouldn’t affect anyone that used Bitcoin. The reason for this is because of Bitcoin’s ability to keep its users almost entirely anonymous.

The Rise of the First Bitcoin Gambling Site

With gamblers in the United States being restricted on what they can do, they saw Bitcoin as the way to get around the law. By 2012, SatoshiDice would create an online gambling site that accepted Bitcoin for gambling uses. While the site was a hit for gamblers in the United States looking to get around the laws there, the site would have to block all US players in 2013 due to legal action being pursued against the online casino by the US. Not long after that, the online casino would be sold for $11.5 million.

While the first Bitcoin online gambling site didn’t last long, it would breed thousands of other Bitcoin-friendly online casinos. With Bitcoin in the limelight, both casinos and gamblers were looking to take advantage of the use of Bitcoin.

US Finance News: Live Updates Ben Bernanke speaks to future of cryptocurrency as prices tank Former Fed Chairman Ben Bernanke sat down with CNBC to discuss the collapse in the crypto-currency market. One issue that the crypto industry has faced is identifying a long-term use case for their product. At one point, many thought that […]

What’s the latest news from the world of cryptocurrency? We monitor all the latest moves and keep you updated regularly with the key developments. Got a crypto story to share? Email: amichael@forbesadvisor.com Emirates To Allow Air Travellers To Pay With Bitcoin A major international airline is to add Bitcoin as a payment option and launch […]

Established in 2018, Bitget is one of the world’s leading cryptocurrency exchanges. Currently serving more than two million users across 50 countries, Bitget accelerated its mission to promote decentralized finance in 2021 with a 500-strong workforce spanning over twenty countries. Since Bitget’s official launch in the crypto derivatives market in June 2019, the platform has […]