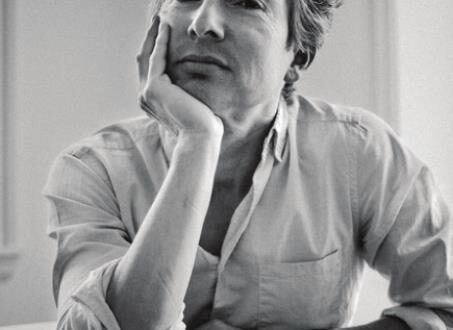 Beyond Reason by Rob Perez:

If you take financial advice from this column, in the future, you may not be able to afford to read this column. That said… let’s talk digital currencies. There are more than 18,000 cryptocurrencies on the market but what is it? Most agree it’s a digital currency that operates outside the traditional government/banking control, instead using public ledgers known as blockchains. But did you know that anyone can make a digital currency with a little coding? Yes, you and I can make our own digital currency. Late Show host Stephen Colbert’s crypto is called Ijustmadethatupeum. But is it a currency?

I have a friend who goes to a staple joke when the waiter comes for the dinner tab. “Do you take cash?” He usually wins a double take. You could update the joke: “Do you take Bitcoin?” No, they do not. You can’t pay for gas/groceries/rent etc. with digital currency. But, according to many sources, on the dark web, you can buy illegal goods and services with crypto. You can also use crypto to buy more crypto. Is that a currency?

“Crypto is a solution in search of a problem,” according to Adam Lashinsky, former executive editor at Forbes magazine. And Warren Buffett said, “If you told me, you would own all of the Bitcoin in the world and offered it to me for $25, I wouldn’t take it because what would I do with it? I’d have to sell it back to you.” In fact, many have called crypto a Ponzi scheme. It only works if you get someone to buy what you’re selling for more than you paid for it.

But crypto has loud cheerleaders: Crypto has world-changing potential! Crypto is the future! You’re gonna need crypto in the Metaverse. A select few made millions, even billions. Celebrities like Tom Brady, Gweneth Paltrow, and Reese Witherspoon are just a few pushing it. Matt Damon endorses it with the words, “Fortune favors the brave”, comparing crypto investors to the Wright Brothers. The commercial first aired on October 28, 2021. At the time, Bitcoin was trading at a little over $61K. Today it’s under half of that. (Disclaimer: This is a weekly column and crypto numbers fluctuate wildly.) Here’s another celeb story: On June 14, 2021, Kim Kardashian promoted EthereumMax. Today it’s worth, um, well, zero. If you wanna buy a celebrity’s shirt, at least you’ll have a shirt.

TerraUSD (a crypto) is the Washington Nationals “most visible brand partner.” When the Nats signed the deal back in February, TerraUSD was trading at a dollar. During the two weeks I wrote this column, TerraUSD’s price fell from $0.07 to just under $0.02! The Nats suggested in the future you would be able to use Terra to buy things at the stadium. A hot dog and a beer will run you about $24 USD or 1200 TerraUSDs. That’s a lot of US dollars for a dog and brewski but I have no idea whether that’s a lot of TerraUSDs. Look, by the time this is printed, the number of TerraUSDs you need may not even be a number. You may have to pay in letters.

But how about the crypto market in general? The crypto market was once worth $3 trillion. Today it’s at $1.2 trillion. Do you know how many zeroes that is that disappeared? I don’t. Some may ask, Bitcoin plummeted 80 percent in 2018 then rebounded. Is this time different? I have no idea. This column is supposed to be a joke?!

Look, if you’re taking financial advice from celebrities, that’s funny! On the other hand, Paul Krugman, a Pulitzer Prize winning economist from the NYTs says: “Regulators made the same mistake on subprime: They failed to protect the public against financial products nobody understood.” So, I suppose that’s not quite as funny.

Yes, smart people keep saying: It’s early days! This is the internet in 1996! But Bitcoin has been around since 2008. I don’t remember fourteen years into the internet people struggling to tell me what it was for?!

My unsolicited crypto advice: If you’ve got money to burn and you wanna put it in crypto, go read Molly White’s Blog first: web3isgoinggreat.com. Your eyes may fall out of your head, but you will learn something from posts like: “Terra decides to release ‘Terra 2.0’ because apparently the way to fix a crypto catastrophe is with more crypto.” Also, Warren Buffet called crypto “rat poison squared.”

Generally, my financial advice starts and ends with Buy low, sell high. But this column does include a hearty dose of skeptical. I am skeptical of crypto. Also, crypto reminds me of a joke-book by comedian Steve Martin “How I turned a million dollars in real estate into $25 cash.” Did I mention anyone can make their own crypto? Yes, anyone.